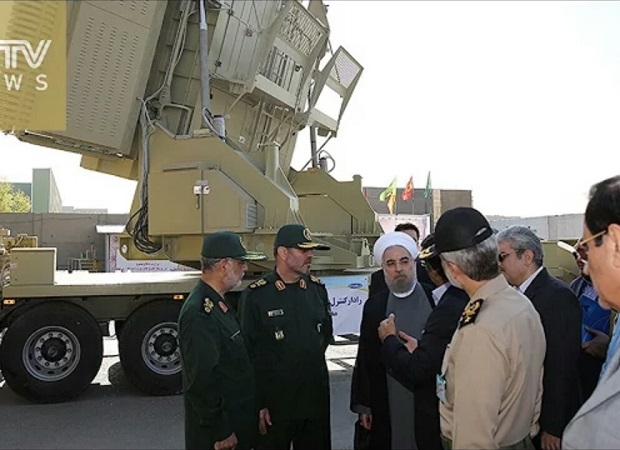 Iran has deployed the Russian-made S-300 missile system to fortify its underground nuclear facility at Fordo. Tehran’s decision to deploy the missile system at the site should set alarm bells ringing for the Obama administration. Prior to the Nuclear Deal, the installation at Fordo was used by Iran to enrich Uranium, vital component for building a nuclear bomb. The enrichment process was to be halted at the location under the Obama-sponsored agreement. According the deal, Iran was required to repurpose the centrifuges at Fordo and turn one of its major nuclear installation into a ‘medical research facility’, dedicated to ‘medical imaging’.

For those waiting to hear the thunderous sound of that ‘snap back’ promised by President Obama in the run-up the Iran Deal — please don’t hold your breath.

In July, Russia’s state-run news agency TASS confirmed the delivery of S-300 missile system to Iran. Parts of the Russia missile system were also on display at a military parade in Tehran on July 17. reports:

Video footage posted late Sunday on state TV’s website showed trucks arriving at the site and missile launchers being aimed skyward. It did not say whether the system was fully operational. (…)

Critics of Iran’s nuclear program pointed to Fordo as further proof of Tehran’s intention to secretly develop nuclear weapons. Iran insists it has never sought nuclear arms, and says the security around the site is intended to protect it from U.S. or Israeli airstrikes.

Iran reportedly agreed to pay $1 billion for the shipment of this latest Russian missile system. Part of Iran’s $100 billion windfall from Obama-Kerry Nuclear Deal is now financing the fortification of Tehran’s nuclear sites.

Iran’s latest military build-up shows that the Mullah Regime is preparing for a showdown with the United States. On Monday, Iran inaugurated a new radar system designed to detect radar-evading U.S. planes like the U-2 reconnaissance aircraft, Global Hawks and Predator drones.

Iran’s 77 year-old theocratic despot, Ali Khamenei — whom President Obama ever so reverently calls the “Supreme Leader” — can still be seen every Friday at Tehran’s central mosque preforming his 70s-hit “Death to America”.

President Obama might consider the Iran Deal as our ‘best chance to peace’ that magically, as he puts it, “cuts off all of Iran’s pathways to a bomb”. However, Iranian Regime has neither put aside its sworn animosity to the United States, nor given up on its ambitions to acquire a nuclear bomb. Worse still, Iran is not even making an efforts to cover its tracks and Obama administration couldn’t be bothered to notice.

Peace in our time.

Those who do not know history have condemned us to repeat it.

We have about 5 years to prepare for a limited nuclear exchange in the Middle East. Assume that Jeddah, Terhan and Tel-Aviv will be utterly destroyed. Assume that the infrastructure for Middle East Oil will be wiped away.

It is imperative that North America be fully energy self-sufficient by that time.

You’re thinking of a different lot of people.

This group fully knows history, and they’re bitter that the Marxists didn’t win the first time. So they’re hell-bent to make sure they do this time.

No, they do not know our history. They only know the spin that Marxists put on it, without depth or understanding of our basic documents or concepts, such as equal protection under the laws and due process.

They confuse our nation’s reluctant willingness to pour out our blood and treasure to put an end to malevolent tyrannies as making us the real Evil Empire. That’s because they trade in imaginary stories, not reality.

And the whole world will pay the price, once Iran gets their dirty hands on the A-bomb.

I wonder where they got the $ to buy them?

Think about how much better a position Putin will be in if oil goes to $200 a barrel.

The least they could do for Obama is to post a large sign next to the missiles saying Paid For with Your American Tax Dollars.

I’ve wondered betimes if the Cold War ever “ended”, or if there was simply a pause to accommodate the collapse of the old regime.

The Russians have been on a very aggressive and smart weapons development program specifically aimed at defeating NATO.

To continue the “war” analogy, we “won” the “cold war” but then our opponent did what defeated armies often do… they turned to “guerrilla” tactics. They focused on infiltrating our culture, our schools, our courts, etc. They’ve been having stunning success. If you don’t believe me just talk to some college kids.

But that was ALWAYS true. One of the main thrust of Soviet policy was infiltration, subversion, and propaganda. Which is why there was a major Soviet operation in Hollywood.

What was the price tag on those missles? $400 million?

I really hope Israel grows the balls that America won’t, before it’t too late.

Not a surprise to anyone who hasn’t drunk the leftist kool-aid and has been paying attention. As bad as things are right now in the M.E. actions like this indicate what’s going on right now is just a prelude of what’s to come. Iran has never given up on it’s goal of wiping Israel off the map and now it’s taken a significant step to protect that goal by installing these missiles to protect this nuclear facility.

We are seeing the fruit of the communist/muslim orthodoxy which is a very long range goal. We, here in the US, base everything on a four-year election cycle and any good that is started by one admin that is not admired by the next admin is cancelled or put out to pasture. All of our media/schools are working, unpaid I might add, for these two groups with free rooting sections and bad press for the other side. As a natural born optimist, it is very difficult for me to see any way out of this death spiral. When you stop and consider that hillary is even being CONSIDERED, not to mention most likely to be elected, for/to the highest office then you know we haven’t much time left. The propagandists are winning and truth and ethics are losing.

If these were American missiles guarding an Iranian nuclear facility,the outrage would be severe. There’d be 100 comments. The usual vitriol towards President Obama and Valerie Jarrett.

However,since the GOP/conservatives/right wing are a bunch of Putin loving traitors,the hatred for Russia working with Iran is minimal to non existent. Even though these are Russian missiles. Nowhere in the article or any comment is Putin being attacked. Another example of how anti black motivated hatred towards this president is presented. I wonder what all of you will say when your hero’s(Putin’s) missiles hit Israel?