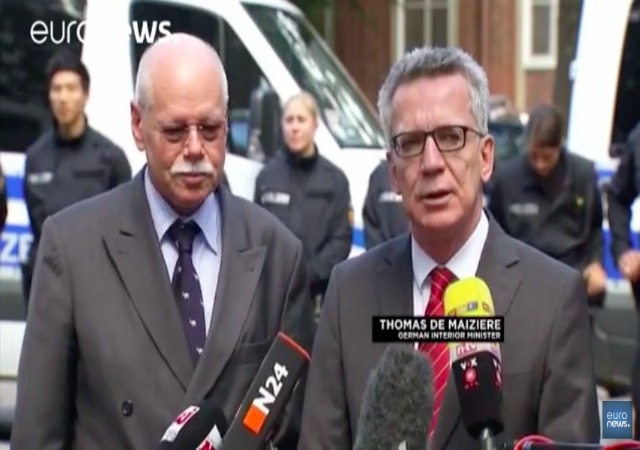 German Interior Minister Thomas de Maiziere has proposed a ban on burqas due to the numerous terrorist attacks along with pushing officials “to speed up deportations of rejected asylum applicants and loosen privacy protections.”

The proposal also states that doctors “would have to inform the authorities if they become suspicious that a patient was planning to harm other people.”

State interior ministers from the Christian Democrats (CDU) and Christian Social Union (CSU) have joined Maiziere on his quest.

Under current laws, doctors in Germany face a year in prison if they breach their confidentiality with patients. But Maiziere’s proposal would mean the doctors wouldn’t face any punishment if they report anyone they fear poses a danger to the public. This has received the most criticism:

Frank Ulrich Montgomery, the head of the German Medical Association, said: “Patient confidentiality protects patients’ privacy and is a basic right under the constitution.

“The tense domestic security situation must not tempt us into rash political and legal measures.”

The ministers also plan to “deploy up to 15,000 more police officers by 2020 and arm them more heavily, as well as affix them with body cameras and increase video surveillance of public places and transit.”

They desire to ban the burqa and dual citizenship since they are “a great hinderance to integration.” They wrote:

“We reject these split loyalties,” the ministers announced in a joint statement. “We suggest that those who want to engage in the politics of foreign governments leave Germany.”

The plan also calls for harsh punishment for religious leaders of foreign extraction who make inflammatory statements: “We call for the prompt deportation of non-German hate preachers.”

Politicians have called for easier deportations, but became more fierce about it after a Syrian refugee, who did not receive asylum, blew himself up outside of a music festival in Ansbach, injuring 12 people. The government let him stay in the country “because of the situation in Syria.” Maiziere said they suspended his release due to his “psychological instability.”

The terrorist attacks have led the government to consider tightening their gun laws and pushing the army into a bigger role for the German Army.

The problem in Germany is not burqas or gun-control laws.

And bumping up the police presence will be useless; all it will give them is an even larger cadre of people working at the official coverup of Muslim crimes.

A progressive slope that could have been avoided through judicious change of anti-native policies in Syria, Libya, etc., and Germany.

A bandaid when major surgery is required.

All I can say to Germany is that you better hurry up and do something constructive because the rest of the civilized world sees you circling the drain.