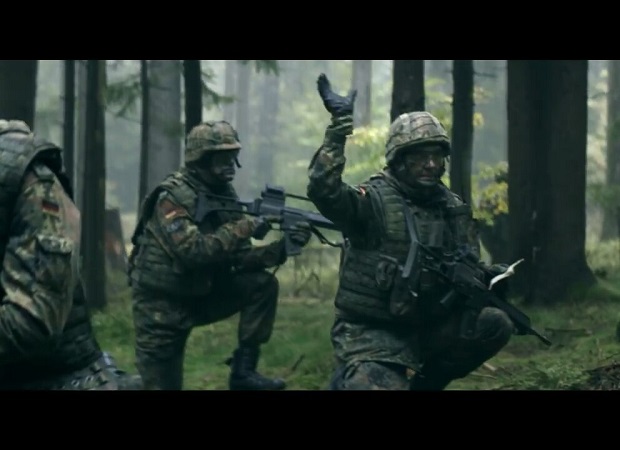 With three major terror attacks in less than a week, Germany has been rudely awoken to a harsh new reality. Two of the attackers, Afghan (17) and Syrian (27) with refugee status, had pledged allegiance to Islamic State before embarking on their terrorist mission.

Last fall, Germany was instrumental in suspending European laws governing the entry of Asylum seekers into Europe (Dublin Regulations). Millions of young men, mostly Arab and Muslim men from Middle East and North Africa made their way towards Europe. In 2015, Germany alone took in more than a million migrants.  Many of these men not only brought their prejudices but also radical Islamist believes, which makes them easy targets for Islamist recruitment. Islamic State too has claimed using migrant influx to sneak in its operatives.

Series of Islamist terror attacks committed by ‘refugees’ and migrants have finally confirmed our worst fears. Europe’s Migrant crisis is fast turning into a security nightmare.

During the shooting spree in Munich, Federal Defense Minister Ursula von der Leyen had considered the use of military on home soil. “Until the extent of the attack on Friday was unclear, a military police unit of the German Army [Bundeswehr] had been put on alert.”

Considering Germany’s history during the Nazi regime, deployment of military at home has been a highly sensitive issue and has long been opposed by all major political parties.

According to Berlin-based newspaper Die Welt, German Interior Minister de Maizière ‘did not rule out tightening the firearms laws’. On Monday, FAZ published an editorial attacking the right of individual citizens to possess arms. In a bluntly worded article titled “The best friend of mass murderer” the paper wrote:

The right to life of unarmed majority in Germany overweighs — if one interprets laws in a Human Rights-friendly way — than liberty of those who own legal weapons; [gun owners] in their collective ego stick to their private privilege that occasionally ends in a deadly manner, instead of giving it up.

“The state and its security agencies would carry on doing everything in order to protect the safety and freedom of all people,” said Federal Chancellor Merkel after the shooting spree in Munich. Continue to protect — but how? The police mostly comes after the deadly shots have been fired.

The editorial is part of a wider campaign to restrict the right of citizens to own and bear arms in a country that already has one of the most stringent gun laws in the World. The editorial alleges that “privately owned firearms are increasingly turning into murder weapons.” The statement could not further from the truth. According to the statistics of Germany’s Federal Criminal Police Office (BKA), in 86 percent of the homicidal committed in German no firearms are involved.

No policy move by a government could be worse than disarming the citizenry in face of indiscriminate terror. Not willing to face up to the reality of rising threat of radical Islam, Merkel’s government seems to have learned all the wrong lessons from the recent terrorist attacks.

If Germany succeeds in making the strict gun laws even stricter, and the attacks keep happening, what will the authorities blame next?

Welcome to the New Weimar Republic. (How does one fix a leaky pipe? Crank down harder on the fitting because more force always works.)

The lesson to be taken from this is: Today’s liberal / progressive is out of touch with reality and probably clinically insane. Logical arguments with them are a waste of time.

This is EXACTLY what I would do….if I WANTED the terrorists to win and my countrymen to die. Like in France.

Germany has been rudely awoken to a harsh new reality.

The nature of reality is having difficulty impressing itself on the Europrogressive dream.

Merkel’s dream remains bringing in more immigrants to bolster Germany’s diminishing labor force. Wonder if Erdogan is mentoring her these days; he has a population he wants to get rid of!

If I were looking toward immigration to bolster my labor force, I would look toward Asia. Thailand, Viet-Nam, Laos….. all the way to Japan and China. Most folks from the countries of Asia have done well in this country and have been productive citizens.

I am sure Merkel knows that so there must be another reason for her committing cultural suicide.

The active deployment of the Bundeswehr inside civilian areas will only have one purpose; to protect Islamic terrorists from those Germans who wish to defend themselves.

Merkel is an East German communist for God’s sake. What do you expect from her? Oh, I have a good idea, let’s disarm the German citizens and then the muslim immigrants who get their guns through the underground will be the only people armed. How do we expect that one to end?

One more thought. If they make getting a gun harder by passing stricter laws, do they actually think a person/persons who are going to commit a mass killing will be deterred by the stricter law? What kind of circular logic is this?

The same circular logic spouted by American gun-control organizations whenever there is a mass shooting in the U.S.

Germany is in desperate need of a political bowel movement….as does the US.

If they’re concerned about the birth rate of German nationals then they should drastically cut taxes so that the citizens have the resources required to raise children.

Nazi’s gonna nazi. Who picks who gets to play the role of the joooze this time?

If it’s up to Merkel, it’d be anyone who doesn’t stick their rumps up in the air five times a day.