About a year ago, a backhoe operator working for the EPA accidentally breached the plug holding 3 million gallons of toxic wastewater from the Gold King Mine, causing it to spill into Colorado’s Animas River and creating a true man-caused disaster.

Since that time, an analysis of incident by the Interior Department and Bureau of Reclamation (supported by an official with the Army Corps of Engineers), held the EPA responsible for the multi-state environmental contamination. The scathing report clearly refuted the EPA’s assertion that the spill was inevitable.

Now, a criminal investigation into the incident has been confirmed.

The Office of Inspector General for the Environmental Protection Agency has revealed that a criminal investigation is underway into the Gold King Mine disaster.

It says “based on requests from several members of the House and Senate, the OIG is conducting both a program evaluation and a criminal investigation of the Gold King Mine spill.”

It is estimated that the spill sent more than 880,000 pounds of metals cascading through Colorado, Arizona, New Mexico, and American Indian land. It has cost the agency millions to clean-up. 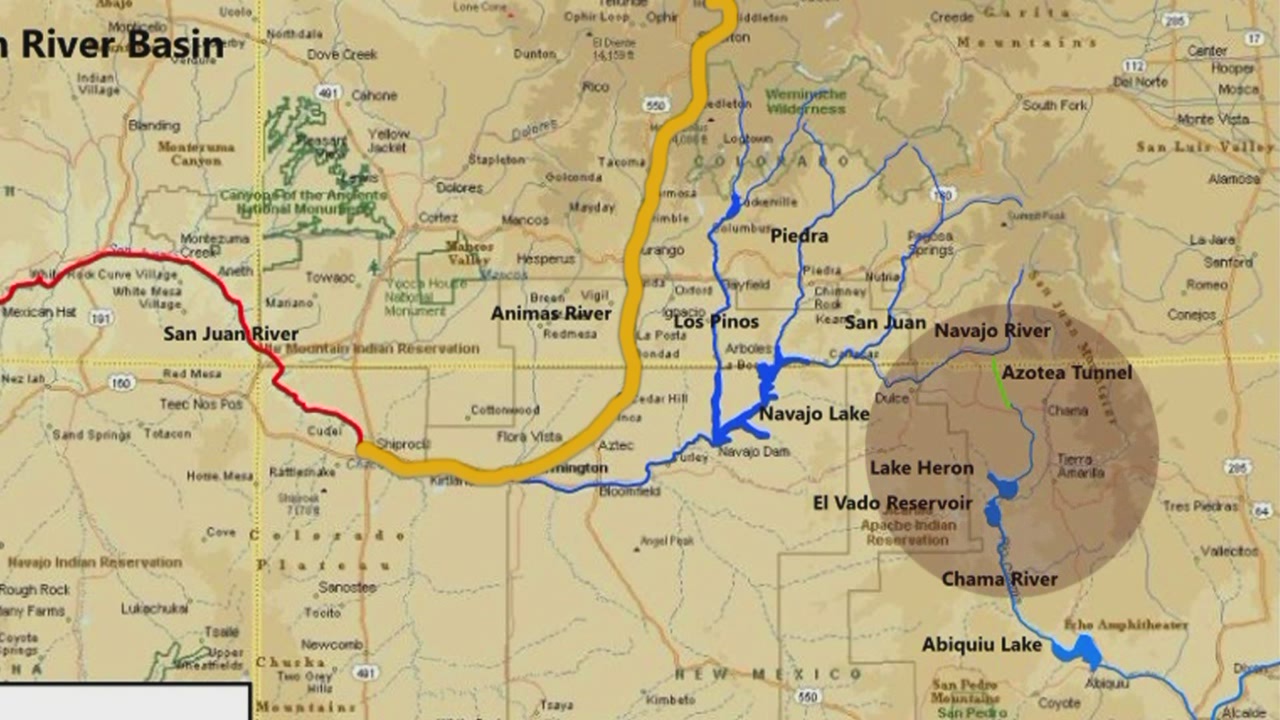 …[T]he EPA released a 23-page retrospective report on the Gold King and its efforts since the incident to restore and protect impacted communities.

The agency said that as of July 15 it has dedicated $29 million in response efforts and for continued water quality monitoring. Officials say they are also evaluating more incident-related expenses and that they are working to expedite the distribution of those funds.

“We have been responsive in terms of doing the cleanup and demonstrating how we’ve done the cleanup,” Mathy Stanislaus, EPA’s assistant administrator, told The Post in an interview Monday.

He added that 68 claims that have been filed against the EPA, which include a mixture of individuals, businesses and local and state governments, are pending review.

Have any heads rolled as a result of this incident? Only that of the requisite sacrificial lamb!

…[O]n Aug. 5, Way was on vacation when an EPA-contracted crew breached the loose pile of dirt and rock collapsed over the Gold King Mine, releasing a massive mustard yellow-colored plume of heavy metal sludge.

Regardless of his absence and clear orders not to touch the entrance of the mine, Way became the center of intense criticism.

“Sadly, it appears that Mr. Way is going to be the sacrificial lamb here and that is very disappointing,” state Rep. Don Coram, a Republican from Montrose, wrote to The Daily Sentinel of Grand Junction.

However, remaining EPA officials can console themselves with high-end office furniture!

The agency spent $48.4 million on Herman Miller furniture alone. If you’re unfamiliar with the furniture market, that’s about as high-end as you can get. To put it in perspective, one Herman Miller chair cost $4,047. Granted, it was nice chair—it could swivel and tilt and had adjustable arms—but mine can do that too. Someone must have given a really good sales pitch.

Meanwhile, the farmers in the impacted area lost a year’s worth of crops because they couldn’t use them with heavy-metal laden water.

Losing a year’s worth of crops was devastating, but what farmers in Shiprock and all along the 400-miles of the Animas and San Juan rivers wanted to know was whether the heavy metals would slowly accumulate in their bodies and in the bodies of their children and grandchildren.

“We’re worried about the long-term affects of contamination,” Yazzie says, casting his eyes downward and adding that many in the community are still terrified of the river water. “Nothing is normal anymore.”

Actually, under the Obama administration, politically connected and protected officials living largely while the average citizen struggles under big government burdens is the new normal.

There was nothing accidental about this disaster.

When the checks and balances contemplated by the Founding Fathers is gone and the Fourth Estate is gone, bureaucrats of will buy Herman Miller chairs for themselves.

Imagine what might be coming under the horror of ‘president clinton.’

This all lies on the shoulders of the GOPe. All of it.

My GOPe Congressman Lamar Smith runs the committee that provides the laws and budgets/funds to the EPA. The people at the EPA are doing what they are told to do by Congress. Smith won the primary (sickening) so we will have another two years of him telling the EPA to waste money on furniture and harassing ranchers and farmers with sometimes ponds. The EPA is a problem but it is not where the solution lies. That does not mean I disagree with you. I just want to expand the firings and prison assignments.

Cutting the EPA some slack on the inevitability defense; they’re doing it so they know messing up is inevitable.
OTOH, they’re pretty good about prosecuting rain barrel owners.

Wouldn’t this be the same EPA that demanded a man remove a legal pond which was permitted by the state before it was constructed and criminally ignored the courts finding in favor of the man?

EPA = Eco-SS for the Feds

The EPA is the Environment Power Agency. Protecting the environment is the narrative for the voters.

“…EPA’s assertion that the spill was inevitable.”

That means…NO INTENT! As demonstrated by Comey, you do not judge the ruling class on facts or behavior or actions. You judge the ruling class on intention. By definition, a member of the ruling class (senior EPA executives) cannot commit a thought crime such as intentionally violating a law or causing damage. Can’t happen. The little guys are judged on the facts whereas the ruling class is judged politically (see Hillary) using such subjective tests as “intention” where the only fact needed is political status. By definition, there was no intention (facts notwithstanding, only political status matters) so NOTHING will happen to the senior administrators. The GOPe might hold a hearing for the sake of the benighted in flyover country.

“…Interior Department and Bureau of Reclamation (supported by an official with the Army Corps of Engineers), held the EPA responsible.”

Responsible? What does that mean? Absolutely nothing so they are allowed to say it.

Thank you Leslie. As usual you come through.

To Ragsdale :
This is yet another operation I’ve been active in. I’ve personally consulted with a contact on the Colorado A. G. staff. I’ve done this in Conjunction with my efforts in regards to this story that Leslie lays out here.

Now ask me about Twin Falls Idaho, Wichita Kansas, Ft. Morgan Colorado ; plus other areas also involved with crony Muslim immigration by both parties, bought & paid for thru crony corporate & billionaire donations to both criminal parties. Ask about the virtual rape of a 5 year old girl, the pressures applied to her family by Twin Falls authorities, and the further recent sexual assault on a challenged adult young woman by these Muslim “immigrants” brought to Twin Falls to service a growing food processing industry centered by Chobani yogurt.