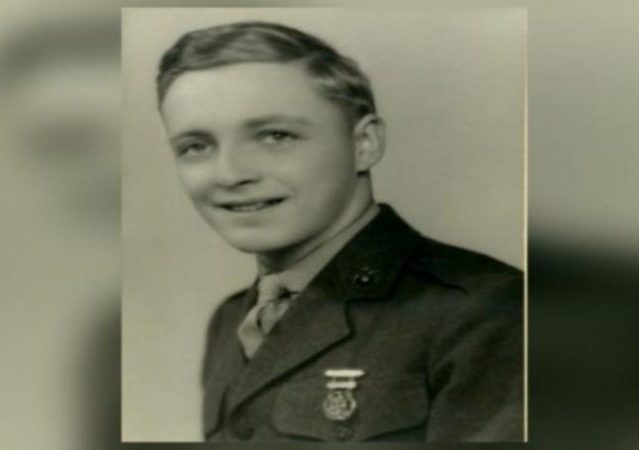 Earlier this month we brought news about Marine Pfc. George Traver, who was killed during the battle of the Tarawa Atoll in 1943. His body was only recently identified, and preparations made for his return to the U.S. and funeral near Albany, NY.

I’ve learned since that original post that the return of those, like Pfc. Traver, who have been unidentified for several decades, is a project of the History Flight:

History Flight is a true non-profit charity in which 96% of donations go directly to pay for program costs to find and recover the 84,000 missing service members from America’s wars of the 20th Century.

History Flight is a non-governmental organization dedicated to finding, recovering and repatriating America’s war dead to American soil. Over the last ten years History Flight has sent over 100 search and recovery teams all over the world to locate loss sites of missing servicemen and to recover them. History Flight deployed cutting-edge, multi-disciplinary remote-sensing methodologies to find MIA loss sites where more than 500 American Servicemen are still missing.

Through the efforts of History Flight, another fallen hero has returned, Dale Geddes of Grand Island, Nebraska. The Omaha World-Herald reported,  ‘Our boy is coming home:’ After 72 years, World War II Marine Dale Geddes will be buried in Grand Island:

The remains of U.S. Marine Corps Pvt. Dale Robert Geddes of Grand Island, who was killed 72 years ago during the World War II Battle of Tarawa, have been positively identified through DNA comparisons and dental records.

Graveside services with full military honors are scheduled for Aug. 22 in the Grand Island City Cemetery.

Geddes’ surviving family members were notified last year that his remains might finally be identified.

That meeting gives surviving family members the opportunity to decide on the date for the service, as well as the location for the burial of remains. Elliott said the official announcement of the positive identification of Geddes’ remains was made on Tuesday.

The Battle of Tarawa took place on Nov. 20 through 23, 1943, as American troops fought to capture the island of Betio in the Tarawa Atoll of the Gilbert Islands. About 1,000 Marines and sailors were killed, and 2,000 others were wounded.

Geddes died sometime on the first day of the battle.

A March 17, 1944, story in the Grand Island Independent said Geddes “had removed first-aid materials from his kit and was about to bandage his buddy’s wounds when he was hit … probably by the same sniper who wounded his buddy.”

Geddes traveled to Denver, Colo on Nov. 20, 1942, and enlisted in the U.S. Marine Corps. Pvt. Geddes completed basic training in San Diego, Calif., with the Fifth Recruit Battalion. In January 1943, he was assigned to the 11th Replacement Battalion and sent to Tank School. He was transferred to Company H, 2nd Battalion, 8th Marines in March 1943 and joined his unit in New Zealand to train for the Battle of Tarawa.

The family was notified that a sniper shot and killed Geddes Nov. 20, 1943, as he was administering first aid to a buddy who was a fellow Marine. Military officials notified Geddes’ parents of his ultimate sacrifice on Dec. 23, 1943.

The funeral was held a few days ago:

A funeral service was held Monday in Grand Island for Marine Pvt. Dale Geddes, killed in World War II and first buried on a remote South Pacific Island in 1943.

Military scientists used DNA technology to identify his remains last year, which were flown back to Nebraska on Friday. The Patriot Guard provided the escort from Omaha to Grand Island.

“The nation does in fact care and if anything were to happen to any of them, they’re going to come home,” said Robert Brunkalla of the Omaha Detachment Marine Corps League. “Might not be in our lifetime, but we will find them and we will bring them all home.”

Geddes’ remains were taken that last mile in a horse-drawn hearse once owned by his family. He was buried with full military honors in the family plot at Grand Island Cemetery. “Right where he belongs,” said Linda Elliott, Geddes’ great niece. “Right next to mom where she ordered a stone, had it laid there and now we were able to put him there.”

There are some things that warrant a tear and a hero coming home is one of them. Welcome home Marine, your watch is done.

God bless this project and those who labor at it.

Welcome home, Pvt. Geddes, your service is not forgotten.

Some years ago, I was knocking around an East Texas town…may have been Nacogdoches…and I found myself in the old cemetery there.

I was stopped short by a very nice stone. I had been erected by the town doctor and his wife, in memory of their only son. It recounted that there was no body buried there. The boy had been a Navy man, and was lost at sea.

That still tears me up to recall. We just can’t forget. Many will never come home.

“If the Army and the Navy
Ever look on Heaven’s scenes,
They will find the streets are guarded
By United States Marines.”

Yes, Boogs, but those Marines will not get to heaven without the Navy.

When you are lost at sea, you are bloody well lost at sea. You are gone. You have disappeared from this earth, as far as human understanding can determine, known only to God.

I don’t mean to begin to suggest to diminish the sacrifice of Soldiers, Marines, or Airmen who paid the ultimate price. I’m just pointing out that the odds of recovering at least token remains are greater in their case.

Boogs, every time an American serviceman is brought home, my hear is uplifted. I don’t care what uniform.