Suspect from same village as 17-year old who recently murdered 13-year-old Israeli girl in her bed. 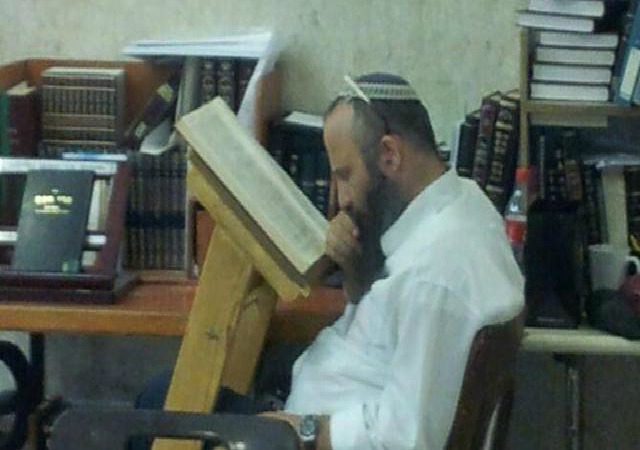 A Palestinian shot and murdered Michael “Miki” Mark, an Israeli father of 10, as he drove near Hebron. His wife and two of their children sustained injuries in the attack.

Magen David Adom paramedic Zaki Yahav said that it was a “very difficult” scene. Mark “was trapped inside” with gunshot wounds and other injuries form the accident. He didn’t have a pulse and he wasn’t breathing. “We tried to resuscitate him,” said Zahav, but it was not possible they declared him dead at the scene.

Magen David Adom reported that Mark’s wife, in her 40s has been evacuated while sedated and intubated, and rushed to the Hadassah Medical Center in Ein Karem in serious condition. His daughter, 14, sustained with a gun shot wound to her stomach is in serious condition and his son, 15-year-, was lightly injured.

Rabbi Michael Mark,father of 10 Was brutally murdered today! Please pray for his wife that's fighting for her life ! pic.twitter.com/5LPu5Z58Ji

Those in Otniel respected Mark where he was a director of a yeshiva:

Otniel’s secretary, Eran Dgani, said, “Miki was a pillar of the settlement and of Har Hevron. He was one of the pioneers of the settlement. He was a very modest and honest man, a man of action in every inch of his body. Miki ran the yeshiva in Otniel for years, and he ran the company for the development of Har Hevron and led to extraordinary accomplishments. He was a man of faith and spirit, and he spent every moment of his free time studying torah. He was a gentle man and a devoted father to his family. His absence in the settlement will be great.”

The police have started a search for the suspect who lives in Bani Na’im. A resident of that same village killed a 13-year-old Israeli girl, who was also a U.S. citizen, in her sleep on Thursday. The 17-year-old Palestinian terrorist jumped the fence, which alerted the IDF and police. They heard screaming when they arrived and one tried to give her medical aid when the terrorist jumped him.

The other soldiers and her father shot the attacker to death.

On Thursday, the police shot and killed a Palestinian woman to death when she attempted “to stab an Israeli guard at a flashpoint West Bank holy site.” This woman was related to a man who stabbed an American teenager living in Hebron:

“A female terrorist armed with a knife approached a border police post at one of the entrances to the Cave of the Patriarchs and suddenly drew a knife and tried to stab one of the policemen,” a police statement said.

“He responded and shot the terrorist.”

Tarayra’s 19-year-old relative Mohammed stabbed to death 13-year-old Hallel Ariel on Thursday night in her home at the Jewish settlement of Kiryat Arba adjoining Hebron, before being shot dead by security guards.

All these attacks come as Palestinians have encouraged children to hate and kill Jews. One Palestinian Authority said he would slit the throat of an Israeli if he ever saw one.

Lucky for us we have obama’s minions teaching our kids.

I don’t know how there can be a “peace process” when one side currently has a culture which largely glorifies murder.

At this point in time, you could give the Palestinians their own state … but I’d bet every dollar I have that most of their energy would not go into making that state successful and well-functioning (see Gaza) … They would be emboldened and most of their energy would go to upping the ante of murder and the cultivation of “world opinion” of them as victims of Zionism in a bid to grab the whole enchilada.

If I were a non-leftist Israeli, I’d be exasperated. I also feel badly for the peaceful Palestinians whose lives and futures are ruined by the brutal Palestinians in control of this cycle of violence. Those in control don’t want peace any more than they want a “second” state.