“I am not the victim you need me to be” 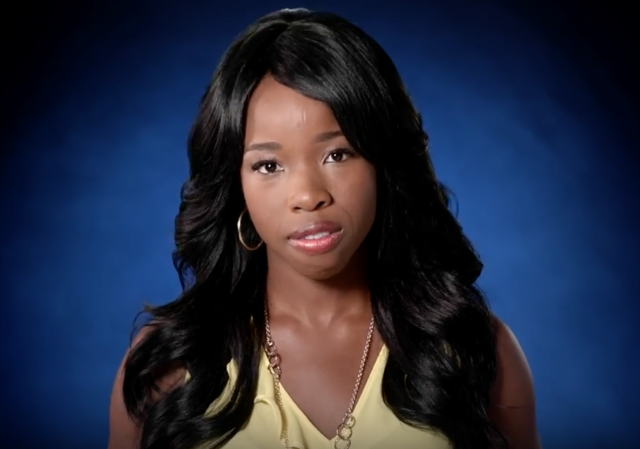 The National Riffle Association released a new video as part of their Freedom’s Safest Place campaign.

Called every name in the book for supporting the second amendment, Okafor’s message is simple — she never changed her beliefs.

I’ve been told that black women aren’t supposed to support the Second Amendment.

I’ve been told I shouldn’t want to be able to protect myself.

I shouldn’t teach my fellow students about their rights, and I shouldn’t speak my mind.

To all those who have called me a sellout, an Uncle Tom or a pawn for someone else, here’s what should scare you: I never changed my beliefs. I woke up and realized that you don’t represent them.

You don’t speak for me, and you don’t think for me. I am not the victim you need me to be, and I’m talking to more women like me every single day.

Beautiful young woman, & to smart too be a stupid leftist. That meme explains why Barry disgraced the office in Dallas today. The NRA is tearing them up by themselves. I have yet to see an actual Trump ad. Hillary on the other hand is all over the tube.

It’s not smart for Hillary to be out there reminding people she’s a lying & annoying criminal.

Beautiful, intelligent and eloquent. Her parents must be SO proud.

Democrats must be so annoyed.

Sorry for the down twinkle.

This woman – and the NRA – show what pathetic wastes that lox Paul Ryan, the grotesque Mitch McConnell are in the top position of the GOP.

Terrific–wonderful to see–we need much more of this stuff. ABJ

Now, if the Republican Party at the national level could only be this articulate about a few other issues….

It’s not simply a matter of their not being articulate. Rather, it’s a matter of the GOPe just wanting to protect their racket more than their country. We need to get rid of them.

Until we do, abandon all hope of countering the likes of Obama or Clinton.

“I’ve been told that black women aren’t supposed to…”

She sees herself as an independent individual with liberty and dignity. The left sees her as just an element of a group (black women) who must recite the standard group narratives assigned to that group. The left dehumanizes and uses people. They will have to destroy her because they can’t control and use her.

Antonia is a courageous woman who is a role model for us all.

The GOP passed the 14th amendment so that the Freedmen could exercise their 2nd amendment rights.

Today I’d suspect the GOP supports the 2nd amendment because the NRA is a heavy hitter in the campaign ad area. Who can say what they’d do otherwise.

The house is passing a $1.1 trillion govt funding bill. Ryan/ McConnell are working hand in glove with Pelosi/ Reid. It funds sanctuary cities & funds over $1 billion to resettle illegal immigrants across America. It gives democrats far more than it gets.

Along with Pelosi/ Reid, Obama is pushing reluctant democrats to pass. This will be the 3rd govt funding bill this republican majority has passed in its 18 month tenure. The republicans are proud of that achievement.

This is the GOP so many “principled conservatives” think it’s important to vote for & defend the integrity of. Don’t ask me why. Somehow Donald Trump is the problem.

Ask the democrat party how their support for gun control has worked for their electoral chances.

Let us start with President Al Gore and then trace the control of both houses of Congress.

One party is long famous for slavery, racism, Jim Crow, and even Selma.

Another party has long favored liberty, freedom and self control.

Principled conservatives didn’t vote for these cromnibus bills, the lamestream GOP did. The same lamestream GOP who is about to give Trump their blessing on the White House. Principled conservatives like Cruz voted against that crap. And why can’t you keep your comments on the topic at hand? This article has nothing to do with Trump. You must be a narcissist, just like him.

Your champion is a fully accredited member of the GOPD. Trump is not. Your champion even with the benefit of a rigged system lost. Trump handed him his ass. Get over it.

My primary focus is defeating Hillary. Lying Ted couldn’t defeat Trump, I’d like specifics on how he’d beat Hillary who has the table massively tilted in her favor.

Rights and responsibility is the basis of liberty.

Part of Freedom’s message is one of personal responsibility and accountability. Candidates make promises that in one way or another, the government would/should take care of things. However, that’s not what we want OR need. The government should have virtually NO role in our individual, daily lives … not like it does and not like candidates regularly promise, promising things the government shouldn’t be doing. This ad says that I take responsibility for me.

We are not victims, we won’t behave as victims and we won’t let you make us into victims … all by taking and defrauding us of our rights.