Criminals and terrorists ignore gun laws, so why is more gun control demanded after every mass shooting here? 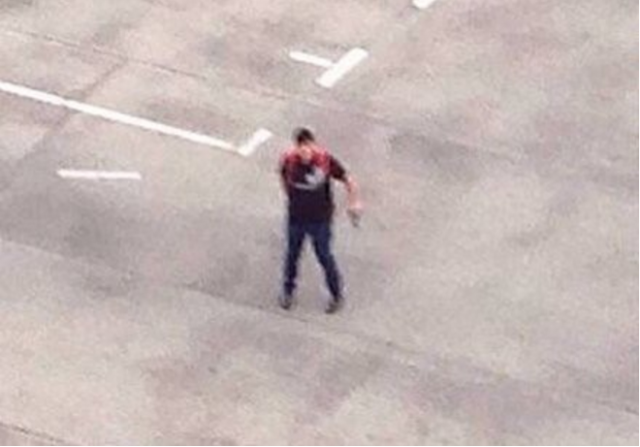 After every mass shooting, even those clearly terror related, Obama and Democrats leap at the chance to push for anti-Second Amendment legislation that will disarm the innocent and the law-abiding. From calls for gun control “action” to executive orders to “a day of action” for gun control, we consistently hear about the need for strict gun control from the left.

We know, and it’s probably also well known to Obama and Democrats, that gun bans and laws do not prevent criminals and terrorists from getting guns because, by definition, they ignore the law.

The recent mass shooting in Munich, Germany, illustrates this poignantly.

Germany, a country whose gun laws are among the most strict in the Western world, is struggling to explain how their strict gun laws didn’t stop the Munich shooter.

Germany has some of the world’s strictest gun laws. But that did not stop Friday’s Munich attacker — an 18-year old dual Iranian-German national — from carrying out his shooting spree.

The assailant most likely obtained his pistol illegally and did not have a license, German police officials said Saturday. That development could have worrisome implications for a country that has already exhausted most legal means to prevent such shooting sprees.

Germany has a good system of legal gun ownership, but illegal firearms pose a big problem,” said Nils Duquet, a weapons expert in Belgium who works for the Flemish Peace Institute. According to Duquet, there are millions of illegal weapons in Europe, but he said it is impossible to know exactly how many.

Following two horrifying school shootings in 2002 and 2009, German lawmakers passed stricter gun legislation that made it harder to legally obtain weapons. Buyers younger than 25 must now pass a psychological exam before being able to acquire firearms in Germany. Shooting incidents significantly dropped as a consequence.

Theoretically, those measures might also have stopped the 18-year-old Munich attacker from being able to buy a gun legally. Officials believe the suspect could have been depressed, and a video — which police have said appears authentic — shows the attacker saying he had gone through “inpatient treatment.”

Adding to the problem of criminals (inexplicably!) still seeking gun ownership under some of the strictest gun laws in Europe is the fact that there is a hierarchy of illegal access to guns.

Duquet also emphasized that the attacker’s use of a pistol was significant. “If you want to buy an illegal gun in Europe, what’s important is having the right networks. For assault rifles, you need better criminal connections,” said Duquet. “But there are many hot spots in Europe where you can try, and that is what’s worrying.”

The possibility that the 18-year-old acquired his pistol illegally will raise new concerns over the illegal-weapons trade not only in Germany.

Among several other factors, the borderless Schengen Area within the European Union and Europe’s proximity to current or former war zones have facilitated illegal-weapons transports into the continent.

The bottom line is the same: overly restrictive gun laws do nothing but make law-abiding citizens unarmed sitting ducks ripe for mass murder by criminals and terrorists who care nothing about the law.

Because logic, common sense and the truth are not part of the equation when the goal is to disarm the public so that everyone will have to be dependent upon the gov for everything. Even with total tyranny, the black market commerce in illegal items does just fine.

And I’ve read that muslims are heavy into the black market smuggling.

The left weaponizes every shooting to advance “gun control” and the dupes imagine that with it there’ll no more Jared Loughners. But lefties could care less about mass shootings, witness the crickets that greet each week’s inner city massacres.

What they really want is to disarm those they deem their class enemies: mostly white working and middle class Americans. No, they have plans to kill us–but, if you sniff the miasma from the prog fever swamps, to them disarmament really would make the trains run on time.

Yeah, but that dog won’t hunt in Texas. He’ll get his ass shot off, matter of fact!

The “perfect” world is just one more gun control law away. The truly hard core criminal or terrorist will not be deterred from their actions… they have proved their intent. These crimes are not spur of the moment….. Sandyhook was not… Aurora was not… San Bernardino was not, Orlando was not, Paris was not, Nice was not…. and yet…. the representatives of government that oppress the law abiding are never held accountable for their mistakes… people die and maybe … maybe… an official gets an official reprimand. Larry Pots of Ruby Ridge and Waco got promoted! As for present day Germany… their actions prove that they are just as shallow and stupid as in the Weimar Republic day. But then…. that is human nature…

It’s never been about gun control. It’s about control. (See the period?)

One of the main problems in this debate is that the public is ignorant of whether guns used in killings are legal or not.
I say the New York Times and WSJ should have this sentence in the first paragraph of each and every article about a killing.
“The gun used was (not) legally owned by the shooter.”
Every article every time.

These “news” items are usually vehicles for propaganda. So where is the howler in this one?

Buyers younger than 25 must now pass a psychological exam before being able to acquire firearms in Germany. Shooting incidents significantly dropped as a consequence.

This is much like saying that “Green power works. An experimental plant powered by perpetual motion machines has been a significant success.” Lacking a citation, it’s utter BS.

The great challenge tripping up gun control as rational public policy is finding any examples anywhere which show, with real verifiable data, that it enhances the public safety in any way. All gun control fans merely assume that it will, or insist that it must. If WaPo has found a case in which “shooting incidents significantly dropped as a consequences,” it should be headlines, not a casual line squeezed into the text.

Muslims being muslims kill ordinary people, they only kill muslim political leaders because there are always muslim guards that will betray their sworn duty as with Sadat. German, French, Danish, and other European political leaders are surrounded by armed guards that are not muslims. They do not care about ordinary people. Of course they kill more muslims than anybody else so the western political insist that they are not discriminating and count that as a wonderful thing.

Except that in this case it turns out the shooter wasn’t Moslem. He was from a secular family, showed no interest in Islam or any other religion, and did show an unhealthy interest in other famous shooters, particularly Brevik.

If the names and exploits of mass shooters were not allowed to be published, then there would be no copycats such as this. Sure, that would violate the first amendment, as well as the EU equivalent, but if it would only save one life surely it would be worth it. Isn’t that what we’re constantly hearing about the second amendment?

Except he was a Muslim. In the same sense the vast majority of Christians are supposed to be Christians or Jews are supposed to be Jews. As in, not at all. Let’s be honest here. For most people “Dancing With the Stars” or “Keeping Up With the Kardashians” is far more important and a greater influence than whatever somebody says in some Church or or Synagogue or Mosque their parents drag them to.

I have no problem accepting the notion that Ali Sonboly was just a random whackjob obsessed with random mass shootings.

What I have a problem with is the modern western suicidal idea that no mass killing by a Muslim can have anything to do with Islam. When the supposed prophet said that he, Muhammad, didn’t know what Allah would do to him on judgement day. But the only guarantee into paradise was to die waging jihad in the cause of Allah. Which one should have to admit is a powerful motivator for a formerly secular Muslim who drank alcohol and went clubbing in Paris nightclubs and slept around a lot. All of a sudden he realizes, as he takes his Islam seriously, that not even his prophet knew what would happen to him. So even if he straightened up and flew right from that point on after his “come to Muhammad” moment it might not be enough. There was only one guarantee.

Just saying, the idea that one mass shooting by a secular ethnic Muslim therefore precludes the idea that there are mass killings by religious Muslims is infantile.

Of course there are mass killings by religious Moslems. Many of them. But this wasn’t one of them. Truth matters.

I was too quick to dismiss this guy as “not at all” a Muslim. For that I apologize. What one has to understand is that otherwise secular Muslims grow up with the same prejudices against women, non-Muslims, gays, etc., as religious Muslims.

Being a card member has its privileges.

These facts support the main point of this article, that evil doers will find a way to obtain firearms in even the most restrictive anti-gun environment.

I would say that whomever converted the “replica” to fire each time every time was quite the expert. Or, more likely someone is bullshitting us.

Yes, it’s all coming back to me.

The Balkan Frenzy over acquiring replica firearms back during the Clinton era.

Oh, and just as a byproduct, it rather neatly shoots in the head the favorite Leftard meme that having “loose gun laws in neighboring states” is the problem. Which states would those be? ALL states around Germany have strict gun laws…. except that the criminals don’t care.

I suppose my earlier sarcasm might go unappreciated. The last thing you want to do when building a gun in places where guns are illegal is, start with something that looks like a gun.

You have so many other choices. A “replica” gun has no more hope to becoming a real gun than a Wii controller.

The progressive fascists realize that citizen owned firearms are a huge obstacle to their funtamental change AKA the destruction of our country. They are bringing Muslims and empowering the BLM movement with the knowledge that they will murder Americans. Everytime this happens it gives them another opportunity to destroy the 2nd amendment and thereby render the citzens impotent to oppose their tyranny.