“If that predator—or anyone else—tries to harm me or my family, they have to come through my firearm first.” 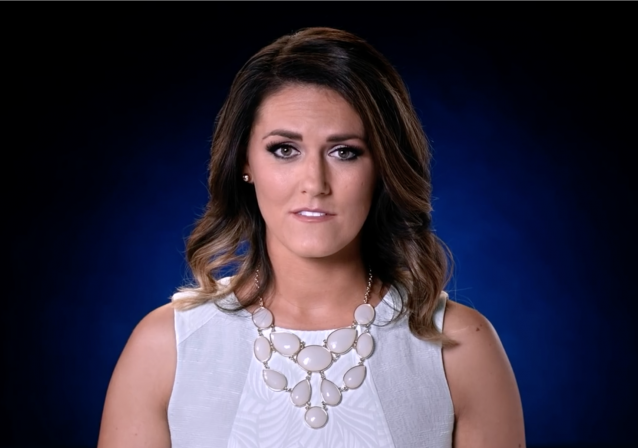 When Kim Corban was a 20-year-old college student, a predator broke into her student housing and assaulted her in the middle of the night.

Years later, Corban is now a mother of two and she has a message for any would-be predators who count on unarmed, defenseless victims like 20-year-old Corban.

I was a normal, 20-year-old college student. When I moved into off-campus housing, they boasted that it was safe: not a single incident since it had opened.

I was the first.

I woke up in the middle of the night, suffocating.

For the next two hours, I knew I was going to die—and there was nothing I could do.

Now I’m a mother of two, and if that predator—or anyone else—tries to harm me or my family, they have to come through my firearm first. I will never be unarmed, or utterly vulnerable, ever again.

The only reason I can say that is because the NRA fought for my rights before I ever knew that I needed them.

The ad is another in the the NRA’s Freedom’s Safest Place campaign.

There is a lady of my acquaintance, a retired professional, 75ish, 5′ tall at most. She moves in the social and financial circles with ease.

She can shoot the pips out of an ace of spades with a pistol with either hand at the range. The only harsh word I have ever heard her uses is “Femling.” Derived from Quisling. It refers to a woman who would deny another woman the right to defend herself.

An old quote is: “An armed society is a peaceful society.”

I don’t know. The NRA ads somehow come off too heavy handed – or maybe too gung-ho for my liking. I don’t think they’re going to convince anyone who isn’t already supportive of gun rights.

You know skeptic, there are a lot of people out there that shouldn’t carry/own a gun. Those are the type of people that would think this ad was a little heavy handed. Once you have had a gun aimed at you, or you have been assaulted, you then might nod in agreement with this brave mother instead of finding the ad a little too heavy.

I don’t disagree with you, and I DO nod in agreement with her. I’m just saying that I’m not the target audience. I just think they might need a lighter touch.

Yes, I find them unconvincing myself. Not wrong, not bad, just somehow … not the tankbusters they should be. Too heavyhanded, too lighthanded, I don’t know, but something’s off.

I think rapists consider the risks before they act. Thus,I think an ad like this that sends a message to these scum that their expiration date will be activated if they attempt a rape just may make ALL women safer. The rapists may just wonder if their target is an armed “Kim.”

I think an ad should scare both the rapist and the potential victim so the rapist pauses and the victim gets prepared. Don’t play nice — the criminals don’t and they consider nice equal to weakness.

The left wants the weaker sex, the old, and the handicapped to be vulnerable. That’s how they roll.

A liberal is someone who says that a woman, laying in an alley, raped and strangled with her own hose is morally superior to a woman explaining to the police how her attacker came to have 3 bullet holes in him.

I love the old ad where there was a condom, a cell phone and a pistol side by side and the body of the ad said, “When someone is climbing into your daughter’s bedroom window, which one would she rather have?”

What terrible choices. No bacon?

We lived off campus in the ghetto of North Portland Or. In 1993, my female room mate was home alone and this actually happened… except she was armed. Lucky for him she didn’t pull the trigger.

Of the 4 students living in that house, I was the only one who didn’t have a loaded gun in my room.

Or, you can help NeverTrump elect Hillary Clinton so she can pack the Supreme Court — mass importing rapists and disarming American women so they can’t effectively defend themselves.

We cant prove that ALL the NeverTrumps are in favor of rape. But reasonable people are finding it pretty darn suspicious.

Love this ad. And if anyone tries to disarm America, they are in for a RUDE awakening. Molon labe.