Colion Noir on How Not to Fix Inner City Gun Violence

Colion Noir on How Not to Fix Inner City Gun Violence

“All these anti-gun politicians have to offer is gun control.” 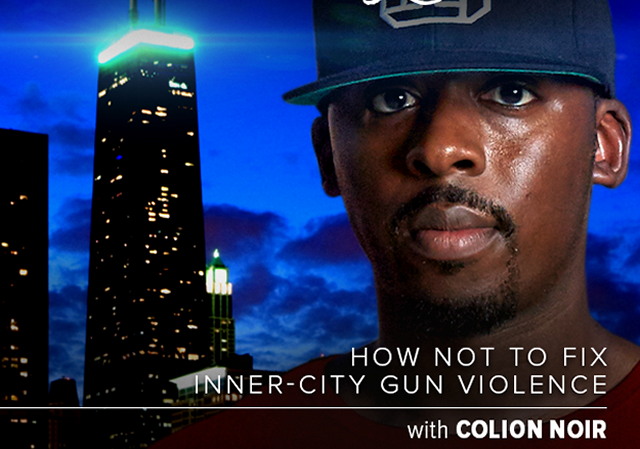 Following the now famous “sit in” occupation of Congress, Democrats continued their demands for greater gun control with “Day of Action” protests.

‘Day of Action’ on Gun Violence

“Was it a disease, what happened?” he asked.

Cummings recounted the conversation at a “Day of Action for Gun Violence Prevention”on the steps of the Cathedral of the Incarnation in Baltimore.

“Ladies and gentlemen, at some point we have to say ‘enough is enough,’” Cummings said. “We really do.”

Democrats across the country on Wednesday held dozens of similar events to show that their sit-in on the house floor last week was just the beginning of their amplified call for the House to vote on gun control measures.

House Speaker Paul D. Ryan, R-Wis., and the National Rifle Association were criticized at the Baltimore event for opposing legislative efforts to keep guns away from terrorists and tighten background checks.

The revived Democratic push for new gun laws was propelled by the June 12 mass shooting in Orlando. But those at the rally also emphasized daily gun violence that tears up America’s urban landscape. Baltimore, for instance, experienced a startling surge in violence last year that ended with a city record 344 homicides. Most gun victims were young black men.

Colion Noir is an official commentator for NRA News and he has a few thoughts about all this. In the video below, Noir points to Chicago, home of some of the nation’s strictest gun laws and reminds us of the city’s extraordinary homicide rate.

Noir suggests that existing laws are being ignored when it comes to prosecuting violent gang members while noting the hypocrisy and futility of further restricting guns for law abiding people.

It’s a shame that more people don’t know about Colion Noir and his work. When it comes to guns, he’s a voice of common sense in the wilderness.

See more of his videos here.

Featured image courtesy of the NRA.

Really end welfare for those physically able to work. Focus on placing people in low skill jobs that are currently done by illegals.

Implement 3 strikes and your out nationwide. This will remove repeat felons permanently from society and end the ability of people to become successful criminals. It will also protect honest citizens from criminals.

Make use of a firearm during the commission of a serious crime a federal crime punishable by 30 years in federal prison. This will reduce gun crime.

Reestablish the militia and have it’s members carry concealed weapons so that the next Muslim bent on murder won’t find hundreds of sheep that they can slaughter with ease. The sheep will be able to fight back.

We don’t need to “re-establish” the militia, it was never “de-established”

Show that to a prog drone the next time they start blathering about the preamble to the 2nd Amendment, then stand back and watch their head explode from the cognitive dissonance.

The number of people legally carrying concealed hugely outnumbers our military’s Active, Guard and Reserve end strength. While not organized and trained to the same standards (those in the Revolution weren’t either) our nation’s armed militia is the largest in the world. God have mercy on the country who would try to invade by force, I know I sure wouldn’t.

We don’t need to federalize more crimes; in fact we need to de-federalize many. Then, let local law enforcement do its job without interference from Washington.

I have not looked under the hood of that, and merely pass it along for WIW.

Noir points out the remarkably low rate for prosecuting gun violation in Chicago. There are indications that the powers that be have a very cozy relationship with the gangs there.

As the Instapundit points out this morning, former alderman Fred Roti, son of a Capone henchman and himself quite mobbed up, led the fight in 1982 for Chicago’s strict anti-gun laws. Makes you wonder why the mob wanted the rest of the citizenry disarmed, huh.

But having few gun prosecutions in Chicago are also a long-standing feature. It’s almost as if the Cook County States Attorney’s office, whoever it’s run by, really doesn’t care.

An honest citizen in Chicago can’t own a firearm. But the gang bangers, mobsters, and security guards for the elite can. Rather tells you everything you need to know about Chicago.

As Scott Adams pointed out recently, Republicans mostly use guns for sport and self defense. Democrats use guns to kill other Democrats and commit crimes. Democrats want gun control because their constituents can’t be trusted with them.

On 5-24-2016 I asked myself how the hell a convicted murderer could have been able to accomplish this:

Colion is the man, and the lib’s worst nightmare–a smart black man who likes guns.

Guns are not the problem. Scalpels are the problem. Far more [wholly] innocent human lives are aborted with the latter than the former. The State-established Pro-Choice Church has recklessly promoted mass abortion and class diversity schemes, where the former debases human life and the latter promotes class (e.g. racial) prejudice.