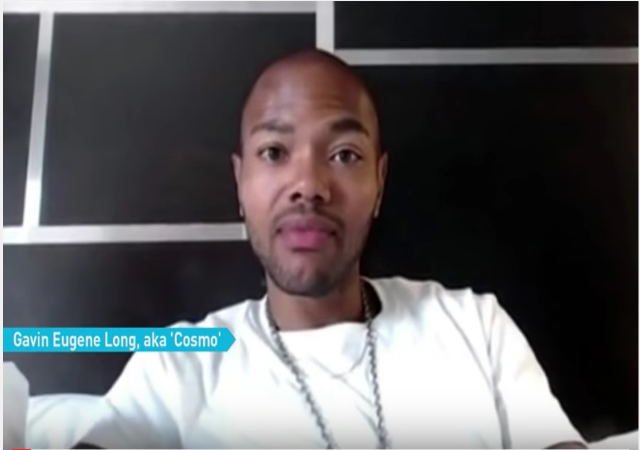 Baton Rouge shooter Gavin Long described killing cops as a “necessary evil” and talked about taking action against law enforcement in his manifesto:

In the letter, Long said he expected people who knew him wouldn’t believe he would commit “such horrendous acts of violence.” He wrote that he viewed his actions as necessary to “create substantial change within America’s police force.”

Long emailed the manifesto to Yarima Karama, a musician in Ohio, “less than an hour” before he ambushed and killed three cops in Baton Rouge. Karama said he did not personally know Long, but received communications “after Long began commenting on Karama’s YouTube videos in March.”

Long acknowledged “good cops” and the majority of cops fall into that category, but the “bad cops” ruin it for them:

“Right now their is a unseen & concealed war within America’s police force between Good cops & Bad cops,” wrote Long. “And the way the current system is set up, it protects all cops whether good or bad, right or wrong, instead of punishing bad cops & holding them accountable for their actions.”

Long wrote that “good cops” get “reprimanded, harassed, blackballed or blacklisted” when they speak out about the “wrong” and “criminal” acts of “bad cops.”

“Therefore I must bring the same destruction that bad cops continue to inflict upon my people, upon bad cops as well as good cops in hopes that the good cops (which are the majority) will be able to stand together to enact justice and punishment against bad cops b/c right now the police force & current judicial system is not doing so,” Long wrote.

Karama did not know Long’s real name, only by his online persona Cosmo. He did not realize the manifesto came from Long until the media reported his online activity:

“I was like, ‘Oh no,'” Karama told NBC News on Wednesday.

Sources close to Long told CNN that he suffered from PTSD:

Long joined the Marine Corps in 2005, worked as a data network specialist and served in Iraq before being discharged as a sergeant in 2010, according to the U.S. military.

Long had filled a prescription for Ativan, an anti-anxiety drug, as recently as June, said the source, who spoke on condition of anonymity. He also had prescriptions for Valium and the sleep aid Lunesta, the source said.

It is unknown who diagnosed Long with PTSD. CNN said they requested information, but may not receive it since Department of Defense rules state that health records remain protected even after the patient is dead.

So.. how many data network specialists get diagnosed with PTSD? Anyone?

you beat me to it, same question. REMF getting ptsd sounds VERY odd.
could be base attacked issue, I dunno, but sounds odd.

Personal Opinion :
PTSD is now the “scapegoat-to-blame” for every one of these “looking-for-any-excuse-to-kill” loons..

Just because they call it BS doesn’t make it so. The ‘tough’ veterans in the NFL used to call BS on what we now know to be CTE.

Trump says there are 30 suicides a day. That sounds like a lot of undiagnosed mental illness. BTW, Trump brought it up. But I didn’t hear him off a solution or talk about how to finance treatment. Neither party wants to do that.

If you look at what problems they have BEFORE they enlist ….

The military is not a sanitarium. The military cannot treat or correct “moral / ethical nihilism”.

The military did not create the problem. It should not be stuck with a “life-long-incurable” treatment and CONTAINMENT bill.

Do you not remember why the “Libertarians/Democrats” shut down most if not all the State run Sanitariums?

There was no front line in Iraq.

A REMF with PTSD? Give me a break! I think the Corps let some real scum in to make quota. But then again, if I looked at Janet Reno naked on my computer I would have nightmares.

Long acknowledged “good cops” and the majority of cops fall into that category, but the “bad cops” ruin it for them.

Such garbage from that cretin. Based on his statement I’m judging all black people based on his murderous actions even though the majority of black people fall into the good people category and ruin it for the rest.