CDC recommends pregnant women not travel to Zika hot spots due to birth defects from the virus. 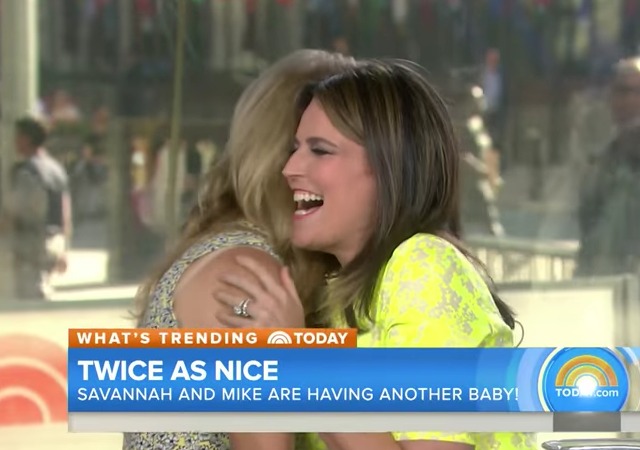 Today host Savannah Guthrie announced her pregnancy this morning, but also said she won’t travel to Rio due to Zika concerns.

“I’m not going to be able to go to Rio … The doctors say that we shouldn’t because of the CDC, because of the Zika virus, so I’ll miss it,” she said.

“You’re going to have to go to female beach volleyball without me, Matt (Lauer). Try to carry on,” she joked. “You guys will have a great time, and I’ll hold down the fort.”

The Centers for Disease Control and Prevention (CDC) has recommended pregnant women not travel to Zika hot spots. Experts have linked the virus to microcephaly, a birth defect that occurs when the brain does not form properly during pregnancy snd results in a small head.

A few days ago, cyclist Tejay van Garderen decided not to attend the Rio Olympics because of Zika. He has concerns he will contract the virus and infect his pregnant wife and their unborn daughter. The CDC confirmed people can receive the virus through sex after a person in Dallas “had sex with someone who had recently returned from Venezuela infected with the mosquito-borne virus.”

150 of the world’s top doctors recently demanded the Olympic Committee either move or postpone the games. Zika has made Brazil the epicenter of the Zika virus outbreak with almost 100,000 documented cases.

In February, the U.S. Olympic Committee (USOC) told athletes to skip the games if they have any concerns over the virus. Doctors and experts have linked Zika to microcephaly, which occurs when the brain does not form properly and results in a small head. This leads to serious mental disabilities.

Other NBC staffers have chosen to skip the trip to Rio as well:

“It’s very simple,” an NBC staffer told The Daily News. “I have a family. I have small children and for me, at least, the trip seems too risky. I might want to get pregnant soon.”

The staffer is one of a “handful” of NBC staffers who are opting not to travel to Brazil, network sources confirmed — declining to provide specific numbers.

The network said they told the workers that if they did not want to travel they could opt out.

Good for her. Why take chances?

I’d avoid Brazil too, but more for the fear of being robbed and murdered. I was always nervous and on alert there, and I hear it’s only gotten worse. Progressives ruin everything they touch.