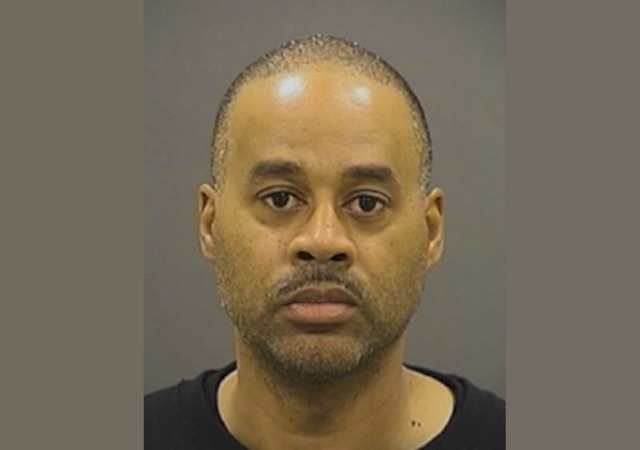 News reports this evening indicate that the third day of the “Freddie Gray” trial of police van driver Officer Caesar Goodson has been pretty much of a nothing burger.

The prosecution has floated, to one degree or another, three theories of the case, as we described in some detail in our prior post:  Freddie Gray: The Relevance of Donte Allen’s Changing Earwitness Testimony.

Let’s take a look at each theory of the case in light of the reporting on today’s events at trial.

Theory of the Case #1: Murder by Failure to Seatbelt

The first of the prosecutors’ three theories of the case is that van driver Goodson ought to be convicted of depraved-heart murder and lesser charges because he neglected to seatbelt Gray into the police van.

The Baltimore Sun coverage suggests that the highlight of the day was when Officer William Porter, himself having already been through a hung jury in the matter of Freddie Gray’s death, testified that it would have been physically possible to seat belt Gray into the van.  The Sun recounts the exchange with Prosecutor Michael Schatzow:

Schatzow: “Did you have the opportunity to seat belt him?”

Of course, the legal issue isn’t merely whether any of the officers could have buckled Gray in, the question is whether they had a legal duty to do so, as well as whether violation of that purported legal duty constitutes–in the particular case of defendant Goodson–depraved-heart murder.

As noted in previous posts, the State remains unable to demonstrate with any degree of certainty that the seat belt rule, technically put in place only days before Gray’s arrest and injury, was actually promulgated to or seen by any of the six officers charged in Gray’s death.

Theory of the Case #2: Murder by Failure to Provide Medical Care

The second of the prosecutors’ theories of the case is that Goodson should be convicted of depraved-heart murder because he failed to provide Gray with timely medical care after becoming aware of Gray’s need for urgent care.

We discuss in some detail in the prior post how untenable this theory is given even just the State’s own evidence obtained from its medical examiner, Dr. Carol Allan: Freddie Gray: The Relevance of Donte Allen’s Changing Earwitness Testimony.

Today’s testimony by Officer Porter did nothing to strengthen the narrative of this theory of the case:

Porter said he never observed any serious injury to Gray. After the van’s fourth stop – a time period in which the medical examiner has determined Gray was already seriously injured – Porter said Gray used his legs to support his weight as Porter helped him up.

Obviously, if at the 4th stop Gray was using his legs to help lift himself onto the bench it is exceedingly unlikely that he had already suffered a neck injury that had effectively severed his spine.  Thus the traumatic injury that ultimately cost his life had not yet occurred at the 4th stop, contrary to medical examiner’s testimony at Porter’s own trial that she believed Gray’s injury had occurred between the 2nd and 4th stop.

Further questioning of Porter by Schatzow on this point did not seem helpful to the prosecutors’ narrative:

Porter testified that Gray was face down on the van floor, and Porter asked him, “What’s up?” Gray responded, “Help,” and asked to be helped up to the bench inside the van. Porter said he climbed in, and helped Gray to get himself onto a bench.

Schatzow had Porter read portions of a transcript of his interview with investigators last year, in which he did not say that Gray was able to get himself up with Porter’s assistance.

Porter testified Monday there was “no possible way I could lift a 150-pound man in that tiny compartment” alone, and said he hadn’t been more specific in his initial interview because he wasn’t asked.

One of Goodson’s attorneys, Matthew Fraling, asked Porter why he personally didn’t call a medic for Gray.

Theory of the Case #3: Murder by Rough Ride

Although prosecutors had apparently focused much of their opening statement on this “rough ride” theory of the case, news reports make no mention of this theory having been addressed in today’s court room proceedings.  For reasons described in the prior post, I expect nothing much to come from this theory, for which I suspect the prosecution literally has no evidence whatever.

OK, folks, that’s about it for today.  More tomorrow, I’m sure.

the state is toast. They got nutin’…NUTIN…!!!

I am looking forward to the civil suits, afterward.

Anyone know how much more of a case the prosecution intends to put on? Will they finish tomorrow?

I know its unusual, but I think its quite possible that the judge will dismiss the charges after the prosecution rests its case. If he does, expect the judge to change his mind about the discovery violation issue too.

My question is that if they don’t get at least one conviction in Goodsons’s trial then will they be able to actually justify continuing the prosecution of the remaining officers or the re-trial of porter?

Justify to who? Mosby’s is an elected position.

The mob, of course.

Poorly worded on my part. I wonder if they fail to get convictions on Goodson if they will drop the rest of the trials?

I have wondered about the timing of the trials. Why Goodson now? After the fiasco of the first two, I suppose Mosby needed to put the best case forward: Caesar Goodson.

Having said ‘best case’, I don’t mean to imply that Goodson is guilty of anything. The other officers’ conduct never appeared to put Freddie’s life in jeopardy. Poor Goodson is the one who shows up at the station with a distressed F.G.

Whether Mosby will throw in the towel if Goodson skates, which would be the rational thing to do, or she will continue pushing those legal boulders up the hill . . . , is anybody’s guess.

Is a judge ever required to dismiss the charges if the prosecution has clearly failed to present sufficient evidence?

There are circumstances in which a judge should dismiss criminal charges. But whether those circumstances apply is solely at the discretion of the judge.

I miss the good ole days …

Things have really gone downhill since the Dancing Itos.

I suppose that’s why he’s called a judge.

Thank you as always for the clear explanation of the law in a way that the average person can understand.

Looks to me that the prosecution is throwing stuff against the wall and hoping something will stick. So far, the walls have been teflon coated. Mike Nifong is probably eating his heart out.

Reading the Sun’s recaps, a summary acquittal upon the prosecution closing sounds unlikely. The ME has testified that the injury was due to “rough ride” and not accidental, so it will take Donta Allen’s testimony to counter that. He was an actual witness, as a participant in the ride, so his version should trump the ME’s speculation. Its doubtful that the prosecution will call him, especially with the Brady issues still hanging around.

It was not mentioned in the Sun if the ME brought in the “can’t breathe” statement everyone was concerned about.

I still cannot see how the prosecution can think they will get away with the rough ride theory, them knowing that Allen’s statements pretty much finish it.

This case isn’t going to be dismissed at any point until the judge delivers his verdict and I think the reason why is quite apparent. The politics of this case, rightly or wrongly, demands a verdict to be delivered!

I agree that the judge won’t dismiss the case before the Defense puts on its evidence, because there must be a verdict. I expect another acquital based on the evidence as presented so far thanks to Mr. Branca.

Mailman said
This case isn’t going to be dismissed at any point until the judge delivers his verdict and I think the reason why is quite apparent. The politics of this case, rightly or wrongly, demands a verdict to be delivered!

Correct , his is an elected position . I have not quite figured Williams out . I believe at first he bought Mosby”s bill of goods . Now I belive he is getting disillusioned and realizing she gave him a great big turkey ,
but I could be wrong.

I think you are right on point as far as the judge is concerned, I think he was led to believe that these cases were open and shut slam dunks. Now that he is actually getting to see what the cases are made of, well I bet he has spent more than his usual allowance on his favorite beverage.

ONE important reason we have trials is to SHOW people the process, and that it is working.

ONE reason we have more-or-less public trials is to SHOW people that their courts are NOT “star chambers”. They are not places where the power of the state is simply imposed, but a place where even the state’s agents are made accountable under the law.

The popular meme on the right is that these trials are totally political. That isn’t true. They MAY be more political than not, but doesn’t mean they are illegitimate under our civil compact.

Good way of looking at it Rags.
Even if all we learn from the trials is that Mosby and the Mayor are crooks engaged in Kabuki Theater then we’ll have at least learned that.

And we’ll have their lawsuits to look forward to. 🙂