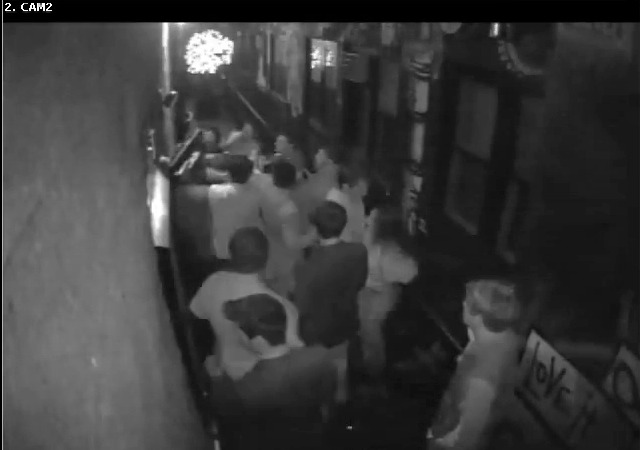 The courts in Johnson County in Iowa have decided not to charge a University of Iowa student for lying about a hate crime committed against him.

“If we were going to charge him, we could charge a variety of other people with disorderly conduct or different things (concerning this incident). And it seemed more important to the community to get the information out on what had happened.”

Marcus Owen, 19, claimed three white men assaulted him and shouted racial slurs at him on April 30 outside of a bar. He eventually left a hospital with “nearly a dozen stitches to his lip, had a damaged eye socket and had his front teeth knocked out.” However, he showed up at the UI Hospitals and Clinics over three hours after the attacks occurred and tests showed his blood alcohol level at .116.

The alleged incident led to a campus wide crime alert.

An investigation found that Owens not only lied about the attack, but led numerous attacks on others near the bar:

“Marcus was not the victim of an assault,” Iowa City Police Capt. Troy Kelsay said. “Marcus was an active participant and even an instigator in three separate physical confrontations or assaults that occurred at bar close. During at least one of those he suffered injuries. That is unfortunate, but when you go looking for multiple fights, that is going to happen.”

The Owens family issued an apology letter Monday night, acknowledging that there were substantial differences between Marcus Owens’ account and the police investigation.

“I want to extend my gratitude to the family for doing the right thing,” said Lt. Mike Brotherton, who is in charge of investigations. “Because they did issue that apology letter. I think it was very necessary and critical for the community.”

The videos show “a heavily intoxicated Owens” starting several fights outside of the bar and continuing them down the street. Someone did say the n-word, but Owens and his friends attacked the person.

The FBI also refused to help once the evidence did not show a hate crime.

The officials thanked witnesses and friends of Owens for their honesty about the night. Kelsay said the people in the community did not want a hate crime to tarnish the small town, which inspired them to tell the truth.

To prosecute the student would be racist.

And it seemed more important to the community to get the information out on what had happened.”

It looks like they’re claiming they’re not competent to prosecute crimes and chew gum at the same time. Phooey. As excuses go, this doesn’t even rise to the level of “feeble”.

Blatant racism. Fabricate an incident, try to pin it one whitey, and … nothing happens. Black Privilege is a wonderful thing.

Seems a bit late for that …

But I’m sure the Southern Poverty Law Center will get right on it.

I have to wonder what the sentiment of the brainwashed townspeople would be if the lies had actually been truths.

Somehow I don’t think the racemongers would just let it go like whitey does. White people are stupid to be putting up with this crap day in and day out/365.

On the plus side, his eye socket was damaged and some of his teeth were knocked out.

And Zimmerman wasn’t charged for the same reason. Sarc

Good way to let them know that it is fine to make up crap again just to stur up trouble.

I hate “hate crime” laws. They’re criminalizing thoughts and this type of law only seems to be used in an abusive form of lawfare.

As long as [class] diversity favors Americans, this decision is probably for the best.

Shame… it would have been interesting to see him try to prove brain damage.

He was likely trolling for a civil suit so it would seem fair that the slandered victims should sue him accordingly.

If anyone ever needed a definition of the word “Double standard” this is it. Just for a mental fun time change the race of the hoaxter and then imagine the write-up!

In other words Dindu Nuffin gets a pass because of his race. Frankly, this sort of crap makes me indifferent to real issues of racism. Let the Democrats hang a dozen Dindus from lam posts and burn crosses in the public square, and I’m likely to conclude that they had it coming.

There is no W on B racism in America. Or at least not enough to matter.

Need further proof of a double standard? here is the latest example of action taken against a white fraternity because of “Allegations” of a racial slur. Keep in mind that these are only allegations, not facts but the suspension is a fact.

Will he at least be prosecuted for battery?

I used to throw out the bogus statistic that 98.5% of all reported ‘hate crimes’ were liberal lies…but I’m thinking of raising that to 99.8%.

‘Hate crimes’ are nothing more than Orwellian doubleplus-ungood mindthink issues that the leftists use as a cudgel with which to bludgeon their enemies (and often-times, cohorts). I ignore any and all reports of such actions as lies.

Well, I don’t like Marcus Owens and I can assure you there’s nothing wrong with me. His uncle says he’s not a part of the thug life? Could have fooled me.

If they went after one or two of these a-holes the rest of them would think twice.