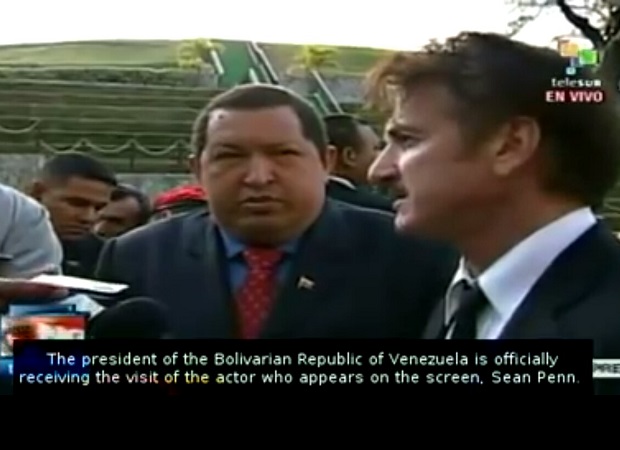 What could be seen as the final act in Venezuela’s worsening economic crisis, the Latin American country has begun selling its remaining gold reserves. Just three year after the death of its socialist leader, Venezuela — once a leading oil producer — is on the verge of bankruptcy.

It is yet another ‘miracle of socialism’ that a country with the world’s largest oil reserves can go almost broke. Venezuela’s total oil reserves stand at an estimated 296.5 billion barrels, which is higher than Saudi Arabia’s 265.4 billion barrels. But the cash-strapped country is struggling to get investments and technical expertise to convert its oil reserves into revenue.

Socialist leader Hugo Chávez got elected as country’s President in 1999 and introduced the ideology of “Socialism of the 21st Century”. Chávez enacted a new constitution, taking control of the state and the economy to carry out his “socialist revolution”.

Chávez, and later his protégé Nicolás Maduro, managed to win consecutive elections largely due to their policies of social redistribution — but as it always happens — they have finally run out of other people’s money. British newspaper Financial Times reports:

[Venezuela’s] gold reserves have dropped almost a third over the past year and it sold over 40 tonnes in February and March, according to IMF data. Gold now makes up almost 70 per cent of the country’s total reserves, which fell to a low of $12.1bn last week.

Venezuela has larger crude reserves than Saudi Arabia but has been hard hit by years of mismanagement and, more recently, depressed prices for oil. Oil accounts for 95 per cent of its export earnings. Despite the recent price rebound, declining oil output is likely to take a further toll on the economy.

The IMF forecasts the economy will shrink 8 per cent this year, and 4.5 per cent in 2017, after a 5.7 per cent contraction in 2015. Inflation is forecast to exceed 1,642 per cent next year, fuelled by printing money to fund a fiscal deficit estimated at about 17 per cent of gross domestic product.

Democratic presidential hopeful Bernie Sanders might prefer to distance himself from Chávez and his socialist legacy, but admiration for Venezuela’s socialist experiment goes a long way with American progressives and liberals. Sander’s top advisor and his pick for the Democratic Party’s platform committee, Cornel West is a fervent devotee of Venezuelan dictator.

In 2006, on the eve of Venezuelan presidential elections, Cornel West along with the usual suspects like Jesse Jackson and Tom Hayden, endorsed Chávez in an open letter praising his policy of sharing “country’s oil wealth with millions of poor Venezuelans.” West tweeted in 2010 saying “I love that Hugo Chavez has made poverty a major priority. I wish America would make poverty a priority.” Now we all know, how foresighted “El Comandante” was when he made “poverty a major priority” for the Venezuelan people.

But don’t hold your breath if you are expecting liberals to realise the folly of falling for yet another third-world charlatan promising a socialist heaven of earth. Those riding the Bernie Clown Car have long lost touch with the reality.

I love that Hugo Chavez has made poverty a major priority. I wish America would make poverty a priority. #SmileyAndWest http://ow.ly/3rnMN

The liberals share this strand of insanity with those running the show in Venezuela. Instead of taking responsibility and trying to fix the country’s crisis, President Maduro is busy blaming the U.S. for the economic mess that he and his mentor Chávez have driven their country into.

But who knows? Maybe his friends in Hollywood would buy that story. Sean Penn could direct the movie, starring Michael Moor as the loudmouth Venezuelan dictator.

“I love that Hugo Chavez has made poverty a major priority. I wish America would make poverty a priority.”
—Cornell West

I wonder if he had any idea what he was saying there…???

Because it COULD happen here. We COULD make “poverty” not only a priority, but a reality for more millions of Americans.

OTOH, Venezuela is “more prepared than ever” for a U.S. invasion…

Yeah, that kind of stands out.

At least he followed through on his priorities, right?

OTOH, Venezuela is “more prepared than ever” for a U.S. invasion…

They are probably hoping for an American invasion. We have a tendency to treat our former enemies well.

Just keep voting Democrat and it WILL happen here.

Making “poverty a major priority” is indeed how socialism works.
They did it in the Soviet Union and most of its Eastern Europe satellites. They did it in N – Korea, in Cuba and Venezuela.

The idea is to make everybody poor, and hook everybody on a welfare system controlled by the state and a certain ideological “elite”.
It’s all a whole process that includes controlling the media and education. It requires rewriting history, vilifying Capitalism and rich people, as well as inciting class division/warfare.

It is already happening here, too. Believe it or not.

Mr.Rags, have you no faith that Mr. Penn, Moore and Glover are at this very moment assembling a “flotilla” of food and medicine for the good people of Venezuela?

Tell them not to forget the toilet paper!

One of the great lessons/insights Adam Smith brought us in the “Wealth Of Nations” was that nations do not really derive wealth from natural resources.

Spain, for instance, for decades had a HUGE advantage in terms of gold coming from the Americas. Yet it was not made wealthy. Instead, the relative amount of gold for a measure of wheat went up in terms of gold. Wheat was a product of labor, among other factors.

At about the same time Holland…which had essentially no natural resources BUT a hard-working people and an essentially free-trade regime…grew wealthy.

The wealth of nations is…principally…in its people, and its people get to reach their fullest potential via markets.

Socialism fails when it runs out of OTHER people’s money.

There’s an interesting criticism that’s been made before that because socialism disrupts productive investment it basically eats its own seed corn. This is a good example – reserves that could have been used to upgrade infrastructure or expand export capability are used to prop up a failed economy. That’s also why in the early days socialism can seem successful, at least outwardly, because capital that had been earmarked for savings and investment is being redistributed and consumed.

I hope that the Democrat ( Communist ) Liberals are observing this. Socialism has NEVER WORKED, as long as it has been tried over the ages, anywhere. The people selling this are the one’s that plan on cashing in on the ” Transitioning Process.” When the leaders run out of other peoples money, it is, “Game Over.”

They didn’t do it right. Be WE are so sophisticated and intelligent that WE can do it right. So goes the mantra.

Socialism works perfectly. Assuming your goal is to get people to give up their liberty in exchange for tyrannical “justice”.

Well Venezuela has certainly succeeded in making poverty a priority. Now everyone in Venezuela is poor.

Except, that is, Maduro and his cronies who no doubt live in the lap of luxury. Sort of like Bernie and Hillary.

I would say the commie lib’s will learn a lesson from this, but no, the idjits will just brush it off as “they didn’t do it right” and continue on making the same mistakes, leaving a swath of destroyed lives in their wake.

All you old-school commie-fighters from the last century are overlooking the true lesson of Venezuela’s collapse. It’s not the socialism, it’s the crime, corruption and cronyism. Venezuela does not have a socialist government. It has a kleptocracy.

Even a rich, free-market nation can go broke if its elites steal all the wealth and put their cronies in charge of everything.

And your last sentence is a self-contradiction.

It’s not the socialism, it’s the crime, corruption and cronyism.

They go hand in hand. Central government planning is a corruption magnet.

They are selling their last gold reserves to prop up the economy. Folks in Venezuela with gold teeth should hide or they may have them removed to support the failed socialist state.

While they have a lot of reserves it was my understanding that a good portion of Venezuela’s crude was of the harder to refine extra-heavy sour variety.

As long as we have Fracking going on, Venezuela can stew in their own oil.

I have worked with internationals (mostly students + scholars) for 17 years, and the last few years we have seen several from Venezuela. They talk quite openly about the situation there and how amazingly bad it is. They emphasize the violence (get killed trying to find a speck of food) more than one hears from our news media. And they are frustrated when people blame Maduro and forget about Chavez. Does this make me an expert? No, only that I hear testimony from those who escaped that nation recently and still have relatives (including grown children + siblings) there. American leftists who spoke well of Chavez Had No Clue. I had a clue, but admit not knowing how bad it was or how bad it would become. Chavez destroyed a nation. President Obama is an amateur compared to him.

Those who followed Allende’s Chile knew what was coming in Venezuela. Hard Lefties aren’t interested in history, in reality, in actually helping others or in learning from mistakes. They only want to be boss or, as HRC once put it, “to run something.” They are corrupted souls who will kill anyone who thinks differently from them.

Paternalism has a long pedigree in Latin America. It’s another name for socialism, which is another name for & form of feudalism. Your life isn’t yours to command. Somebody better-educated & smarter than you will do that for you whether you want it or not, like it or not. You have no choice in the matter.

That’s what’s ahead for us, folks. Obama’s merely been putting the finishing touches on a long-term project to bring America down.