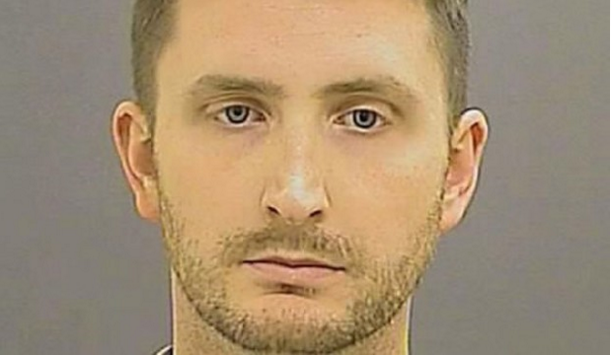 The defense in the “Freddie Gray” trial of Officer Edward Nero rested today, the trial’s fifth day. Closing arguments are anticipated tomorrow, and trial Judge Barry Williams has announced that he expects to return a verdict on Monday, May 23.

There hasn’t been much substantive reporting on the defense’s case the last two days, and of course there aren’t cameras in Maryland courtrooms, but the following is based on live-“tweeting” of the trial by the Baltimore Sun.

The defense primarily brought as witnesses police officers who either were somehow involved or a witness to Gray’s arrest and transport, who trained Officer Nero, or who otherwise are experts on police procedure.

Sergeant Robert Himes was involved in Nero’s training. He testified that he, a 16 year veteran of the Baltimore Police Department, has never seat belted a prisoner into a van.

Sergeant Warren Stevens testified that he had worked with Nero, and that officers are trained that they can lawfully stop and detain someone who is suspected of committing a crime.

Former Assistant State’s Attorney and a current Assistant Attorney General Michelle Martin also testified. Martin has trained both prosecutors and police on the 4th Amendment (seizure law) and Terry stops. The purpose of the defense here seems to have been for Martin to discuss the governing law. The prosecution objected. Trial Judge Williams told the defense he will manage they law and they should restrict themselves to presenting facts. Martin did testify that someone fleeing unprovoked from officers is a factor that can constitute reasonable suspicion and justify a Terry stop.

This day opened with the prosecution agreeing to stipulate that the area in which Gray was arrested is, in fact, a high-crime area. The high-crime nature of the area is a key factor in establishing reasonable suspicion based on Gray’s flight from police.

Had the prosecution not agreed to this stipulation, the defense was prepared to call as witnesses numerous staff from State’s Attorney Marilyn Mosby’s office to testify as to email communications from her office asking for an increased police presence in the neighborhood.

The first witness of the day was Officer Zach Novak. Novak was on the scene for Gray’s arrest, and has previously been immunized by state prosecutors. He discussed what he observed that day and his training on Terry stops.

Next called was Captain Justin Reynolds, the former director of training for the Baltimore Police Department. He had also testified at the earlier “Freddie Gray” trial of Officer William Porter; that trial ended in a hung jury.

Reynolds also testified that it’s impossible to seat belt someone using a 2-part seatbelt, as were installed in the police van, without making oneself vulnerable to assault.

Nero was offered an opportunity to testify, and declined.

With that, the defense rested.

The defense also made a motion to dismiss the indictment, on the interesting grounds that the prosecution delayed the “Freddie Gray” trials for months in their successful efforts to be able to compel the testimony of Officer William Porter. Their failure to then actually call Porter to testify, the defense argued, indicates that this action was in bad faith. Judge Williams denied the motion.

And that was that. Tomorrow will be closing statements for the prosecution and defense, Friday will be a day off, and Judge Williams stated he plans to return a verdict on Monday.

BREAKING! The fully updated newest edition of our best-selling book has launched, “The Law of Self Defense, 3rd Edition”!

This case is laughable.

I only wish the judge had agreed to the following, “The defense also made a motion to dismiss the indictment, on the interesting grounds that the prosecution delayed the “Freddie Gray” trials for months in their successful efforts to be able to compel the testimony of Officer William Porter. Their failure to then actually call Porter to testify, the defense argued, indicates that this action was in bad faith. Judge Williams denied the motion.”

Wanna bet what they really are timing the verdict for is to influence the primary in CA.

After all, you will have the Rodney King voters in LA who will get very motivated to act and thereby give Hillary a motivated black vote.

Give them a week or so to riot and vent, and then calm down and vote just in time for Hillary.

Doing it on a procedural matter now would be too soon.

“…Their failure to then actually call Porter to testify, the defense argued, indicates that this action was in bad faith…”

So could a civil suit by Officer Nero then use this extended period of stalling by the prosecution to say roughly “The prosecution delayed my case by X months for no good reason, thereby costing me $Y in lawyers fees and lost income”

I would guess that the city is still paying all suspended officers since they haven’t been convicted of a crime and the union pays for the attorneys to represent the officers.

healthguyfsu
Nero and Miller are being paid since they are charged with misdemeanors , the others are not being paid

“kangaroo-court” Williams is so obvious that even Nero’s attorney has noticed.

With the higher level State Courts refusing to have anything to do with this case …. going for an appeal overturning the conviction is not looking like a smart decision.

Don’t forget the Feds are waiting for their turn at bat, as well.

Not smart on whose part? Williams?

Sometimes judges give all the leeway they can to the prosecution to see if they can make an actual case. They allow all the casework to go forward to develop the entire theory.

Once there is nothing left and the judge sees it all, the judge dismisses the case or rules in favor of the defense.

As one good old Fort Bend County, Texas district judge once put it to me, “Letting them eat what they kill”. Or giving them the change to run out their case before a decision.

Love that final motion by the defense.

I was on a federal jury once and we listened to three days of testimony, the closing arguments from both the defense and prosecution, and then the judge dismissed the case. The prosecution’s case was so weak it was laughable but for some reason the judge wanted to go through the motions. It could happen.

I am troubled by a bench trial. That means a verdict. Given the political climate and the Judge, a finding of guilty on charges related to the van transport is entirely possible.

Now the case will go to verdict and the appellate courts. Nero may have waived one of his best appellate arguments — a tainted jury pool.

Appellate Courts in most states (and I don’t know Maryland Law) have tools to affirm a trial verdict without creating binding law. I fear that may happen here.

It is a modern day Scottsboro Boys case. I am greatly saddened.

I’m not a lawyer but I once stayed in a crappy hotel off base at Clark Air Base in the Philippines. It appears to me that the judge is in a difficult position of redefining Terry Stops with a guilty decision. This would render the police force in Baltimore virtually useless.
If this happens this judge will certainly live forever in case studies in every law school in America.

wukong
He could acquit on the assault during the arrest and convict on the seat belt for reckless endangerment .
He did rule at Porters trial that seat belt non use alone was not a criminal act , but could be used in conjunction with other evidence . He would need to navigate that one.
Of course there is always misconduct , maybe Nero spit on the sidewalk or something.

Staring at his picture you can see it in his eyes. “Why did I ever become a police officer?”

I can find nothing of this trial on any of the major media outlets. They are not interested because results are not to their liking (suppression of news). This will change with the judge’s ruling on Monday, because either way it will rile up a lot of people off. That’s what the media not only loves, it’s what they love to promote.

The MSM spin on not training officers to endanger their lives by seat belting erratic, violent perps is that Nero was “improperly trained” is ridiculous.

The defense here is masterful.

The state has NO viable case against Nero. Case law is solidly in support of the actions of Nero and his partner in stopping and frisking Grey. Possession of the knife found on Grey is a violation of Baltimore City ordinance, so the arrest would be lawful. There is still no evidence that Nero, or anyone else, committed any direct act which led to the death of Grey. To date, we still do not know what caused Grey to hit his head against the wall of the van. It is all speculation. The injuries could very well have been self induced.

But, the judge has already shown himself to be heavily biased in favor of the state. So, the defense put Judge Williams on the spot. As he is the trier of fact, in this action, HE is responsible for the decision. There is no jury onto whose shoulders he dump the responsibility or blame for any decision here. If he rules upon the facts in evidence and existing case law, he must acquit Nero. If he ignores the facts in evidence and existing case law and convicts Nero, he will have to explain his ruling and that would be nearly impossible to do. So, the strategy here is to place the judge into the position of ruling accurately based upon the facts and existing case law.

If it works out, for Nero, then it will affect the remaining cases pending before his court. If he acquits Nero, will we see those cases dropped? Or will we see the current judge replaced?

Not only nearly impossible, but appealable as well.

I don’t see them dropping the rest of the cases, simply because if they get even one guilty verdict on even the smallest charge they can claim victory. If Nero is acquitted they will just say that it was expected because he had the least to do with the arrest, or some such nonsense.

According to the reporting today the assault charge based on the arrest has pretty much been ruled out . However the reckless endangerment based on the seat belt could an out for Williams to convict. He was grilling the defense heavily on that aspect.

He did however rule in Porters trial that seat belts in and of themselves, would not be criminal , but that was Porter”s trial and I don’t trust his memory .I hope the defense brought that up.