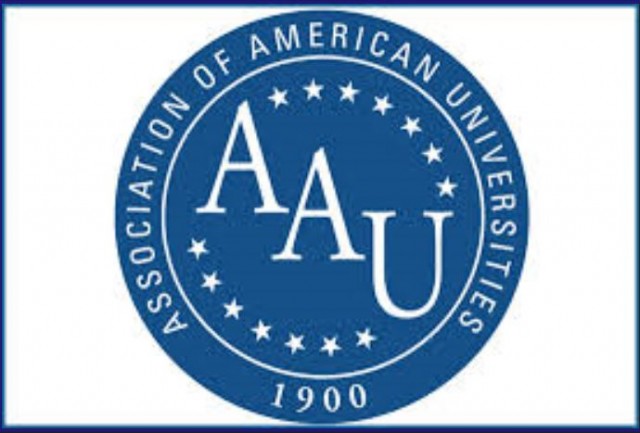 Allan Bloom’s book The Closing of the American Mind was published in 1987, which is now very close to 30 years ago. And yet its relevance has only grown in the intervening years. It describes the influence of the left on the university and what it teaches, and how it has affected subsequent generations of students and how they think about a host of things, including America itself.

Here’s an excerpt from the book that very much resonates today:

Contrary to much contemporary wisdom, the United States has one of the longest uninterrupted political traditions of any nation in the world. What is more, that tradition is unambiguous; its meaning is articulated in simple, rational speech that is immediately comprehensible and powerfully persuasive to all normal human beings. America tells one story: the unbroken, ineluctable progress of freedom and equality. From its first settlers and its political foundings on, there has been no dispute that freedom and equality are the essence of justice for us. No one serious or notable has stood outside this consensus…All significant political disputes have been about the meaning of freedom and equality, not about their rightness…

But the unity, grandeur and attendant folklore of the founding heritage was attacked from so many directions in the last half-century that it gradually disappeared from daily life and from textbooks. It all began to seem like Washington and the cherry tree—not the sort of thing to teach children seriously…The leading ideas of the Declaration began to be understood as eighteenth-century myths or ideologies. Historicism, in Carl Becker’s version (The Declaration of Independence: A Study in the History of Political Ideas, 1922) both cast doubt on the truth of the natural rights teaching and optimistically promised that it would provide a substitute. Similarly Dewey’s pragmatism—the method of science as the method of democracy, individual growth without limits, especially natural limits—saw the past as radically imperfect and regarded our history as irrelevant or as a hindrance to rational analysis of our present. Then there was Marxist debunking of the Charles Beard variety, trying to demonstrate that there was no public spirit, only private concern for property, in the Founding Fathers, thus weakening our convictions of the truth or superiority of American principles and our heroes (An Economic Interpretation of the Constitution, 1913). Then the Southern historians and writers avenged the victory of the antislavery Union by providing low motives for the North (incorporating European critiques of commerce and technology) and idealizing the South’s way of life. Finally, in curious harmony with the Southerners, the radicals in the civil rights movement succeeded in promoting a popular conviction that the Founding was, and the American principles are, racist…

Students now arrive at the university ignorant and cynical about our political heritage, lacking the wherewithal to be either inspired by it or seriously critical of it.

Every sentence of Bloom’s usually contains more food for thought than most entire books do. The Closing of the American Mind is so dense with thought that the reader has to pause frequently to mull it over and digest it, as one would a particularly rich meal. And not only do I agree with most of it, but it’s expressed in prose so clear and yet so lively, so succinct and yet deeply erudite, so detailed and yet broadly linking widely disparate thoughts and knowledge, that my admiration for the author (who continued in his lifetime to identify as a liberal, by the way) is enormous. Bloom was a man who was not only unique in his thoughts, but courageously unafraid to speak and write them regardless of where that might lead him and who might disapprove.

If you read the above passage of Bloom’s and think about our political position at the moment, I think you may agree that Obama was no anomaly, no outsider come to undermine America, but the culmination (so far, anyway) of at least a century of hard work. The ground was prepared long ago, and what Bloom wrote in 1987 could be considered a sort of prophetic vision of things to come, but not one of the extra-sensory variety.

[NOTE: If you’ve read my posts regularly you know that I’m definitely not a Donald Trump admirer. But one of his main appeals to his supporters — and something about him that I do think both admirable and sincere—is the fact that he ascribes to the traditional vision of America described by Bloom, the one that so many people (including me) are angry at having seen undermined for so long. Ted Cruz and other GOP candidates ascribe to it as well, but I consider that neither Obama nor Hillary Clinton do.

Excellent reminder of this great book.

I remember discovering it back in 2007-2008 when Obama started his talking points that triggered too many images that this book discusses – ultimately leading to that infamous quote, “…we are 5 days away from fundamentally transforming America!” Which of course he has continued, and is ramping up today…..

Contrary to your beliefs, however, I believe Trump is faking his “American idealism/love” rhetoric – as his minion/henchman Manafort stated (and rapidly attempted to walk back) about The Donald portraying a character. He is a charlatan, and is more like Hillary and Obama than people want to believe.

I agree with you Marie about Trump being a charlatan. The only success he has had is in business and his image is not one that strikes confidence. His big claim to fame has been his outlandish lifestyle and his over the top rhetoric on TV and whenever he has a microphone. He has never lead anything of a serious nature and has shown no sense of responsibility when he speaks of and insults others. Almost anyone that you can picture that might run for the highest office in the land has moments of patriotism and self-reflection on the seriousness of the office. I keep thinking that he is going to get serious and settle down but he isn’t and hasn’t. I am weary of this whole circus and wish it to be over.

Excellent post, but I disagree about DT. He has no respect for private property (see eminent domain) and freedom of speech. He identifies with the despots of this world (ChiComs over the tank guy) and styles himself after Mussolini.
DT’s grandfather immigrated here and got rich quickly. The Trumps are no ordinary American family.
The Donald is third generation wealthy, but, remarkably, he has the taste level of a New Russian.
Young people today are not educated to live in a democratic society. Trump’s working class following is older, but do they know better?

First time I’ve ever been accused of being too kind to Donald Trump 🙂 . Who knows what actually lurks in his heart? But I’m willing to think that he does believe in American exceptionalism and in America as the Land of the Free.

As long as you don’t cross Donald Trump, that is.

I don’t think your 3rd sentence computes with the 4th. ). He’s too thin-skinned.

Well … on consideration, I suppose The Closing of the American Mind and monomaniacal Trump-phobic whine-tasting parties do have something in common.

You mean Trump subscribes to the original vision of America, not ascribes to. Ascribe means attribute.

I’ve never read Bloom’s book. First off, I reject his collectivist title; There IS no such thing as “The American Mind”. Secondly, why would I read amy book, the goal of which is to prove Americans are stupid? Thirdly, Ayn Rand warned about American philosophical decay long before Bloom ever thought of it. Atlas Shrugged pretty much sums up where we’re headed and why.

Bloom could have called the book “The Corruption Of The American Mind”, since it deals with the effects of a very serious, deliberate and designed effort by the Frankfurt School, among others. It goes on today apace.

As to Der Donald, I’m reminded that one can love for very wrong…even sick…reasons. Giving him the benefit of the doubt that he does love “America” in some respect does not put him in the same cohort with people who love America for its founding ideas and ideals.

Someone who loves Wilsonian America is my enemy, not my brother. The same is true of Obamic America. It may come to be that the same will be true of a T-rumpian America, which I will fight with everything I have when called for.

I read Bloom’s The Closing of the American Mind. And I agree. The book is jam-packed with insight. It took me ten months riding the train five days a week to read the entire thought-provoking book.

I also agree with the assessment of Bloom’s work and thought. It is extensive and appears from many angles to be spot on.

Besides mentioning those who have been “weakening our convictions of the truth or superiority of American principles and our heroes”, under Part Two. Nihilism, American Style, Bloom has a chapter titled, The German Connection – the Frankfort School. In this chapter Bloom relates how German psychology and psychiatry have affected and altered American thinking (basically replacing absolutes and values with (in my estimation) existentialism and feelings in a world of no value (sounds familiar!). This brings me to the no-core-value candidate.

I do not agree with “…the fact that [Trump] ascribes to the traditional vision of America described by Bloom,”

Absolutely not. Having read Bloom’s book I would say that in no way does Trump posit “the traditional vision of America described by Bloom”, unless you now believe that sticking it to someone else to gain advantage is an American value. And, unless you believe that wealth is the earmark of value. And, unless you believe that denigrating others in underworld tones is American. There are too many examples of Trump’s nihilistic positivism to be considered here. No way. And in no way can Trump “Make America Great” again when he considers himself to be greatness. And then there is this…

“The failure to read good books both enfeebles the vision and strengthens our most fatal tendency—the belief that the here and now is all there is.” Allan Bloom.

I stumbled across this book when it first came out and was impressed that it was by a liberal. In those days liberals like Moynihan and Bloom made sense so it was easy to vote for democrats. They still make sense but liberal democrats are the only kind that remain and they are all sociopaths. Blue dogs are extinct.