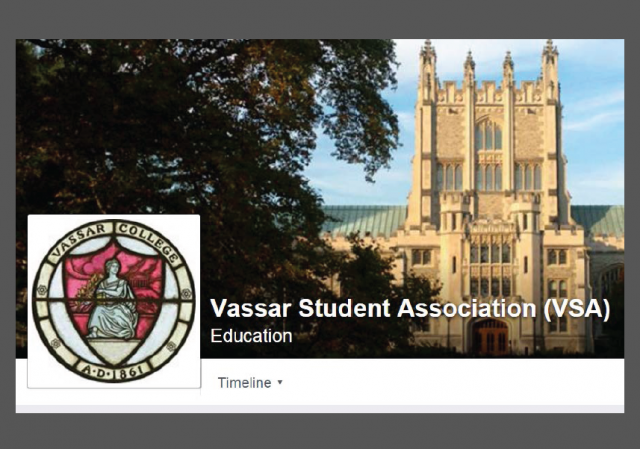 The Vassar student body voted the past two days on two anti-Israel referenda sponsored by Students for Justice in Palestine and Jewish Voice for Peace.

The results were just announced by email, and both referenda were rejected.

Under the circumstances, with a years-long anti-Israel propaganda campaign supported by vocal faculty members, this must be considered a huge victory for the voices of reason on campus.

Please let me know if you have any further questions about the referenda.

Board of Elections and Appointments

This was a perfect storm for anti-Israel groups who hoped to pass the anti-Israel resolutions.

The most vocal members of the Vassar faculty support BDS and help the cause by bringing anti-Israel speakers, like Jasbir Puar, to campus; they also create a climate of fear such that not only students but other faculty are afraid to speak out.  The Vassar faculty, including the Jewish Studies Department, is a core source of the problem.

Vassar also has  aggressive SJP and JVP chapters which openly mock and jeer Jewish students who defend Israel. These hostile student groups are not matched by any equivalent on the “pro-Israel” or neutral side. Vassar J Street U deserves credit for organizing the opposition to the resolutions, but there is an inherent weakness in J Street’s approach; it accepts virtually all of the anti-Israel historical and political propaganda, yet argues over remedy.  Vassar J Street U originally had proposed its own counter-resolution condemning Israel but opposing BDS. If all you are arguing over is the remedy, you are losing the argument.

Vassar desperately needs diversity of opinion on Israel particularly at the faculty level. The one-side narrative failed this time, but barely. Vassar administration is to blame for this situation; recent attempts to deal with alumni outrage by bringing a greater diversity of speakers to campus are too little, too late.

The current Vassar president is retiring, and a presidential search is just starting. This is a perfect opportunity for students, staff, faculty, parents and alumni who care about the reputation of Vassar and the quality of campus life to make fairness to Israel part of the presidential search criteria.

[This post was updated after initial publication to add analysis.]

Positive progress. However, the margins are slim.

1076 students at Vassar? That’s it? Just checked, looks like less than half voted.

Good for Vassar and good for higher ed; perhaps the stand by its faculty and students, who are apparently excluded from hate speech protection rules by Vassar’s administration, will encourage others elsewhere to work up a bit of courage and do the same.

The topic aside, conservatives of all stripe, particularly in the Congress of the United States, would do well to take this sentence of professor Jacobson’s to heart: “If all you are arguing over is the remedy, you are losing the argument.” Republicans do not seem to understand this.

Great news… but the war goes on.

500 students vote antisemitism & this is victory?

God would have spared Sodom for ten honorable men; Vassar is damned lucky I’m not in His seat, or the fire and brimstone would be raining down.

Anti-BDS won with 53% and 55%, respectively. That is very far removed from the 90-95% margins that this should have gotten.

“These hostile student groups are not matched by any equivalent on the “pro-Israel” or neutral side.”

Why? Sounds like we need to revisit the 43 Group…

I believe that the J Street students at Vassar deserve unreserved congratulations. I haven’t been a fan of J Street in recent years but they did something that hasn’t happened at NYU or CUNY — both of the latter, institutions full of Jewish students, allowed groups of graduate students to vote to boycott Israel. Perhaps graduate students at NYU and CUNY will learn something from undergraduates at Vassar. Meanwhile I also believe that it is necessary to provide a “safe”middle ground for those liberal Jewish students who are opposed to BDS but also critical of some Israeli policies — if that is their view. Israel has my unswerving support and as an American Jew I have been opposed to making decisions for Israelis and alway argued that whatever government the Israelis on the front line elect is their decision, not ours. Nevertheless its becoming harder and harder to do that, and it may be that some day soon I will conclude that some more public pressure from American Jews and indeed the govt of the US, may be necessary to help Israel as a whole find a solution. Even more so I believe now is the time to pressure the Israeli government to make Israel more welcoming to Conservative Jewish practice. In this latter case, every time Israel takes actions against Conservative Judaism, we loose more American Jewish support for Israel. There are the actions at the Kotel, and the negative response of Rabbi Lau re Conservative Jewish education in the US.