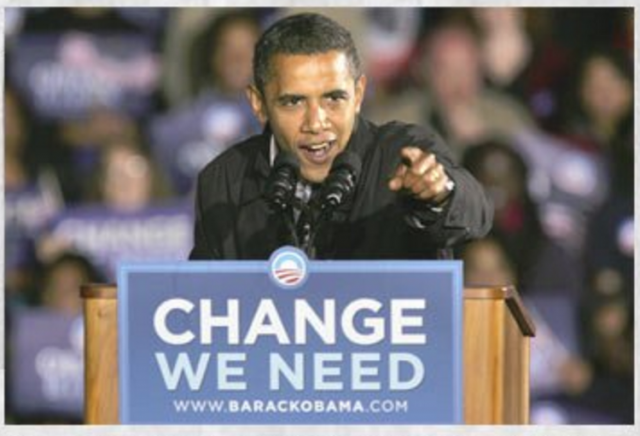 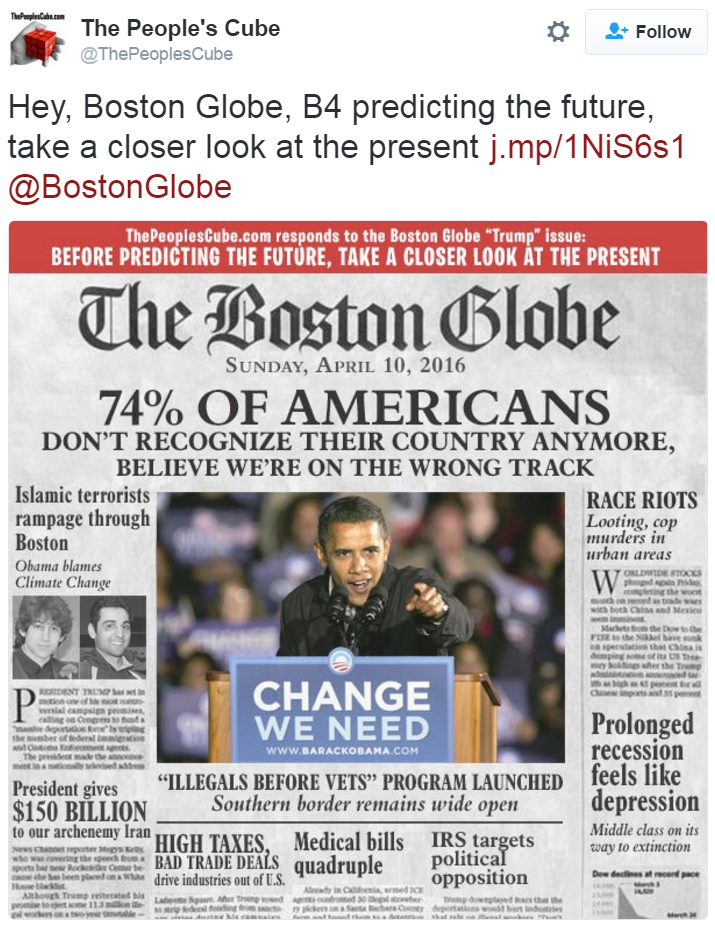 This one should work too: 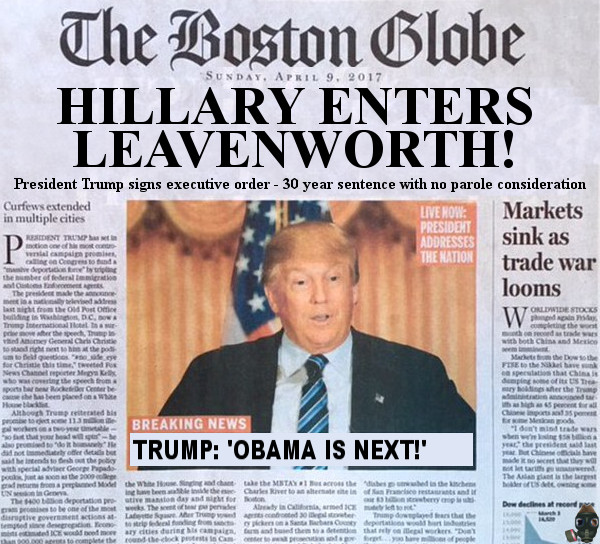 The peasants are revolting. While the Wizards of Id weren’t looking, they all got educated, and then they got computers.

The corrupt bastards hogging the leadership positions of both American political parties are also saying ‘the peasants are revolting,’ though they mean ‘revolting’ as an adjective, not a verb.

The Peasants are ALWAYS revolting. That’s what makes us so damn undesirable to the “genteel” class.

The problem for the establishment class is now we’re REBELLING, and we intend to take them off the table in the process.

They went too far in the second one: Trump is loyal to his wedding guests so would never do that. Cruz, on the other hand…

Loyal to his wedding guests, perhaps. His bride(s), not so much.

The majority of Americans were mislead and harmed by the dysfunctional (a.k.a. sexual) revolution. Still, he and his ex-wives maintain cordial relationships, and their children have developed as normal, productive members of society. So, there is hope for positive progress when men and women put away liberal things.

….his children are all registered Democrats……

Not my idea of “normal” and “put[ting] away liberal things”….

No, his children are not registered Democrats

You mean that Trump wouldn’t put Obama in jail if he is convicted of felonies and other high crimes…..because he was his “wedding guest”?

And you’re implying that Ted Cruz would be gauche or otherwise distasteful or unacceptable if he enforces the law, regardless of who is determined, based on evidence, that they deserve to be indicted and convicted….i.e. “no one is above the law”?!

Messed up Trump worshiper, that’s what you are – if you mean what you said, literally. Sounds also like you may be an Obama cult-of-personality lemming, too.

Lord, protect us from the lemmings and useful idiots who will follow blindly progessive narcissists like Donald Trump and Barack Obama.

The clintons were his wedding guests so what does that mean?

Well done. The real fight is against Obamaism/Clintonism, not Trump or Cruz.

My fight is with Statism, and it is in support of liberty.

It was yesterday, it is today, and it will be tomorrow.

That’s where the REAL fight is.

I can well imagine Trump signing an “executive order” that purported to sentence Clinton to 30 years without parole; he probably sincerely imagines a president can do that. But of course such an order would be completely without authority, and anybody who obeyed it would face both criminal and civil liability.

What’s sad, your comment is going to be attacked with a lot of “down-thumbs”. It’s perfectly true, of course. And Der Donald would have the support of a lot of people.

We are in a sad place as a nation.

Was IRS political persecution of the Tea Party lawful?

Has anyone been held accountable?

There is a reason that no one in the Senate or Congress has brought up these very illegal and unconstitutional acts of an out of control Presidency.

We all know why Obama will never be impeached.

Answering for your friend. 😉

Yes, wedo know why he has not been and won’t be impeached; there is no point in impeaching someone if he’s certain to be acquitted, as 0bama would be. On the contrary, he’d hold up his acquittal as a vindication, and the public would believe him. It’s unethical for a prosecutor to indict someone if he knows he can’t get a conviction; much the same applies here.

Nobody ever talks about why obama will not be impeached which is odd at this site. they could not sentence him to anything more than removal from office if convicted which would never happen despite the evidence. Worse he could fairly claim protection from double jeopardy to criminal charges after leaving office.I am not a legal scholar or lawyer but that is my opinion. Anyone can read the constitution.

What do you mean, nobody ever talks about it? It seems like we’re constantly talking about it. Scarcely a week goes by here without some idiot demanding that the House impeach 0bama, and declaring that their refusal to do so means they’re collaborating with him. And every time that happens, I or someone else explains that there’s no point in impeaching someone if there’s no possibility of convicting him, and that doing so would only help him.

But no, double jeopardy is not an issue. An impeached official may be tried for the same offense that got him removed from office, if it happens to be a crime. For instance former corrupt judge (and now Democrat congressman, which is a step down the ethics ladder) Alcee Hastings was impeached by the House, convicted by the senate, and then tried in criminal court, where he was acquitted.

“Has anyone been held accountable?”

The uniparty doesn’t hold their own accountable.

Why, one might get the idea the R faction is happy to see the IRS used illegally to punish those conservative groups.

Your friend is an idiot. There can be no comparison between an illegal order such as is suggested here, and what we beleive the IRS did. For one thing, nobody’s even alleging a presidential order to the IRS; whatever it did, it seems to have done on its own initiative. For another, the IRS never did anything that was not within its legal and legitimate power; the “persecution” consisted of selectively using its power for illegitimate motives. That’s why it’s so hard to prove that it did anything wrong; no single action can be identified as having been wrong, and it’s only from examining its entire activity that a pattern emerges that seems to reveal an illegitimate agenda.

That’s also why any comparison to 0bama’s orders not to enforce certain parts of the immigration laws would also be invalid. Nothing he ordered would require an agent to do something illegal. Declining to pursue an available and appropriate action is not a crime, whether or not the motive is political. But kidnapping and imprisoning someone on the president’s orders is blatantly criminal, and anyone who obeyed such an order would have no immunity of any kind.

My friend observes that if similar IRS persecution had been directed to parties on the political left, we’d have been reading nothing but that story in the headlines ever since, until those responsible had been hunted down, removed from office, and held publicly and perhaps criminally liable.

When the perceived wrong-doer is on the political right, no resource is withheld in seeking their imprisonment. Ask Scooter Libby.

When the perceived wrong-doer is on the political left, suddenly it’s all just not worth the bother, nothing to see here, move along, shut up, racist. Ask Hillary Clinton.

Rule of Law: Yet another victim of the Progressive left.

“Rule of Law: Yet another victim of the Progressive left.”

I’m just going to add: With the support of the “right”…

I’m beginning to think your friend is not an idiot but dishonest. His or her comment is irrelevant, and s/he must know that. S/he is commenting on press coverage, not the rule of law. Press coverage favors the left; so what else is new? The IRS would never discriminate in the first place against leftist organisations as it has against those on the right, regardless of who was in the White House; but if it had then the press coverage would have been withering.

All true, but in no way relevant to the topic, which is a hypothetical presidential order purporting to imprison somebody. Such an order would be ignored, whether it was signed by 0bama or by Trump, and anyone who obeyed the order would face both criminal charges and civil suits, with no immunity from either.

Surely your friend knows and acknowledges that no president has the power to issue such an order. The sad thing is that Trump almost certainly doesn’t know that.

You of all people, really ought to be careful calling anyone a name, let alone an idiot.

Do your parents know you called somebody a name?

WTH are you talking about now?

Yes, but the law only applies to Republicans. I thought you knew that.

Just like what happened in Colorado’s primary where he didn’t have a clue what was going on and then says it is Cruz’s fault or the RNC’s fault. The man hasn’t a clue what the job requires and appears to not have any intentions of learning. Didn’t we all think that sooner or later he would wise up and start using adult words and tell us some specifics about his vision? He reminds me of the kids in 7th grade running for class president where they promised pizza for lunch and recess extended for two more hours a day!

No, I never thought that, and am not surprised that he hasn’t.

The publisher of the Peoplescube.com (Oleg Atbashian) is brilliant. His humor and artistic talents are great, but so is his scholarly writing. This is a man who should be lecturing at universities.

He’s a writer and graphic artist from the former USSR. Born and raised in Ukraine, he grew up believing in Communism and at one time worked as a propaganda artist, creating visual agitprop for the local Party committee in a Siberian town. He became disillusioned with the corruption and the hypocrisy of the socialist system and emigrated to the United States in 1994. His writings present a view of America and the world through the prism of his Soviet experience.

His essays and satires have been translated into many languages and his graphics reproduced in various publications around the world.

His excellent book against communism:
http://shakedownsocialism.com/

Some of his other writings:
http://www.americanthinker.com/author/oleg_atbashian/

Thanks – I have always enjoyed and admired his work, whenever I’ve encountered it, but didn’t know this!

Great to know how many on the front lines and in the trenches are deeply committed to rescuing our nation, the last best hope for a world on a desperate decline into chaos.

BTW, the PeopleCube.com got a hat-tip this morning from Rush Limbaugh.

PS – Of course all of this only helps Trump. I wonder if that’s part of the Left’s calculation.