Thrown out on procedural grounds since prosecution dropped. 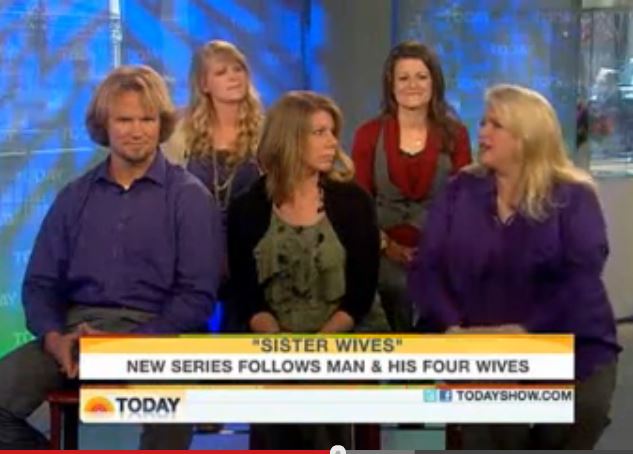 In December 2013, we reported on how a Utah federal judge strikes down key part of anti-polygamy law in a challenge by the  Brown family of “Sister Wives” TV fame:

The legalization of polygamy followed logically from the legal arguments against one man-one woman, as was predicted not just by me, but also by Professor Martha Nussbaum, one of the leading legal advocates for gay marriage, “Polygamy would have to be permitted.”

And it’s coming true in a small step, as a federal court in Utah, while not holding that polygamists were entitled to state-sanctioned civil marriage, nonetheless struck portions of Utah’s anti-polygamy laws banning polygamous “cohabitation” and polygamous “purported” marriages. The full decision is embedded at the bottom of the post….

In the ruling, the Court concluded as follows:

The court finds the cohabitation prong of the Statute unconstitutional on numerous grounds and strikes it. As a result, and to save the Statute, the court adopts the interpretation of “marry” and “purports to marry,” and the resulting narrowing construction of the Statute, offered by the dissent in State of Utah v. Holm, 2006 UT 31, ¶¶ 131-53, 137 P.3d 726, 758-66, thus allowing the Statute to remain in force as prohibiting bigamy in the literal sense—the fraudulent or otherwise impermissible possession of two purportedly valid marriage licenses for the purpose of entering into more than one purportedly legal marriage.

This afternoon, the United States Court of Appeals for the Tenth Circuit issued its decision in Brown v. Buhman, No. 14-4117, reversing the decision striking down the cohabitation provision of the Utah polygamy law. The opinion of the panel is attached below. The panel ruled entirely on standing grounds and did not address the merits of the constitutional violations committed in the case. As lead counsel in the case, I have been going over the opinion with our team including our local counsel, Adam Alba, as well as the Brown family. We respectfully disagree with the panel on its interpretation of the governing law and we will appeal the decision….

The panel did not reach any of the constitutional violations. Instead, it ruled that the district court should have dismissed the case after [Prosecutor] Buhman changed his policy and said that he had no further intention to prosecute the Browns.

To put it in simple terms, Federal Courts can only become involved, among other things, when there is an actual “case or controversy.” Federal courts can’t just issue opinions on cases for the fun of it — there has to be an actual, real dispute pending.

By dropping the prosecution, the real case or controversy arguably disappeared. While Turley in his post argues the appeals court was wrong in this case to find that the dispute was moot, the 10th Circuit managed to avoid what might have been a landmark case on whether the Supreme Court’s same-sex marriage logic applied also to polygamists.

The Republican Party was founded to advocate against “the twin relics of barbarism:”. slavery and polygamy.

How disappointing is this ruling, conceding the practice of polygamy and failing to rule on the legal technicalities until one of the sister wives actually decides to get a divorce.

When eventually sharia starts to spread in the U.S., there will be no principles left to fight against it.

What is your boy’s position on polygomy?

Could be Mormon Missionary.

Yes, and all the muslims the potus is importing will want to import/marry more wives, and just as in Europe, we’ll end up supporting them all via our tax dollars. Cultural and societal rot.
Dangerous indeed!

The State-established pro-choice religion is a chaotic mix of instructions given by gods from the twilight zone and dictated by their mortal judges that follow prevailing special and peculiar interests.

Once we went down the worm hole of gay marriage it’s hard to understand how anyone can pretend polygamy isn’t next.

The laws of the US are not set up for multi-marriage. What happens when three people are married and then one sues for divorce? Does that person get 1/2 of the marital assets? Or, 1/3rd? What about Child custody? Are rights 1/3rd, 1/3rd and 1/3rd? Or, does paternity/maternity play a role in all this?

Who the heck knows?

In my world, this has no meaning but in the world of government benefits, it is huge. If multiple spouses are allowed the same benefits as a single spouse then we are in for a world of debt. Think about all of the new rules that would have to be written just to cover some of the immediate issues. How do you divorce just one wife and do the others have a say in it? How about custody issues? Would birth dictate who the child’s actual mom is or would it be seniority? How would wills be written? How about insurance? Social Security recipients? MediCare? This could end up costing all of us one-man, one-woman marriages a lot of money.

This is the same “slippery slope” the left derided conservatives for in the 90’s when CA moved towards “civil unions” for gays would lead to gay marriage.

This is the next logical step followed by the push to normalize polyamorous, the incestuous and finally the pinnacle of human deviance…..pedophilia.

Oh, it won’t stop at mere pedophilia, trust me. There are so many perversions that normal people can’t even imagine, each one darker than the next. You’ve only scratched the surface ~

You left out the bestiality that has already been heard before a judge where a man wanted to marry his dog. We are headed to the place with free college and open/multiple marriages where neither one will have any value or meaning.

And it will continue until there is no order, rhyme or reason to how society functions. Just a chaotic existence with no law or border.

What’s going to happen? Looks like the Ghostbusters were right:

Left to its own devises, there is no limit to the depths this world will sink.

1 – a am not a lawyer.
2 – the state has no business issuing marriage licenses.
3 – ‘de facto’ polygamy/polyandry exists
4 – legal corporations can and do permit associations with rights and responsibilities.
4a – children of 4 must be addressed by the incorporation charter.

1. I am not a lweayer.
2. Every state/nation/political subdivision in the world issues marriage licenses and/or defines marriage. The state is society writ whole, and has the power to define relationships that determine the course of society as a whole. It’s just plain silly to pretend otherwise. I’m actually quite tired of seeing that argument.
3. ‘De facto’ polygamy/polyandy does exist, and is de jure unlawful in the vast majority of the world that does not comprise sharialand. Since it has demonstrated deleterious effects on society writ whole, it should remain de jure unlawful. Unless you wish to make the argument that sharia is a better system to live under…
4. Marriages are not considered by anyone to be a corporation, and are not governed by corporate and contract law; family law is a wholly separate area.
4a. See 4

The State has a vested interest in issuing marriage licenses because the State sees marriage as a Contract.