This move affects public libraries across the nation 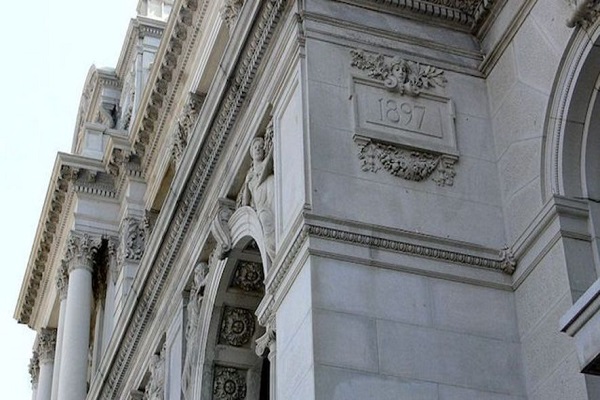 Back in 2012 Professor Jacobson reported on the organized movement to ban the term “illegal alien” because it is deemed “racist.”  Since then, California governor Jerry Brown has banned the term, the LA Times drifted into lala land banning both “illegal immigrant” and “undocumented immigrant,” and former House Speaker John Boehner issued a memo about “individuals living outside the rule of law.”

A group of graduate students at Dartmouth have succeeded in their bid to get the terms “illegal” and “alien” to describe illegal aliens removed from public libraries across America that use the Library of Congress subject list.

The Library of Congress has decided to no longer use the heading “illegal aliens” in bibliographic records after Dartmouth College students petitioned to ban the “racially charged” term.

The Library of Congress denied the ban request in 2014, arguing that “illegal alien” is an official term for people who are in the country without proper documents, students told Fox News.

That’s when the Dartmouth Coalition for Immigration Reform, Equality and DREAMers, or CoFIRED, enlisted the help of librarian associations across the country to petition the Library of Congress to stop using the term, which they argued dehumanizes undocumented immigrants, Fox News reported.

The term “alien” is from the Latin alienus meaning “foreigner” or “outsider” and has been in use in English common law since at least 1769 and was adopted by our Founders.   The term is used—currently—by the federal government to mean the same thing:  “An individual who is not a U.S. citizen or U.S. national.”  The federal government also defines an “illegal alien”:  “also known as an ‘Undocumented Alien,’ is an alien who has entered the United States illegally and is deportable if apprehended, or an alien who entered the United States legally but who has fallen “out of status” and is deportable.”

The historical background and legal use of the word aside, apparently, the term “illegal alien” is now “dehumanizing” according to the SJW crowd, who prefer, for the time being at least, to be called “undocumented immigrants.”  This sort of Orwellian word play reflects, among other things, the degradation of our nation’s education system.

Fox News Latino reports that one of the Dartmouth graduate students involved in petitioning the Library of Congress for the change states, “Illegal aliens is a dehumanizing, racially charged term. It’s about changing how we talk about things. The word alien makes undocumented people seem far removed…extraterrestrial.”

White washing the language is a favorite pastime of the progressive left, and in some instances, their “new” terminology makes a difference in the way the general public views an issue, but this is a case where it may not have the desired effect.

Words alone don’t change the fundamental fact that “undocumented immigrants” are here illegally and are not American citizens or nationals and that they are subject to deportation.

The people who are not happy with the huge illegal alien population in the country are not likely to be swayed by the “official” policy change emanating from the Library of Congress and possibly seeping down into their local public library.

[Featured image via The Washington Times]

Orwellian euphemisms, pervasive and increasingly silly (‘man-caused disaster’ anyone), hurt them more than they help.

I prefer the more accurate term ‘criminal invader’. An undocumented immigrant is a guy who has lost his passport or who has washed ashore by accident.

If you come here illegally there should be nothing you can do here legally and should be able to use none of our social services except emergency medical for life threatening injuries while you are being bused or flown home.

Let’s see if they postpone that effort till after Nov 2, 2016 to see which way the wind will blow going forward.

President Trump will have none of that sorry business.

Semantic games. That’s so in compliance with the State-established pro-choice religion (i.e. “church”), cult, really, that is instructed by gods from the twilight zone, or in progressive jurisprudence “penumbra”.

Let’s teach these morally confused degenerates a lesson. Since they do not respect our national security and borders, I propose we tell every illegal alien they are free to take up permanent residence at the homes of these graduates.

We should also change the laws so that their local 911 dispatcher will dismiss all their desperate (racist) calls for help when the caravan of undocumented noncitizens show up to trespass on their couch.

Dishonest people frequently start out a discussion arguing that the words need to be changed. This wastes time, and usually involves a dishonest framing of subsequent issues. Shame on the Library of Congress for falling for this obvious scam.

And bank robberies will be called undocumented withdrawals.

Dealers in substances others say you should not have will be called undocumented pharmacists.

Why should it matter?
Virtually everyone has stopped using “illegal alien”. Well that was until Trump ran.

We are constantly shamed into changing our vocabulary in hopes it will change our attitude toward the people the word describes. “Idiot”, “moron”, and “retarded” all were once used by educational professionals to describe people with IQs below 70. Today calling them “developmentally delayed” is supposed to be kinder, but it hasn’t changed the attitude rude people have. It just confuses the issue. In my lifetime I changed from describing people with more melanin in their skin from Negro to black to African-American. I’m not sure it’s done much except prove people with less melanin can be made to jump through hoops to prove they’re trying not to be racist. There are similar transformations of words that were once acceptable in a polite society to describe other characteristics of groups of people which are now socially unacceptable. The words we use now will eventually outlive their usefulness, and we will be beaten into submission until we all agree on a new word. And the cycle will begin again. It’s an effective way to prove speech can be controlled.

Undocumented Democrat would be accurate. If [email protected]*t was lightning, the earth would be on fire!