History of cutting herself, falsely claimed she was called a terrorist. 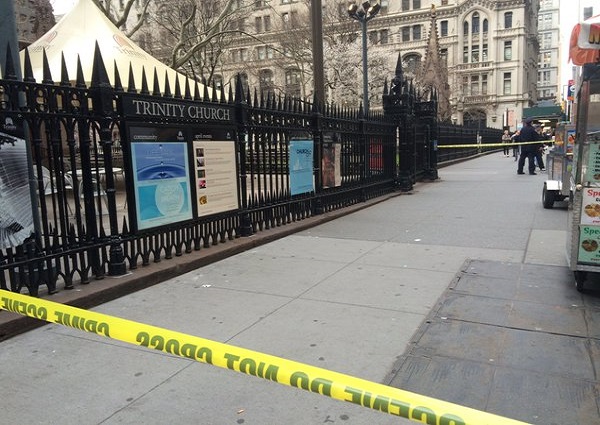 On Thursday, a Muslim woman reported to police that a stranger who shouted “terrorist” at her slashed her face with a knife.  Apparently, after having been so “attacked,” the woman then called 911, only to later admit that she was not attacked and that her wound was self-inflicted.

The incident has been widely reported, including in a publication called Arab American News:

A blade-wielding wacko called a Muslim woman a “terrorist,” then sliced open her face as she left a downtown Manhattan cosmetology school, police said.

The woman, 20, is a student at the Make-up Designory on Broadway near Rector St. and was leaving the building and walking toward Trinity Church at 4:50 p.m. when her attacker struck.

Police sources describe him as a white man wearing a black hat and a black jacket. He came up behind her, slashed a roughly two-inch gouge into her cheek, and ran off, police sources said.The woman then ran back into her school on the 15th-floor and called a relative, who called 911.

The victim, who was wearing a scarf on her head, and attacker appear to be strangers.

The attack is the latest in a string of hate crimes targeting Muslims in New York.

The police, according to the New York Daily News, were unable to find the incident on surveillance cameras or any witness to the incident; however, they did find video of her entering a woman’s bathroom with no cut on her cheek and leaving it with one, and upon being confronted with this evidence, the woman admitted that she had made the whole thing up and that the wound on her cheek was self-inflicted.

The woman is of Middle Eastern descent. She went to a cosmetology school she attends on the 15th floor of a building down the block, where she called her father, who called 911.

Her injuries were not life-threatening.

Authorities say she has a history of cutting herself dating back to when she was a teenager, and that surveillance video recovered from the Make-Up Designory school at 65 Broadway shows her entering a bathroom on the 15th floor. When she came out, she had a cut on her face.

The woman admitted what happened when detectives confronted her with the video. Detectives also interviewed family members, who told them of her history.

She is undergoing a psychological examination at Bellevue Hospital.

That she has a history of cutting herself might indicate that this was not purely a case of “fake hate,” though the colorful description of her attacker and of his supposed taunt that she’s a “terrorist” suggest that it played a role.

Nothing to see here. Move along.

however, they did find video of her entering a woman’s bathroom with no cut on her cheek

There’s the problem, right there. They need to get more of The Faithful working in police departments. Then there should be no problem dealing with things like video evidence.

I’m sure CAIR is on the case.

Self mutilation is a symptom of Borderline Personality Disorder.

On the bright side, her face WAS slashed.