And then blamed the CIA 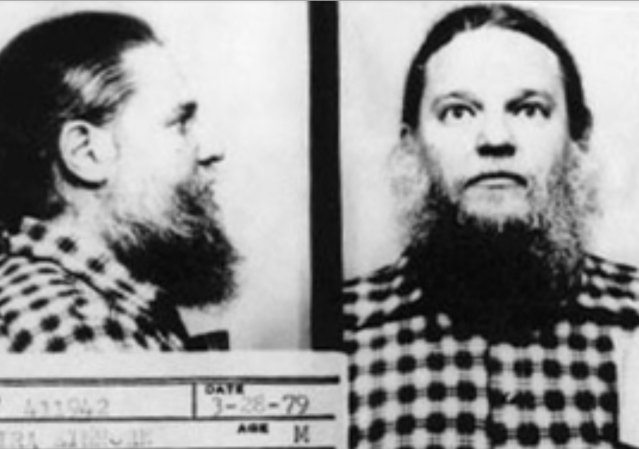 At least Ira Einhorn was consistent?

My favorite inconvenient Earth Day truth (aside from the many horrendously wrong apocalyptic predictions) is the story of Earth Day co-founder Ira Einhorn. Not that I like tragic tales of death and compost, but it’s hard not to enjoy the fact the day created to glorify bad science was propagated by well, a murderer.

Several years after the first Earth Day in 1970, police raided Einhorn’s home where they found his dead girlfriend “composting” in a trunk. What a guy, that Einhorn.

When his girlfriend broke up with him in 1977, Einhorn insisted she return home to collect her belongings or he would pitch them out. She returned and was never seen again. Einhorn told police she’d gone to the co-op for tofu and vanished. 18 months later, her body was found.

Then Einhorn bounced around a few other countries before finally being extradited back to the US to stand trial. From the witness stand, he claimed his girlfriend was murdered by the CIA because he knew too much about the fed’s paranormal military research.

The entire story is here in all it’s tragic, weird, glory:

A self-proclaimed environmental activist, Einhorn made a name for himself among ecological groups during the 1960s and ’70s by taking on the role of a tie-dye-wearing ecological guru and Philadelphia’s head hippie. With his long beard and gap-toothed smile, Einhorn — who nicknamed himself “Unicorn” because his German-Jewish last name translates to “one horn” —advocated flower power, peace and free love to his fellow students at the University of Pennsylvania. He also claimed to have helped found Earth Day.

But the charismatic spokesman who helped bring awareness to environmental issues and preached against the Vietnam War — and any violence — had a secret dark side. When his girlfriend of five years, Helen “Holly” Maddux, moved to New York and broke up with him, Einhorn threatened that he would throw her left-behind personal belongings onto the street if she didn’t come back to pick them up.

And so on Sept. 9, 1977, Maddux went back to the apartment that she and Einhorn had shared in Philadelphia to collect her things, and was never seen again. When Philadelphia police questioned Einhorn about her mysterious disappearance several weeks later, he claimed that she had gone out to the neighborhood co-op to buy some tofu and sprouts and never returned.

It wasn’t until 18 months later that investigators searched Einhorn’s apartment after one of his neighbors complained that a reddish-brown, foul-smelling liquid was leaking from the ceiling directly below Einhorn’s bedroom closet. Inside the closet, police found Maddux’s beaten and partially mummified body stuffed into a trunk that had also been packed with Styrofoam, air fresheners and newspapers.

After his arrest, Einhorn jumped bail and spent decades evading authorities by hiding out in Ireland, Sweden, the United Kingdom and France. After 23 years, he was finally extradited to the United States from France and put on trial. Taking the stand in his own defense, Einhorn claimed that his ex-girlfriend had been killed by CIA agents who framed him for the crime because he knew too much about the agency’s paranormal military research. He was convicted of murdering Maddux and is currently serving a life sentence.

Although Einhorn was only the master of ceremonies at the first Earth Day event, he maintains that Earth Day was his idea and that he’s responsible for launching it. Understandably, Earth Day’s organizers have distanced themselves from his name, citing Gaylord Nelson, an environmental activist and former Wisconsin governor and U.S. senator who died in 2005, as Earth Day’s official founder and organizer.

Grade A, certified nutter. And yet, he’s the cofounder of Progressive High Holy Day, Earth Day. But environmental activists prefer we not remember that part.

For Texans, it’s the day after San Jacinto Day. Which is still LOTS more important.

It’s also Lenin’s birthday, which I’m sure was not lost on the watermelons of the Collectivist environmental movement.

What do you have against Jupiter?

According to Gustav Holst, Jupiter is the bringer of Jollity. Those who are jolly tend to throw loud parties, and then there goes the neighborhood.

Damn. I was looking forward to watching the Batman episodes she was in. Catwoman for the win!

OK, that was gooood…

Composting is using decaying organic material to improve the soil. Stuffing your murdered and decomposing girlfriend in a trunk in your apartment closet, along with a bunch of Styrofoam, isn’t composting; it’s just disgusting. And why was an “environmentalist” using Styrofoam in the first place?

He was an early proponent of carbon sequestration in order to forestall the prophecy of catastrophic anthropogenic global warming.

I thought he was just bonkers.

He’d have gotten away with it if he hadn’t overlooked the crystal pyramid.

“Not that I like tragic tales of death and compost….”

See, if he had thrown in some dirt and red worms, and maybe some dead leaves and a compost starter, he would have been alright. Hiding the body is always a problem. When I get to being more ethically challenged, my idea for a small business is this: exterminators. We will rid your place of pests and bugs, with real bug spray. We will rid your place of bugs, with electronic sweeping. We will rid your place of pests with a van equipped with a portable cooker. They have them now. Load in a body, and lye, seal the lid and crank the heat. In a few hours all that is left is sediment. Unfortunately for this plan, but fortunate for me, I know that providing a Christian burial is a corporal work of mercy. Disposing of a persons body that way would be a big sin. Ethics, gravity, and the police are keeping be from a life of crime.

The body “finisher” will be in a cargo van. We’ll have a bigger truck for car debugging. We will meet you anywhere. You drive your vehicle into the back of our truck and we will find and eliminate all electronic bugs and tracking equipment. The best thing is those tracking devices can be planted on some innocent nearby vehicle. Then whoever is tracking you will start tracking Mr. It-Isn’t_Me. Sort of like North-by-Northwest.

May God Bless Terra and all of its Terrans.

Actually Ira Einhorn being the co founder of Earth Day is an urban myth. And a false one at that, perpetuated by the lying murderer hinself. While he was involved in that first Earth Day he did not co found it, and ended up alienating every one if those who did found it: http://www.phillymag.com/news/2015/04/22/ira-einhorn-not-founder-earth-day/

Silly Ira! I do not see “remains of ex-girlfriend” on this list of things to add to a compost heap: