From the Vault: The Worst Environmental Predictions from 1970 and Beyond

From the Vault: The Worst Environmental Predictions from 1970 and Beyond 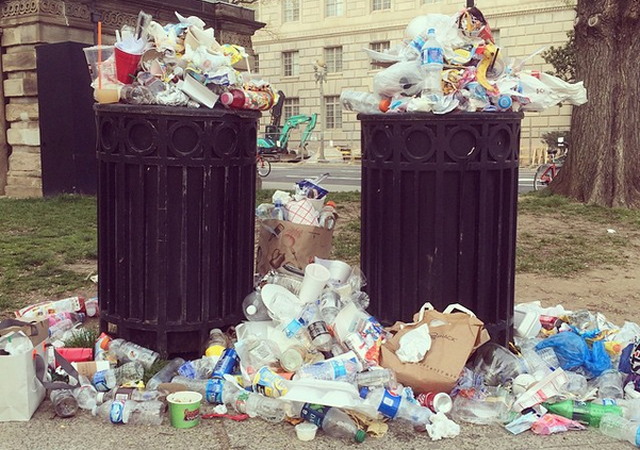 Since 1970, there’s been no shortage of Earth Day doomsday predictions.

As the world celebrates a day created by a dude who murdered and composted his girlfriend, Mark J. Perry of the American Enterprise Institute included an old, but fabulous list of the most ridiculous predictions from 1970.

In the May 2000 issue of Reason Magazine, award-winning science correspondent Ronald Bailey wrote an excellent article titled “Earth Day, Then and Now” to provide some historical perspective on the 30th anniversary of Earth Day. In that article, Bailey noted that around the time of the first Earth Day, and in the years following, there was a “torrent of apocalyptic predictions” and many of those predictions were featured in his Reason article. Well, it’s now the 46th anniversary of Earth Day, and a good time to ask the question again that Bailey asked 16 years ago: How accurate were the predictions made around the time of the first Earth Day in 1970? The answer: “The prophets of doom were not simply wrong, but spectacularly wrong,” according to Bailey. Here are 18 examples of the spectacularly wrong predictions made around 1970 when the “green holy day” (aka Earth Day) started:

1. Harvard biologist George Wald estimated that “civilization will end within 15 or 30 years unless immediate action is taken against problems facing mankind.”

2. “We are in an environmental crisis which threatens the survival of this nation, and of the world as a suitable place of human habitation,” wrote Washington University biologist Barry Commoner in the Earth Day issue of the scholarly journal Environment.

3. The day after the first Earth Day, the New York Times editorial page warned, “Man must stop pollution and conserve his resources, not merely to enhance existence but to save the race from intolerable deterioration and possible extinction.”

4. “Population will inevitably and completely outstrip whatever small increases in food supplies we make,” Paul Ehrlich confidently declared in the April 1970 Mademoiselle. “The death rate will increase until at least 100-200 million people per year will be starving to death during the next ten years.”

5. “Most of the people who are going to die in the greatest cataclysm in the history of man have already been born,” wrote Paul Ehrlich in a 1969 essay titled “Eco-Catastrophe! “By…[1975] some experts feel that food shortages will have escalated the present level of world hunger and starvation into famines of unbelievable proportions. Other experts, more optimistic, think the ultimate food-population collision will not occur until the decade of the 1980s.”

6. Ehrlich sketched out his most alarmist scenario for the 1970 Earth Day issue of The Progressive, assuring readers that between 1980 and 1989, some 4 billion people, including 65 million Americans, would perish in the “Great Die-Off.”

The entire list is worth perusing, especially if you need a good chuckle.

And what would an Earth Day post be without this 2008 Good Morning America gem:

Of course Al Gore, Inventor of the Internet and Global Warming, predicted in 2006 that by now, we’d be past the point of no return, polar bears would be SOL, and Manhattan would be the new Atlantis. I’m just as shocked at you that not one of his predictions have materialized.

Ehrlich has been consistantly and spectacularly wrong the entire time he’s been on this Earth. Why do people still listen to him?

Wasn’t there a positive prediction from about that time that by 2000 we’d be running the entire planet on b. S.? THAT one came true!

The crises change every decade or so, but the remedy is always the same.

SOLUTION: More centralized power & control over the economy & especially over fossil fuels, to be wielded by a wise & benevolent government.

The solution has been waiting for half a century for a crisis the public will fall for.

Math is inconvenient to the doomsday crowd. Everyone on the planet would fit into Texas and be less densely packed in than NYC. The hysteria in the 70s that the human race was doomed is a pathetic joke, as the world population is roughly twice what it was when they made that prediction. Sounds like the human races is thriving.

I stopped and smelled the flowers.

Didn’t know it was “earth day” until a few minutes ago, but managed to celebrate today anyway:

had meat for breakfast and lunch, will have a late dinner the same

drove 8 hours today, in my gas guzzling Suburban, just me

While the temperature is mild today, I am going to celebrate winter and turn the AC down, and light up a few more of the evil incandescent light bulbs.

There was a lot of stupid going around in 1970.

Radical environmentalists don’t FEAR natural catastrophes, they HOPE FOR them.