“She was dope as hell” 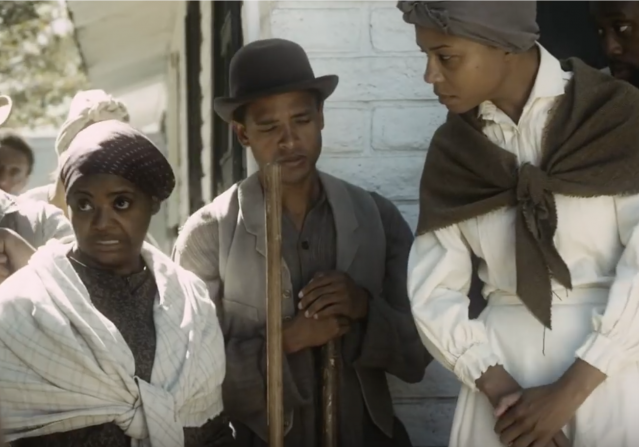 Harriet Tubman was a badass. And if things go as planned, she’ll be gracing the front of our $20 bills in about ten years or so.

In honor of Tubman’s accension to currency, I present to you Drunk History’s recounting of Harriet Tubman, Union spy.

If you’re not familiar with Drunk History, it’s a show where the hosts du jour get plastered, tell a very particular historical tale, and then that tale is acted out by comedians and other well known Hollywood types. Politically correct it is not, because really, who’s PC when plastered?

As luck would have it, this is one of my favorite installments of Drunk History. (WARNING — language):

Here is a British version of telling the Tubman story that is equally different. Well worth watching.

If someone has to go, it might as well be Democrat Jackson. And he get’s replaced by a Republican with a penchant for guns!

I’m all about recognizing great Americans on our currency, but don’t pander to certain genres of Americans in an attempt to get votes or show how much holier you are than another political party.

“Say man, you got a couple of Tubmans I can hold?”

“It’s alll about the Harriets!”

Paper money is approaching obsolescence…what a great time to waste more capital on revamping it.

Like he’s devalued everything else he’s put his grubby hands on, Obama now has now devalued the cache of our currency by putting civilian war heroes on money instead of our greatest of leaders.

Next, will be a community organizer on the fifty. And Boehner on the penny (Obama could not have done all the damage he has done without him.)

I just know there will be idiots wanting Obama on a bill.

I have a thought about that… Yes. Let’s put Ear Leader on the $1 bill. Then, let’s phase out this anachronistic nonsense of having a paper note for what should be a coin, and should have been a coin for at least the last ten years.

Sorry guys but Harriet Tubman is a stealth progressive pick not a gun rights pick. Harriet Tubman was a strong supporter of John Brown, the wanna-be revolutionary who tried to start a “war of emancipation” by taking over Harper’s Ferry and ended up getting a bunch of people killed. Tubman found freed slaves for Brown to use as soldiers for his raid.

Tubman easily could have been found guilty in the hearings that followed but didn’t. John Brown’s intent was to start war and Congress wanted to prevent one, so they didn’t try to go after all of the abolitionists that supported him. The first Southern state seceded within a year of Brown’s hanging, so he got his wish.

Naturally John Brown and his buddy Nat Turner, who also killed a bunch of white people and many more black people – have become progressive saints due to their “revolutionary” status aka “direct action”. Victor Hugo was the first on the bandwagon, even before John Brown was hanged, and Quentin Tarantino is one of the latest – he calls JB “his hero”. So you’ll excuse me if I don’t board the Harriet Tubman train with all y’all.

John Brown, Nat Turner and Denmark Versy, all lionized by leftists and ignorant air heads, were homicidal lunatics not heroes. Somehow, it escaped me that Tubman worked with J. Brown, in which case, she should have been strung up with Brown, too.