CDC official’s immigration warning: “Plan on many of the kids having T.B.”

CDC official’s immigration warning: “Plan on many of the kids having T.B.” 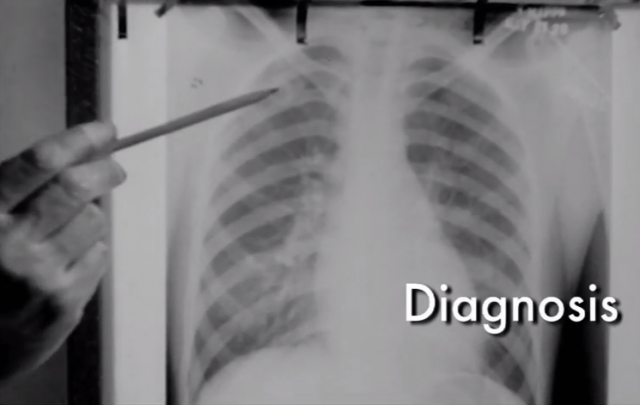 The Centers for Disease Control and Prevention (CDC) have done neither, lacking the power to stem the flow of essentially unimpeded immigration into the U.S. by unaccompanied minors.

Judicial Watch recently reviewed the records generated by that agency during the past few years, and the findings were truly sickening.

A government official warned employees deploying for the influx of illegal immigrant minors about health and safety risks because the new arrivals would have tuberculosis and some were young adults—not children—like the Obama administration proclaimed, according to records obtained by Judicial Watch. “We might as well plan on many of the kids having [Tuberculosis] TB,” states a June 26, 2014 guidance e-mail from a Centers for Disease Control (CDC) environmental health scientist, Alaric C. Denton, as the agency prepared to handle the crisis.

“Most of these kids are not immunized, so we need to make sure all our staff are immunized.” Denton, who is stationed at the CDC headquarters in Atlanta, Georgia, predicts in the directive that the agency will be overwhelmed pretty quickly and that screening requirements will be hard to keep up with.

Judicial Watch had to sue the CDC’s umbrella agency, the Department of Health and Human Services, (HHS) for the records. Though chunks have been redacted, the documents contradict the Obama administration’s public statements dismissing possible health and safety risks created by the tens of thousands of Unaccompanied Alien Children (UAC) fleeing violence in Central America.

About a year ago, I noted that 50 Indiana school kids test “positive” for tuberculosis (an illness caused by a species of bacteria attacking the lungs and which was once the leading cause of death in the United State). At that time, I wondered what the tally of TB infected people would be in January, 2017.

It certainly will be more than projected in 2008. After nearly 20 years of controlling the spread of this deadly disease, the CDC is reporting a rise in infections.

After a long period of strong progress in dealing with tuberculosis (TB), the number of cases has increased in the United States in the recent times. The Centers for Disease Control and Prevention (CDC) on Thursday reported that last year, incidences of the one the deadliest disease saw a rise. When compared with 2014, the cases reported in 2015 are more in each of the twenty-nine states and also in the District of Columbia.

There are no causes that define why the cases have gone up in the recent times. There is need of doing studies to find reason for the same. “After two decades of declining incidence, progress toward TB elimination in the United States appears to have stalled,” the CDC report said.

(Featured image from a Youtube video on T.B., and a new test to detect it rapidly).

Smallpox is supposedly extinct in the wild. Present federal policies seem like an ideal way to test that. If it still exists, we’ll see it here, and probably soon.

I had to be tested for TB during my application for an Immigrant Visa to the US. It was the one thing that (used to) impressed me about the country I was immigrating to.

What frustrates me the most about the discourse on ‘undocumented aliens’ is how Americans (both Left and Right) engage the issue with no reference to and praise of how EASY it is to come to this country LEGALLY.

My acquaintance, a Democrat, tried to win a debate with me by suggesting my lack of compassion for the plight of ‘undocumented immigrants’. I countered (and won) by asking her to cite the current application process for an Immigrant Visa. Which step in the process is discriminatory?

She, being an attorney, knew to quit the debate because she risked admitting that she was ignorant of the simple facts and worst, making a claim without evidence.

Welcome to the USA. Glad someone like you immigrated here by following the rules. Sorry that the political powers ignore your efforts while giving a free pass to those that ran across the border.

Remember that nearly half come here on ships and planes. They come here legally initially.

They BECOME illegal aliens by the simple process of staying when they should not.

Those are the ones that get screened. The other half aren’t.

The EPA lets lead get in our water
The IRS refuses to give equal protection under our laws
The CDC (actually, ICE and the States, ignoring our immigration protocols) lets serious diseases cross our borders

There is a reason why Donald Trump has the attention of a lot of Americans. I do not trust him, but I have to admit, he has been talking about at least some of the very real problems we have.

What’s gobsmacking is you think that’s new or novel.

It IS NOT. People who have been slimed by T-rump suckers have been shouting these issues from the roof-tops for decades.

Gee….. the CDC doesn’t know where the new cases of TB are coming from. Well, yes they don’t know and it will be hard to find out. Backtracking where US citizens contracted disease will be virtually impossible if contracted in US, and the government has “hidden” the illegals coming into the country either knowingly with kids and by letting virtually all in without checking. To bring up the phrase from our glorious (PBUH) president’s pastor…”the chickens are coming home to roost.” Disease, death, crime…. how many US citizens must personally endure this invasion for the “collective” good and necessary penance of this country (as envisioned by the all knowing, all caring, all compassionate Left)?

There are no causes that define why the cases have gone up in the recent times. There is need of doing studies to find reason for the same.

So form a committee, name a research group, build a task force, and spend a crap-ton of taxpayer money over the next 5-10 years to come up with a conclusion — any conclusion — that does not implicate open immigration practices as a part of the problem.

In other words, in 10 years we’ll be hearing how the resurgence of TB in the U.S. is Bush’s fault.