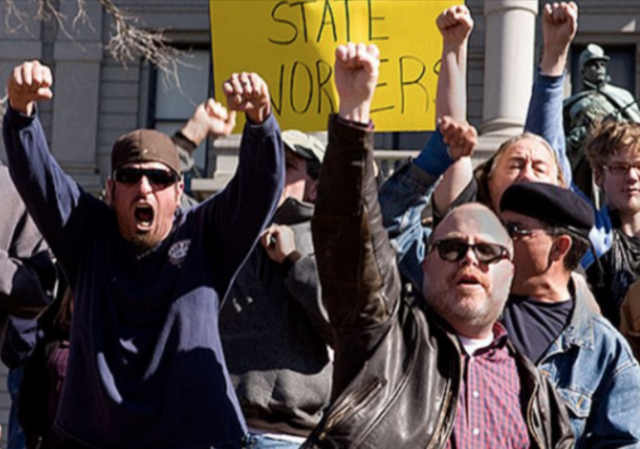 California’s primary is June 7th, and because of the ongoing election drama of both parties, voters in the Golden State are already very excited about their votes making a difference. So much so that the state’s election officials are preparing for an election-day voting tsunami:

More than 600,000 Californians have registered to vote online or updated their registration in just the last three months, and county election agencies may be overwhelmed by the volume of people who show up, Secretary of State Alex Padilla warned Gov. Jerry Brown. Voter registration application cards are in high demand statewide, he wrote in a letter Monday to the governor. Padilla also wrote that “one campaign” alone recently requested 200,000 registration forms to sign up voters, although he did not specify which candidate’s campaign made it. “Our data suggests a surge in voter participation in both the presidential primary election in June and the general election in November,” Padilla wrote in the letter.

Extreme interest in the presidential race is a factor. Current polls report that both Donald Trump and Hillary Clinton have substantial leads in their respective contests. However, June is months away and polls for this election cycle have been…unreliable. Interestingly, 2000 Bernie Sanders supporters rallied in front of CNN’s Los Angeles building to protest the poor coverage he has received in comparison to Trump and Clinton:

For those following the Democratic Party’s now robust contest, it seems that voter registration is not the only thing that has surged in this state. Applications for delegate spots are now a hot ticket item…especially for one candidate in particular.

So far, party officials have received 4,600 applications for just 317 “district-level” delegate spots, another 30 people will be alternates. Such delegates are voted on during May 1 caucuses held around the state and then allocated for the candidates based on how the June 7 primary election votes break down in each district. In addition, California has at-large delegates and party leaders and elected officials delegates, plus 70 unpledged “superdelegates” who vote independently. Many are elected officials. All told, California has a total of 546 delegates and 40 alternates. Soller said the number of applications received by the party set a record — more than five times the 847 applicants submitted in 2012 for the convention in Charlotte, North Carolina. So far, supporters of Vermont Sen. Bernie Sanders are leading Hillary Clinton’s backers. He’s received about 150 more delegate applications.

An intriguing aspect about the June 7th ballot is there is only one proposition listed. However, given the antics of our former state senator, Leland Yee, who was recently sentenced to 5 years for corruption, I suspect it is going to be a very popular measure:

In fact, landslide passage of Proposition 65 is the only election result this year I feel comfortable predicting! (Featured image via Twitter).

Unreliable polls, indeed – even just before a primary. Polls get cited because there’s no other metric available and pundits have to point to something, I suppose.

Last polls I saw for the GOP race in CA had anywhere from Trump up by 8 over Cruz, to dead heat. Then again, Cruz has been exceeding his polling by large margins – he was down about 4 in WI and won by 13. CA may well be a GOP dead heat at this point. Given Cruz’ momentum, Trump ought to be freakin’.

The Trump campaign has signalled it intends to pivot to ‘more presidential’ presentation, with a focus on fleshing out the details of all Trump’s positions and policies. This has always served Cruz well, lol (abortion, nuking Europe, education/healthcare/housing as top fed gov responsibilities, etc.).

Arnold Schwarzenegger’s election in California not that long ago is what made me take Trump seriously when others were dismissing him early on. It was the same type of election – lots of candidates but nobody for the media to really focus on until he arrived.

This time around, Arnold is endorsing Kasich so he won’t be a factor in the Trump-Cruz matchup. But perhaps his legacy as a celebrity with no political experience who became governor of the largest state in the country potentially will.

Forgive them Father, for they know not what they do.

Then, send them back to kindergarden.