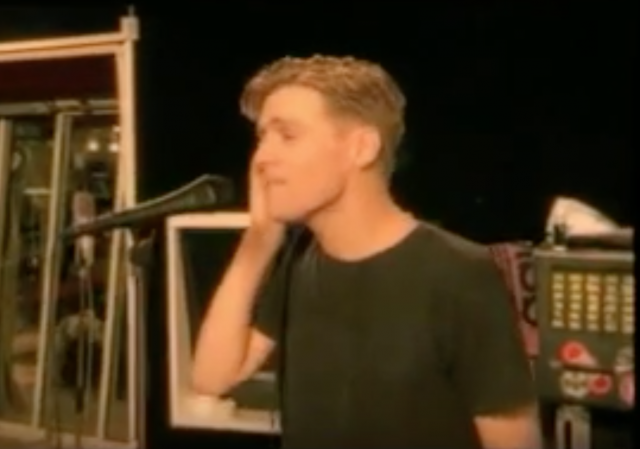 Is it an epidemic? Yet another decades-old rockstar miraculously found a feigned moral superiority soapbox. Canadian rocker Brian Adams, most famous for his early 90s hits, has decided Mississippi’s religious freedom laws are too draconian for his liking.

Canadian rocker Bryan Adams is canceling a performance this week in Mississippi, citing the state’s new law that allows religious groups and some private businesses to refuse service to gay couples.

Adams said in a statement Sunday night that he was canceling a show Thursday at the Mississippi Coast Coliseum in Biloxi.

The singer says he can’t “in good conscience” perform in a state where “certain people are being denied their civil rights due to their sexual orientation.”

The move comes after Bruce Springsteen and the E Street Band canceled a Sunday show in Greensboro, North Carolina, because of the state’s new law blocking anti-discrimination rules for the LGBT community.

The Mississippi law will take effect July 1. Supporters say it offers protection for Christians who adhere to traditional views of marriage and gender roles.

Where, “certain people are being denied their civil rights due to their sexual orientation,” Adams says.

Like most social justicey types, Adams was just fine rocking out in countries where the LGBT community is, as NRA New’s Cameron Gray puts it, “subjugated and abused.” But PRINCIPLES! Amiright?

Bryan Adams had a heck of a 2010, playing countries where women and LGBT are subjugated and abused @smittie61984 pic.twitter.com/VepT6aZ5Be

Meanwhile, Adams just got back from performing in the LGBT-friendly land of Egypt…

Performing with Egyptian percussionist Ahmed Bedair in front of the Sphinx in Egypt earlier this… https://t.co/NkT1n3VPlx

Mississippi’s new law is so unfair, so unjust that it dares protect those with religious beliefs from the social justice mob.

The Religious Freedom Law will “protect sincerely held religious beliefs and moral convictions of individuals, organizations and private associations from discriminatory action by state government or its political subdivisions, which would include counties, cities, and institutions of higher learning.”

In other words, every Christian who owns a business in the state of Mississippi owes the governor a thank-you.

“This bill merely reinforces the rights which currently exist to the exercise of religious freedom as stated in the First Amendment to the U.S. Constitution,” Gov. Bryant wrote in a message posted on Twitter.

Family Research Council President Tony Perkins praised Gov. Bryant “for standing up to the fundamental freedoms of the people they represent.”

“No person should be punished by the government with crippling fines or face disqualification for simply believing what President Obama believed just a few years ago – that marriage is the union of a man and a woman,” Perkins said.

Last week, Bruce Springsteen cancelled a show in North Carolina because he wouldn’t be able to frequent the ladies room. Or something.

The frustrating part about all of this stupid is that MS had to enact a law to enforce freedom of association. This is ridiculous.

If I am a gay man with a bakery and I don’t want to serve a devoutly religious couple that come into my shop then that is my right. This was the problem with the Jim Crow laws that paint all whites with one big stroke. If I am white in the Jim Crow south and I want to serve someone who is black then I would be breaking the law. How hard is this to understand.

These two ass clowns have said principles and stuff are why, but they wouldn’t be able to name the principle nor would they be able to defend what they are calling principle if challenged. Stick your “principles” up your ass guys, where at least it will do some good.

The law doesn’t allow that. ABC should be (but won’t be) condemned for their misreprentation of it.

This isn’t about the Constitution, or homosexuals, or the bill or rights. It’s about undoing the two-thousand-year-old battle for the right to not have someone else’s religion forced on us, the “gay religion” included. (In other words, Chanukah.)

I recommend we send people (with armed backup for protection) into homosexual businesses and order a cake with “homosexuality is a sin” on it. Then sue when they refuse. We might start to get somewhere.

If you can, then the MS law doesn’t protect you from it. That “He” isn’t risen isn’t one of the three religious beliefs the law protects. Ironically, that might be valid grounds for challenging the law, because it privileges some beliefs over others; but the state would say that it’s because these specific beliefs are under attack and others are not.

* But to be a genuine Has-Been, don’t you have to be a Once-Were?

I used to like Adams’ music. Nothing against the man, I’m just not that much into rock or pop music anymore, but he’s actually a better singer, musician and songwriter than Springsteen. They’re both ridiculous when it comes to political posturing. I guess I can admire a man for standing up for his principles, even if they are wrong.

And Mississippi is better for his boycott! I must have been listening to Boxcar Willie and completely missed this jackass.

Is it this law?

(3) (a) State action or an action by any person based on
state action shall not burden a person’s right to exercise of
religion, even if the burden results from a rule of general
applicability, unless it is demonstrated that applying the burden
to that person’s exercise of religion in that particular instance
is both of the following:
(i) Essential to further a compelling governmental
interest;
(ii) The least restrictive means of furthering
that compelling governmental interest.

Is this a “draconian” implementation of this law,

“Congress shall make no law respecting an establishment of religion, or prohibiting the free exercise thereof;”

bearing in mind that the Executive Branch at both the Federal and State levels cannot act except under color of law.

Remmeber when California passed a law basically repeating the 14th amendement? And they tried to – perhaps succeeded – in declaring in unconstitutional.

They are going to declare the constitution unconstitutional, if they hven’t already.

Clearly the left doesn’t understand. My religious views are my sexual orientation. Born again heterosexual monogamous born biologically male husband of one incredibly beautiful and really smart wife of whom I thank God everyday I married!

Of course they understand. They have no problem forcing thier beliefs on you. Rights only apply to them.

“Brian Adams, most famous for his early 90s hits, has decided Mississippi’s religious freedom laws are too draconian for his liking.”

I’m suppose to be interested in what you have to say about Mississippi’s laws when you’ve never said a thing about about how artists are assassinated, women must cover their heads and gays are executed under that other religion’s draconian laws; a religion which you tolerate under the lampshade of ‘multiculturalism’?

Again, the story is not that Bryan Adams is a hypocrite. Everybody is free to change their mind on things.

The story is that Bryan Adams thinks that Mississippi can be bullied.

This behavior will not stopped until the SJWs behind this are named shamed, and counter targeted for their bullying.

Yes, you can’t win without going on the offsensive. Countersue – start doing to them what they do to us. Build huge organizations and start suing small Leftist towns, homosexual bakeries – force our beliefs on them, and get court rulings. Better yet, lost the cases and get precedents.

I guess he showed them a thing or two.

Apparently his signature on his contract wasn’t binding. Who knew?

Wonder whether Bruce & this guy have to pay some sort of penalty for breaking a contract to perform? Bruce can well afford to pay but hard to believe This guy is raking it in at the same level

How can this kind of thing do anything but alienate their fans who bought tickets to their shows? If any were on the fence about the bathroom issue, it probably doesn’t promote the singers’ cause at all.

Maybe Bryan can perform a wellness check on Bruce’s wife and kids that he proudly walked out on in Baltimore, Jack.

Nobody was tweeting about that sort of thing in Syria, Lebanon, Qatar or the UAE in 2010.

Liberals always get confused when there are only two choices for bathrooms.

Go back to Canada

Since when do they ever use the markings on the bathrooms at a big concert anyway.

I can remember the long lines of women going into the men’s room at JFK during US of Africa (Band Aid).

I want a law like Mississippi’s here in Texas!

This law is keeping all the right people out of that state. If I had only known it was this effective at keeping trash like Bryan Adams away I’d have started lobbying my state representative years ago.