While You Were Sleeping: Western Primary and Caucus Results Rundown

While You Were Sleeping: Western Primary and Caucus Results Rundown

Everyone but Kasich wins big! (even the ghost of Marco Rubio) 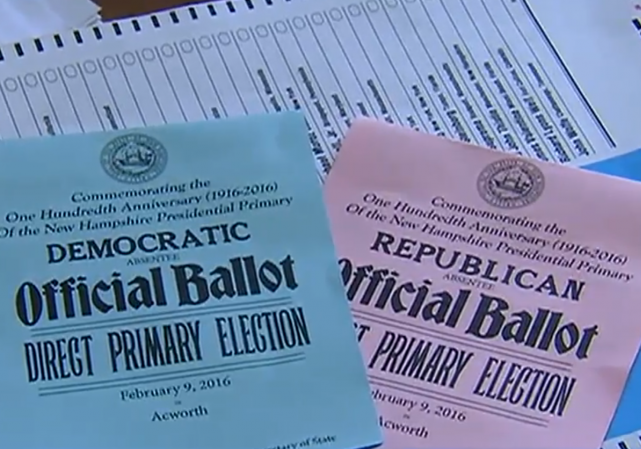 Didn’t feel like staying up until 3:00 in the morning to watch election returns? Have no fear. I was dutifully eating gelato and cross-stitching, keeping tabs on the state of the union WHILE YOU WERE SLEEPING.

So here’s what happened in no particular order:

On the Republican side:

Cruz won big in Utah, likely securing all 40 delegates there. Trump took Arizona where he won the state’s 58 delegates. All 9 of America Samoa’s delegates will go the the convention uncommitted.

Most polls indicated Cruz would take Utah, where he had the assist of the state’s Governor and Mitt Romney, while Trump was expected to take Arizona.

Cut Utah out of Trump country; he came in third behind Kasich (OUCH).

Meanwhile in Arizona, Kasich came in fourth. Yes, you read that correctly — fourth. All other candidates raked in an aggregate of ~20% of the vote, just shy of Cruz’s 23%. 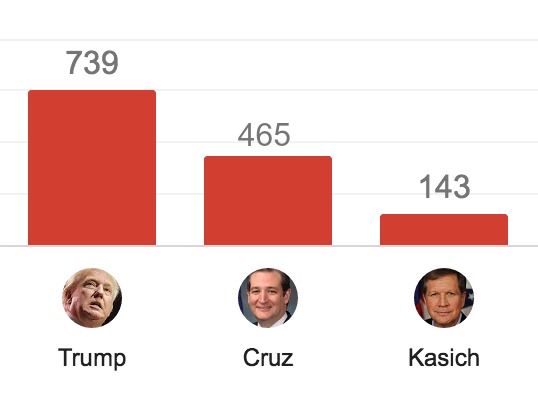 Interestingly, none of the Republican candidates gave a grand, “we couldn’t have done this without you, and subtle dig at the other guy!” speech last night. Thankfully.

How the Democrats fared:

Bernie won two out of three tonight. He crushed Clinton in Idaho, winning 78% of their votes.

In Utah, Bernie was hovering around 74% (or he was around the time I wrote this):

Clinton won Arizona, but not by near as stunning a margin:

Bernie is still down in the delegate tally, but he’s not out, at least not yet. If all else fails, there’s always magic.

Keep in mind, Bernie needs to exceed his delegate targets by ~8% to catch up. Tonight he’s just under his target: https://t.co/M6P8Iitdeb

Kasich, you won your own state. You’re not going to win any others. Please go gracefully, now.

I just saw another poll where, in the general election, Hillary beats Trump by 10, Cruz by 1, and loses to Katich by 5. I suspect he may stay in.

Or put another way..it’s the bottom of the 9th with 2 outs for Cruz and he’s down by a bunch. It’s going to be Trump or go to a contested convention with Kasich, Bush or Romney.

The GOP is just using Cruz to peel away Trump votes and get to one of those 3. Cruz is not going to be the nominee.

That is the reason why Bush waited until today to endorse Cruz. The GOP had to keep Kasich in to bleed Cruz votes. Now that Cruz cannot win, Bush needs Cruz to prevent Trump from getting to 1273 bound delegates in order for him to have a chance at getting his name placed in nomination at a contested convention. Of course Kasich is hoping that too. Then there is Romney. Cruz is clearly being used and abused. No way will anyone nominate him.

Pure cynicism! ¡Jeb! is certainly sincere in his desire to see the will of his party’s majority carried out. No shenanigans or smoke filled room deals here. He’s offered his own brother to seal the deal for ¡Cruz!. Why else would an honest person give their endorsement? ¡Jeb! must believe that ¡Cruz! best represents ¡Jeb’s! own vision for the future of our country.

I predicted that Missouri showed ¡Cruz! was willing to deal. I just didn’t know which way he’d jump. Now we know he was expecting an endorsement from his fellow Floridian. Congratulations to both men on their new alliance.

I think you give the party operatives too much credit. After all, this is the gang who couldn’t shoot straight since 2008, including the elected class who can’t even play politics well as the MAJORITY in both houses.

The strategy is probably more chaotic – do things that give you more options but without direct intent. So, having some support Cruz and others threaten third party runs, etc., might just be random things done in an effort to keep Trump from getting the full 1,237 for now. It may not be organized much beyond that, especially regarding the convention. The party is just flailing right now to figure out how to get the lower delegate count.

Then why did Bush wait until today to endorse Cruz? He already sent over his fundraising apparatus 2 weeks ago to Cruz (who needs the money). Once Cruz lost Arizona then his candidacy is effectively over.

BTW I expect Scott Walker to endorse Cruz next week. Cruz will be full blown establishment by that time – strictly there to limit bound delegate count. Now the question remains, will Cruz play along? Once he knows it is mathematically over will he quit or fight to the last primary hoping he gets nominated at the convention?

I predicted one of two scenarios after Missouri for Cruz. He chooses to ally himself with the donor/amnesty/illegal immigrant/rapefugee wing of the party. GOPe all the way.

I don’t see why all the hostility from the principled conservatives when this high dollar, high profile endorsement occurred this is ¡Jeb! we’re talking about. Son and brother to Republican presidents. Why are they not excited about this? Why no article from any LE author? ¡Jeb! was the choice of the GOPe. It should be a uniting moment for them.

I’m encouraged by the report that a group of Cruz and a separate group of Trump delegates are meeting outside their respective campaigns in order to kibosh any convention shenanigans.

Regarding “While You Were Sleeping”, a musical interlude on the theme of “When You Wake Up”.
https://www.youtube.com/watch?v=jWJIZGNYO7U

That IS great news. Smack down GOPe manipulation at a delegate level. Just say Hail NO!

Well Cruz just got an assist from ¡Jeb! Remember ¡Jeb! who was running for president of Mexico del Norte? Now he thinks ¡Cruz! can do the job he couldn’t. It’s an act of love sure to seal the deal for ¡Cruz! Let’s wish them both well as El Presidente and his loyal minion. We don’t know who will game the top spot (if either) but both will ably move our country in the same direction. Congratulations to both men and their new (maybe what with the Bush money men including ¡Neil! on the job for the last few weeks) alliance. Viva Mexico del Norte!

Rush is taking you idiots apart for your stupid about Cruz being supported now by Jeb! and others.

You really are too stupid to live, besides being total hypocrites.

Now I know you’re not talking to me because you are being discourteous and calling someone a hypocrite. More than one person since you used the plural. Why run away from your candidate’s endorsement? Why the hate and anger? It’s bad for your disposition and eventually might lead to Milhouse syndrome.

Please celebrate with all good GOP elites and donor class this union. Or you could urge your candidate to disavow ¡Jeb!, anything else suggests cognitive dissonance.

You poor idiot. You self-identify in your stupid comment!

Why all the vitriol and anger? Why the discourtesy? I am surprised a lawyer finds it difficult to express himself without resorting to name calling and wishing ill on others.

You have to be happy about this announcement. Of course you are! Whatever you do, do not urge your candidate to disavow this endorsement. Imagine how much cigarette smoke and horse trading it took to get here. All the deals made and the money that exchanged hands cannot be for nothing. You don’t want either man to break whatever promises were made do you?

Rejoice! Celebrate your candidate has been endorsed by the son and brother of Republican presidents! He has another brother working on his finance team. That is hand and glove type unity right there! Don’t run away from it!

Be happy, you know which side you’re on now.

As many mothers would say, “Where are your manners?”
Maybe if you tone it down, we would listen more.

Best laugh of the day! Such an “outsider. That all the losing insiders of the past two cycles who despised him are now endorsing him.