What a difference 10 years makes 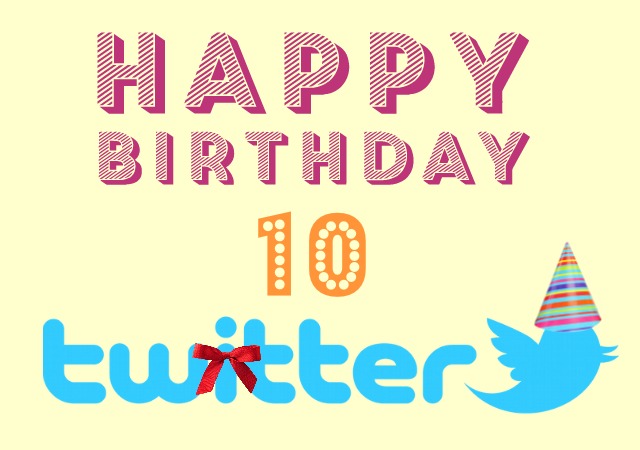 just setting up my twttr

On March 21, ten years ago, it began with a single Tweet. Since then, every moment of every day, people connect about the things they care about most — all over the world.

As we mark this milestone, it’s you we want to celebrate. As March 21 begins around the world, each of our global offices will kick off the day by showing our appreciation and gratitude — starting in Sydney and following the sun to headquarters in San Francisco. We are excited to celebrate with all of you.

Throughout the years, you’ve made Twitter what it is today and you’re shaping what it will be in the future. Thank you for making history, driving change, lifting each other up and laughing together every day.

Twitter has certainly played a huge roll in my life. It’s quite literally the reason I’m blogging.

I stumbled upon Twitter trying to find a local food truck, began following conservative media accounts, quickly realized I was getting news well before it made it to the news and had access to people I never would’ve had access before. About three months later, I was asked to blog for a site, and thus Providence revealed the new path for my life.

Though the site is floundering thanks to it’s adoration of progressivism, but Twitter was (and is) a powerful tool for amplifying messages.

Not for the better, however.

Its a great vehicle, shame it took a sharp left turn. But still a place to engage and amplify your message.

Even if its becoming a tool of manipulation and censorship (on both the right and left – see the story of #NeverHillary) for the would-be powers-that-pretend-to-be.

Should have been smothered in the cradle. Daily dumbing down our discourse. Run by a bunch of totalitarian leftists. Censors speech they don’t approve of.