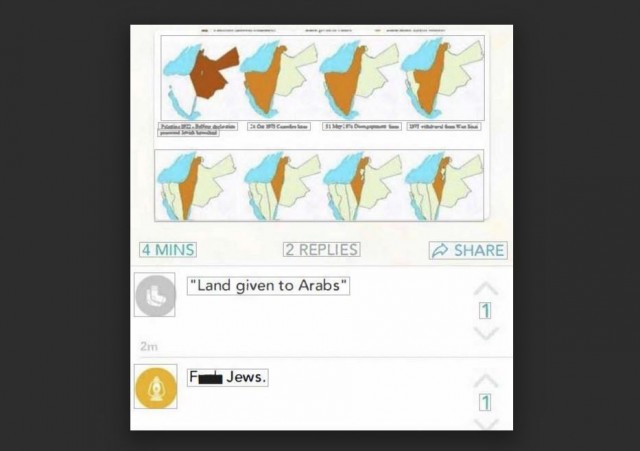 At one level, you could put this post in the “tell me something I don’t already know” category.

For several years I have been documenting anti-Israel activity on campus, typically part of the Boycott, Divestment and Sanctions (BDS) movement and carried out by groups like Students for Justice in Palestine (SJP).

At the same time, I’ve pointed out many instances where such anti-Israel activity crossed-over into overt anti-Semitism, including at places like Oberlin and Vassar. (And that’s putting aside whether the radical extremist anti-Israelism itself is anti-Semitic.)

So the correlation between anti-Israelism and anti-Semitism seems obvious. When the only Jewish-majority nation in the world is demonized and dehumanized based on factual falsehoods and distortions under standards applied to no one else, it is no surprise that the hate manifests itself in hatred not just of Israel, but of Jews. 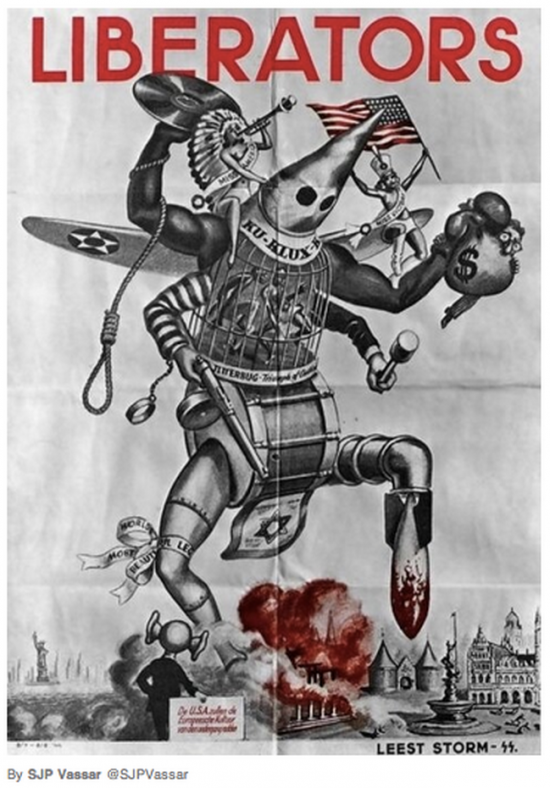 The relatively new concept of intersectionality has made things even worse, as Israel and Israel alone is held up as the link between evils committed by others in distant locations. The international Jew is held up as a unique cause of evil in the world.

At another level, it’s helpful to have statistics and analysis taking the dozens and dozens of incidents and putting them in an analytical context.

And that’s what just happened with the release of a new study by the AMCHA Initiative, a human rights organization foundation in California to fight campus anti-Semitism. AMCHA is run by co-founder Tammi Rossman-Benjamin, a lecturer at the University of California, Santa Cruz.

The study is titled: Antisemitic Activity in 2015 at U.S. Colleges and Universities With the Largest Jewish Undergraduate Populations Report. The Executive Summary and Full Report are available at the links.

Since I almost failed high school math, I’m happy to quote *liberally* from the summary at the AMCHA website. First, the overview and conclusion (emphasis added):

Unlike previous studies, which assessed levels of campus antisemitism by measuring student attitudes and subjective reports, the current study assessed antisemitic activity by focusing on verifiable incidents compiled from media accounts and eyewitness reports. The report serves as the first empirical study of its kind providing objective confirmation of student reports of widespread antisemitism, as well as evidence that the primary agents of antisemitic activity are anti-Zionist students and faculty boycotters and that Boycott, Divestment and Sanctions (BDS) is the strongest predictor of anti-Jewish hostility on campus.

The report includes many charts, including this one: 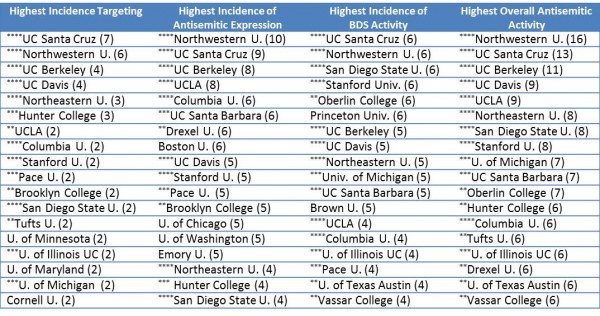 Here are some specific topline findings:

So, like I said, tell me something I didn’t already know.

There has never been any doubt in my mind that anti-Israelism was the same as anti-Semitism. It’s just been a word disguise for hatred toward Jewish people.

It is disappointing to see how the University of California system dominates this list.

The Governor and the State’s Attorney General both need this information. Discrimination against students for trivial reasons (race, creed, color and sex qualify as trivial) by faculty at a State university is not to be tolerated in this country.

This has been going on for a VERY long time. I don’t think they care.

During the 1980’s, I was a Monterey County young Republican. Several members of our group went to the University of California at Santa Cruz. Even then it was quite hostile conservatives and Republicans. Our members who went there felt persecuted for even having a moderate Republican outlook on politics.

I have to believe that one of the reasons that anti-semitism is allowed to flourish is because of the suppression of conservatives and their ideas.

It would be interesting to see a study of the freedom of conservatives to be conservatives on various campuses vs the degree of anti-semitism on the campus too.

I bet you there’s a correlation.

Reading Joy Karega’s comment (try denerating a similar kind of satire attacking Zionism) – it’s rather ironic, because as far as I could tell, the Charlie Cartoon WAS anti-Semitic, as well as anti-Moslem.

Evyone notice how in the cartoons(*), the evil “Zionist” tends to look like a non-Zionist (or even anti-Zionist) Jew? But they are not targeting Jews, right? Just “Zionists”?

(*) Not to mention the victims of the actual murders, quite often.

Sorry – typing too fast and no re-edit.