As mentioned the other day with regard to a surge in “Move to Canada” Google Searches, there will be a collective freak out in certain places if Trump wins.

The freak out has already started. The Washington Post reports Psychologists and massage therapists are reporting ‘Trump anxiety’ among clients

If there is an unofficial capital of psychotherapy, it’s New York’s Upper West Side, where it’s easier to find a therapist than a parking space.

Judith Schweiger Levy, a psychologist in the neighborhood, has noticed a recent uptick in Trump references among her patients, including a middle-aged businesswoman who blurted out this week that her sister is supporting the billionaire.

“She was so upset and worried that she could have a sister — someone so close to her — who would have zero problem with Trump,” Levy said. “Another patient — also a woman — all she could talk about was Trump and how he’s crazy and frightening.”

Ruminating on Trump’s effect, Levy said, “Part of the reason he makes people so anxious is that he has no anxiety himself. It’s frightening. I’m starting to feel anxious just talking about him.”

They’re afraid of this? 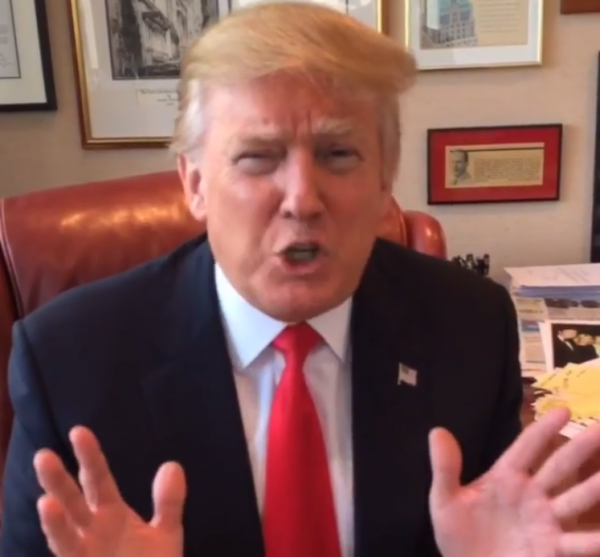 I feel another Stephen King book coming on : “Carpetbagger U”.

This was funny! Thanks Prof.

“Ruminating on Trump’s effect, Levy said, “Part of the reason he makes people so anxious is that he has no anxiety himself. It’s frightening. I’m starting to feel anxious just talking about him.”

I have to say… It is one of the most entertaining aspects of 2016 so far.

Romney is the newest bestest cherry on top.

He’s a full-blown psycho. He traces his hand in gold sharpie and mails it to a magazine editor daily.

Oh, c’mon, liberals! You worship Hillary, Queen of the Heebie-jeebies. Trump is a walk along a soothing mountain stream, compared to her.

Move to Canada…but still have to file 1040 for the US. Win for the U.S., loss for those quitters.

Oooohhh! PSYCHOLOGY! The laughing stock of the scientific community.

More specifically, psychotherapy is the laughable pseudoscience founded on the mysticism and cult of Freud.

The irony is that the same people terrified by a Trump presidency had no qualms about Obama’s unearned and unqualified rise to the presidency.

I was just reading something from some Republican pundit claiming that Donald Trump was unqualified to be President.

Amazing. After the Democrats run, and America elects and re-elects Barack Obama, Trump is unqualified? Of course, that guy probably thought Harried Miers was unqualified as a Supreme Court justice (based on the name of her law school, which apparently forever disqualified her, despite resounding success in her career).

Miers and Trump have something in common: real-world experience, and success in the real world, in the environment created by the Supreme Court and our Congressional leaders. That experience is relevant and valuable.

The Donald may not be to some Republican pundits’ taste, and he is certainly the only RINO in the race, but arguing that he is unqualified just makes the writer look stupid.

The irony is that the same people angered by the Obama presidency have no qualms about Trump’s potential unearned and unqualified rise to the presidency.

Trump is a natural-born citizen; Obama, at best, is a naturalized citizen. Trump has extensive executive experience; Obama had none.

Whatever he is, the one thing Obama is not is a naturalized citizen.

If he was born in Hawaii, as he claims, he’s a natural born citizen.

If he was born in Kenya, as some suspect, he’s not a citizen at all – as he never completed the requirements under the laws, in effect at his birth, to obtain citizenship.

If not otherwise, I’d vote for trump just to send these babies into complete shock.

This is an advertising gimmick, and the Washington Post bit, because they hate all things Republican. It’s a tad undignified, on the part of the alleged therapists and the WaPo.

About bad science, from one of their own.

Relativism and PC Defined . . . and Deconstructed : This ain’t Hell, but you can see it from here
http://thisainthell.us/blog/?p=64631

WHO was the one running around last night with his hair on fire SCREAMING “sedition” over the idea of two POTUS candidates linking up…???

Sabotaging the party’s two leading candidates, Trump and Cruz, in the face of the threat of a liberal capture of both the Presidency and SCOTUS is subversion, troublemaking, and provocation, all of which are included in the definition of sedition. This tactic is designed to frustrate the orderly process of the party’s selection of a conservative candidate (Cruz, Trump) and as such undermines the country, exposing it to risk of a takeover by the extreme left.

I have pointed out several times that Ted Cruz is a LOT smarter than you are. Which is why he has categorically rejected these schemes to rig the selection process. He realizes that an alliance with Rubio would devastate his personal conservative cred. Best you could do was to plead Agnostic on a manipulation that would destroy Cruz last night, resorting to attacking me over the narrow vs broad definition of a word.

Have a better day.

I sure didn’t see YOUR unique use of “sedition” anywhere there, but you DO lie.

I also called you down for your CRAZY…

“They are openly trying to overturn the expressed will of the people and replace it with contrived tickets and jimmied technical gimmickry to deadlock the Convention and steal the ticket.”

…because if the two men joined in a unity ticket, it COULD have none of those effects.

You were just gonzo. You should simply eat it, move on, and try being honest.

As to Cruz being smarter than me, I would never argue that point.

Your own link proves you wrong, all my words are right there in the first entry. Of course you have to be smart enough to click on the [more] button to get the full definition. Which you clearly are not, lol.

None of which apply to the prospect of two candidates for POTUS uniting to form a unity ticket.

Yep, all three of my synonyms are listed; nothing wrong with my usage other than your limited ability to grasp concepts. Didn’t you claim to be a lawyer once? rofl

The poor snowflakes are melting.

Isn’t an increase in mental health awareness and seeking help a good thing?

I believe the technical term for this is called splodey heads. It is one step beyond stompey feet.

Massage therapists? The ones without the happy ending?

Part of the same phenomenon, no doubt: Numerous precious little snowflakes are posting FB statuses urging others to “unfriend” them should they be so uncouth as to vote for Trump. Regardless of an individual’s opinion on Trump, I think it says volumes about someone when that person can’t even countenance the thought of anyone they know supporting someone they oppose. Honestly, what are they so afraid of?

Come to think of it, I suppose it’s the real-life version of “safe speech zones” on college campuses. Fragile minds can’t handle anything outside their illiberal, leftist bubble. I don’t see conservatives telling others to unfriend them if they’re going to vote for Hillary or bernie, no matter how obnoxious their “Feel the bern” postings may be ~