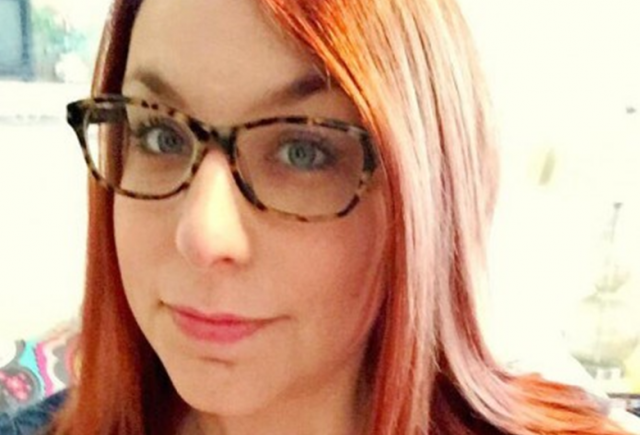 Legal Insurrection’s Kemberlee Kaye was our special guest for Canto Talk last night, in which we discussed the “terrifying” and “thrilling” developments during the current presidential primary process.

We start the show by noting that I was one of the first to assert that the Sanders-Clinton contest was a lot more competitive than the press is reporting. At the time of this post, Sanders was slightly ahead with the votes numbers quite close. No matter the final result, this was not the coronation Hillary was looking for.

Kemberlee shares her punditry history, which began with a quest for pocket pies and continued with work with The Right Scoop, FreedomWorks, James O’Keefe, and Senator John Cornyn. She offers her thoughts and perspective on the potential the potential “contested” or “brokered” convention.

“I think we are going to have a contested convention. I don’t necessarily think that’s a bad thing. We have gotten use to it being a seamless process…Conventional wisdom suggests we should be lining up behind one candidate and consolidating. And that’s to give us a fundraising advantage…and to strategically begin fighting for the general election before the primaries are over.”

However, as the road to 1237 for Donald Trump or Ted Cruz and Sanders and Sanders is putting up more of a fight than anticipated, my California friends and I are looking forward to casting primary votes that may make a difference (not often the case for the Golden State).

We touch upon the robust debate between Team Trump and Team Cruz supporters, as well as the thoughtful and insightful comments we are (usually) blessed to read. (No, we do not name names.)

None of the “podcast” posts here every get many (if any) comments. Look up the AACON ones if you don’t believe me.

There’s really no immediate reaction to be had — you can’t comment on the substance of the podcast till you’ve listened to it, and I doubt that I’m the only one who saves hour-long podcasts to listen to later, while driving in the car or walking the dogs or ironing or whatever. That’s what I do with all the AACON podcasts, and what I’ll do this this one as well. But then, by the time I’ve listened to them, the original post is buried under a day or two of newer posts, and it doesn’t seem worth it to dig back and find it to leave a comment.

I notice that you’ve never left a snarky “pity comment” on any of Professor Jacobson’s AACON podcasts — apparently you reserve that honor for the ladies. Which is kind of a jerk move, TBH.

The professor is not a vacuous Rubio shill

PS: Playing the gender card is inaccurate and a cheap shot. I’m sure KK can defend herself without it as can you. She’s hardly the delicate flower or the first poster here I’ve taken a shot at. Or taken fire from.

Kemberlee is neither vacuous nor a shill, DaMav. We write what we believe here at LI, so you can take that to the bank. 🙂

I love Kemberlee’s commentary here on LI (Yours too, Leslie!). Kemberlee has a great sense of humor which shows through even on serious topics. So Kermberlee pronounces her name “Kimberly”? Who knew? If you’ve ever read Richard Feynman, he proposed that there are two types of people – visual and aural. To determine which you are, count to 100 in your mind. If you visualize the hand of a stopwatch going around, then you’re visual; If you hear numbers counting up, then you’re aural. The only reason I mention this is that I’m aural. When I see “Kemberlee”, I pronounce it in my head as Kem-ber-lee. I hope she realizes that this new information may have caused me serious brain damage…

I love this interview; both of you make me proud (even more proud!) to work alongside you.