Change, if enacted, will make it easier for both good faith defenders and criminals to qualify for immunity 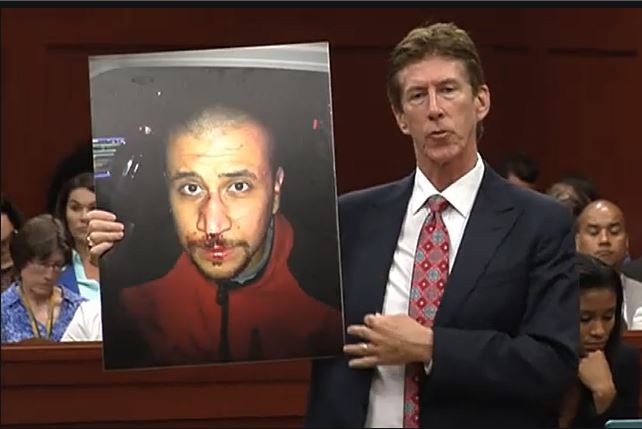 Yesterday, on the 4th anniversary of the self-defense shooting of Trayvon Martin, we wrote about Florida’s just enacted changes to its “10-20-Life” mandatory minimum sentencing law in the context of aggravated assault and self-defense.

There is also another substantive change to the state’s self-defense law that is advancing through the Florida legislature:  a reduction in the threshold for obtaining criminal and civil self-defense immunity.

More specifically, the Florida senate has approved a change to the state’s self-defense immunity law that would require state prosecutors to disprove self-defense by clear and convincing evidence in order to deny a defendant immunity from prosecution (and civil suit).

Although this change to self-defense immunity is not yet law, it has been modified from a less tenable version such that its prospects for becoming law are much improved.  Let’s take a look at the specifics of this proposed change.

Perhaps for these reasons that effort failed, as we covered here at Legal Insurrection: Florida Effort to Change Burden on Self-Defense Immunity Fails. The follow-up to that failure has apparently been for the Florida legislature to again attempt to lower the threshold for obtaining self-defense immunity, but by a lesser degree.  Instead of requiring prosecutors to disprove self-defense by the very high standard of proof beyond a reasonable doubt, they would not have to disprove self-defense by the reduced standard of clear and convincing evidence.

It is perhaps worth describing these different standards of evidence in more detail.

A reasonable doubt is not a mere possible doubt, a speculative, imaginary or forced doubt. Such a doubt must not influence you to return a verdict of not guilty if you have an abiding conviction of guilt. On the other hand, if, after carefully considering, comparing and weighing all the evidence, there is not an abiding conviction of guilt, or, if, having a conviction, it is one which is not stable but one which wavers and vacillates, then the charge is not proved beyond every reasonable doubt and you must find the defendant not guilty because the doubt is reasonable.

A reasonable doubt as to the guilt of the defendant may arise from the evidence, conflict in the evidence, or the lack of evidence.

“Clear and convincing evidence” falls somewhere in between the two just-described standards of evidence; it is greater evidence than a mere preponderance, but not as great as required for proof beyond a reasonable doubt.  Florida’s aptly named civil jury instruction 405.4 Clear and Convincing Evidence provides the following definition:

The effect of this change is that it will be easier for defendant’s to successfully argue that they qualify for criminal and civil self-defense immunity under Florida law than is the case under the current “by a preponderance of the evidence standard.”  Currently, prosecutors needed to convince a judge by a preponderance of the evidence that a defendant had not acted in lawful self-defense in order to deny that defendant immunity.  Should this change be adopted into law, prosecutors would need to convince a judge of the same to the higher standard of “clear and convincing evidence” (but not to the still higher standard of “beyond a reasonable doubt”).

It will also, of course, also include many criminal actors who are simply seeking to escape appropriate legal sanction through the protection afforded by the state’s self-defense immunity law.  Where the appropriate balance lies there, I leave to the judgment of the Florida legislature and the body politic that elects them.

Law of Self Defense, Trayvon Martin

Yeah, I think that still puts too great on onus on the prosecutors very early in the process.

They need to have time to develop a case before having to fact that kind of standard, which is much more rigorous than you’ll find in most civil cases.

Ragspierre, this is one of the few times I strongly disagree with you.

Unless and until an effective mechanism exists to remove unscrupulous and/or incompetent prosecutors and judges, I would prefer the burden be on the state – even if it means the guilty go free.

As long as there exist the likes of Debra Nelson, Angela Corey, and Marilyn Mosby, I’d prefer to inhibit their potential to do harm.

Your are wrong on several counts, IMNHO.

1. There is (are) a mechanism (mechanisms) for removing people in the criminal legal system who abuse their power. Mostly, they’re called “elections”. But there are others.

2. When the people see too many criminals walk, they demand a reaction. This often gets you a) draconian laws, and/or b) the kind of people you complain of.

3. There is a happy medium, and this Florida Senate proposal ain’t it.

Florida has a vigorous speedy trial law. Police often delay an arrest until the prosecutor is absolutely certain a good case has developed —- even in murder cases.

Secondly, in a safe defense case, a person is immune from arrest if they acted in self-defense. Police or Sheriff’s will usually not even make an arrest until they are reasonably convinced the act was not self-defense.

Yes, but you and I both know that what I know and what I can shape into admissible evidence for a hearing are two different things, and the process for the latter takes time and resources.

All I’m saying is the obvious…time vs. burden is a balancing act.

And I think all of us would agree that we don’t want a murderer walking free for any longer than is absolutely necessary.

Generally speaking, the great majority of those that are trying to claim self defense immunity are not going to be a huge threat to the public if they are allowed to roam free while an investigation happens.

Countless thugs claim “self-defense” when in the midst perpetrating a forcible felony they injure someone who tried to resist. In fact many of these felon freely tell their stories to police without a lawyer present. They are stunned when defense counsel gives them the bad news.

I wonder how you found the numbers supporting those assertions, given this law is PROSPECTIVE, and has not been passed?

“And I think all of us would agree that we don’t want a murderer walking free for any longer than is absolutely necessary.”

Let me cite just one case as an example of what sometimes happens in this part of Florida. It is not meant as a criticism of anything you said.

A gang of thugs murdered a bartender during an armed robbery. Police quickly identified the culprits and felt they had probable cause for an arrest.

At the insistence of prosecutors, the police deferred making the arrests until additional forensic evidence could be developed and processed. Prosecutors wanted more than probable cause, they wanted to be sure they could prove the case beyond a reasonable doubt.

The police were left to shadow these thugs. Fortunately, while being followed, this group of miscreants committed a second degree felony in front of the undercover officers. Only then were they arrested.

Yep. And you and I would agree that the people in the criminal law process did their jobs, and did them according to Hoyle.

The victim in the second crime may have a different opinion, however.

Therein lies the rub. All any of us can do is our best, given the constraints of the law (and we’re damned lucky when people DO their best!). But at the end of every day, it’s a very imperfect system. Just the best that’s ever been devised. And, obviously, the Florida legislature is working on making it better. The question is, will this adjustment be “better”?

Won’t most criminals be found in those circumstances also committing or being present while a crime is committed?

And won’t that render their claim of self defenses moot due to the laws that require the legal use of a weapon to not be during the commission of a crime?

And that’s seems to be a fairly easy to prove identifier.

Okay. It would’ve been nice if you explained just a bit why that’s the case.

Is it that the criminal acts aren’t allowed as evidence or would be ignored anyway?

For one thing, merely “being present” when a crime is being committed has nothing to do with whether one can seek self-defense immunity.

Engaging in a criminal act can impact a claim for immunity, but the criminal act has to be independent of the use of force that is being claimed as an act of self-defense. So if I assault you, and then seek to justify that assault as self-defense, the underlying assault does not qualify as a “criminal act” for disqualifying me from self-defense. If it did so, we’d have a circular argument, wouldn’t we? (Indeed, prosecutors in Florida tried this argument, and it was rejected by the appellate courts.)

For another, whether an independent criminal act was taking place requires some adjudication, either pre-trial or at trial, which in turn requires resources from the prosecutors office. If every defendant charged with a crime of violence has a lowered threshold for possibly obtaining immunity then we should expect that many more will try for it (you get what you subsidize), and there will be many cases in which the prosecutor’s office decides its better to let it go in a particular instance then devote the resources to fighting the immunity claim.

There are numerous other scenarios in which your assumption simply would not apply as a practical matter.

I thought they were afraid of emboldening more George Zimmermans. Oh, that’s right, they want to help out more Marissa Alexanders.

As I understand it, if the prosecution meets its burden at the preliminary hearing, it will nevertheless be required to disprove self defense at trial by convincing the jury (or judge, if jury is waived – and who will waive if another judge has already ruled the prosecution met the first hurdle?) by a preponderance of the evidence that at least one element of self-defense did not exist. It appears the defendant will have two shots (no pun intended) at making the prosecution disprove self defense at a high level.