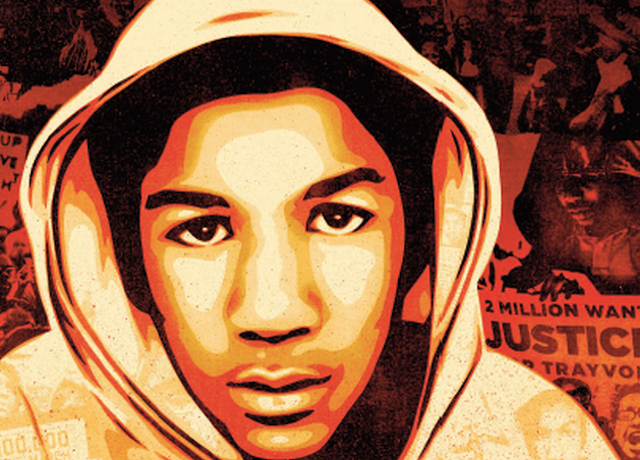 Today marks the fourth anniversary of the fateful day on which Trayvon Martin made the imprudent and quickly fatal decision to viciously beat (as testified to by eye witnesses) an armed George Zimmerman.

Presumably coincidentally timed with anniversary, Florida has made or is making a couple of substantive changes in its laws covering some key facets of self-defense.

The first change actually made this week is that Florida has removed the crime of aggravated assault from among the gun crimes that fall subject to the state’s infamous “10-20-Life” mandatory minimum sentencing requirement. We’ll cover that change in this post. (We’ve previously written on proposals for this change, here: Changes Proposed to Florida’s Infamous “10-20-Life” Sentencing Law.)

The second change has not yet taken effect, but is advancing through the legislature.  That is the Florida senate approval of a change to the state’s self-defense immunity law that would require state prosecutors to disprove self-defense by clear and convincing evidence in order to deny a defendant immunity from prosecution (and civil suit).  We’ll cover that prospective change in a subsequent post.

The phrase “10-20-Life” has long been the easier to enunciate shorthand label for Florida statute §775.087 Possession or use of weapon; aggravated battery; felony reclassification; minimum sentence.  That statute applies certain mandatory minimum sentences for various types of gun use in conjunction with certain enumerated violent and/or drug crimes.

“20”: Discharge of a firearm in conjunction with one of the enumerated crimes mandates a minimum sentence of 20 years upon conviction of the charged felony.  This applies even where no one is injured as a result of the firearm being discharged. (There is no “carve out” for any of the enumerated crimes in this instance, and discharge of a firearm in conjunction with aggravated assault carries the 20-year mandatory minimum.)

“Life”: Causing death or grave bodily harm to a person as a result of the discharge of a firearm in conjunction of one of the enumerated crimes mandates a minimum sentence of 25 years to life upon conviction of the charged felony.

Perhaps the case that most powerfully brought “10-20-Life” to the nation’s consciousness was that of Marissa Alexander.  Alexander, in a fit of rage, fired a bullet past the head of her estranged husband as he stood across a room beside his two small children.  Charged with three counts of aggravated assault with a deadly weapon, Alexander was generously offered a three-year plea deal.  Perhaps motivated by the fact that she had only just given birth, Alexander declined the plea deal and chose to go to trial.

Although the media would characterize the shot fired by Alexander as mere “warning shot,” that was “fired into the ceiling,” photos from the scene show the hole where the bullet penetrated the wall behind her husband and his children. (The bullet would embed itself in the ceiling of the next room, after passing through the kitchen wall.)  The children would testify at trial that they thought they were going to die.

Alexander was convicted of all three counts, and as a result fell under the “20” provision of “10-20-Life,” resulting in a cumulative mandatory minimum sentence of 60 years.

That first trial’s verdict would be properly overturned for reasons having to do with an imperfect self-defense instruction, and Alexander was remanded for re-trial.  There was little doubt, however, that Alexander would be convicted even with a proper self-defense instruction.  When she was once again offered a three year plea deal, this time with most of the three years having already been served, Alexander wisely accepted.

There were also numerous other cases in which Florida residents wielded or fired guns in purported self-defense, and suddenly found themselves facing the prospect of decades of a mandatory minimum sentence. Strictly speaking, of course, all of these people could have chosen to argue self-defense at trial, as Alexander had, and if successful would have faced no sentence at all.  “10-20-Life,” however, greatly increased the consequences of losing that self-defense argument at trial.

This past Wednesday, however, Florida governor Rick Scott signed into law SB 228, with the effect that aggravated assault was removed as one of the enumerated felonies of “10-20-Life,” reports by the website “Florida Politics” and other sources. Moving forward, persons charged with aggravated assault in Florida need fear only the normal (and still substantial) sentence for that offense if they are convicted (and may benefit from the trial judge’s discretion in sentencing), and not the mandatory minimum sentencing of “10-20-Life.”

So – next time you hear of mass releases from prison of ‘only non-violent criminals’ you can rest assured that is just not true.

Criminals — and innocent people — often plead down from initial charges that are ridiculously overblown, precisely for this purpose: to blackmail the defendant into a plea. If someone has been convicted of something, we have no grounds for assuming they’ve done something worse; we should hope they’ve done at least that, and we should be aware that often they didn’t.

Prosecutor: Assault on a police officer – felony. We offer plea to misdemeanor.

Defendants’ lawyer: No thanks.

Defendants’ lawyer: No thanks.

Prosecutor: We offer to drop all charges.

See, it’s like an elevator – you can get off on any floor. Considering the fact that the defendants had done no conceivable wrong, I think their lawyer should have held out for a better offer.

England enacted a series of laws known as the Bloody Code, which called for the death penalty in over 200 crimes, some quite trifling.

This TREND (which started decades before the zenith of this “code”) resulted in the origination and expansion of “jury nullification” in England, as jurors would lessen a charge or even exonerate an accused to avoid the often awful punishments proscribed.

We still live with the same effects, and this may be a good reason to change the law as the Florida legislature has done. It may lead to more rational jury findings, in fact.

“Pleading down” that whole process is indicative of a bigger problem. Too many overlapping criminal laws. I sat own a rape jury where the defendant was charged with approximately 14 different crimes. He and a woman were at a bar at closing time, she invited him into her home. She worse very short cut-offs, she claimed she only wanted to show him photos of her dogs. It was during the hot weather of summer. The defendant took to the stand, and displayed in his testimony a clear criminal schizophrenia. That was confirmed by a post-jury duty search of his records. His lawyer, the public defender did not plead insanity, we the jury went with the obvious. I refused to go with guilty only one of the lesser charges against him. Even in that I was mocked by the rest of the jurors. In hindsight I would have found him guilty only of one. That was all that was needed to hold himont of harms way. But the plethora of overlapping charges made JUSTICE a mockery.

This is a reasaonable reform. Better still would have been to do away with the whole law. But the other proposal is wrong and dangerous. If there is a prima facie case that you have committed a crime, then the state deserves a chance to try to convince a jury of your guilt beyond reasonable doubt. If you want to avoid the trial then the onus is on you to show, by clear and convincing evidence, that the case against you is not what it appears to be. Making the state prove guilt twice, first by clear and convincing evidence and then again beyond reasonable doubt, is unfair and goes against our entire legal history. A prima facie case, yes; the state has always been required to show that, and that should continue, but nothing beyond that.

Such a matter is entirely at the discretion of the legislature. While interlobular appeals are discouraged in most States, even the Courts have recognized that sometimes subjecting an innocent person to trial is burdensome. This from ex-Parte Perry in Texas

We must recognize that the mere issuance of an indictment has a profound impact on the accused, whether he be in public life or not. Particularly for a member of Congress, however, publicity will be widespread and devastating. Should an election intervene before a trial at which he is found innocent, the damage will have been done, and in all likelihood the seat lost. Even if the matter is resolved before an election, the stigma lingers and may well spell the end to a political career. Far from being hyperbolic, this evaluation of an indictment’s effect is coldly realistic. It cannot be doubted, therefore, that the mere threat of an indictment is enough to intimidate the average congressman and jeopardize his independence

What this does is to fly in the face of the reason for the minimum mandatory sentence statute in the first place, unrealistically lenient sentences for criminals using firearms to commit violent criminal acts. We will have to see how the judiciary responds. Do they go back to their old habits of giving everyone a break, whether they deserve it or not, or if they continue handing down reasonably strict sentences for violent crimes without the mandatory minimum sentence?

I hope Mr Branca on June 8 2016 you will have a reflection of the Detective Joseph Walker case.

“Trayvon Martin made the imprudent and quickly fatal decision to viciously beat (as testified to by eye witnesses) an armed George Zimmerman.”

Odds are (based on the number of Florida resident issued Concealed Carry of Weapons Permits compared to the total number of adults in Florida) that Martin incorrectly assumed that Zimmerman was unarmed. Unluckily for Martin and luckily for Zimmerman, Zimmerman was lawfully armed, able to use his pistol in self-defense and was not required to take any more of the vicious beating than he already did when he squeezed the trigger. Unlike Alexander, Zimmerman did not miss, whether that was intentional or otherwise. Zimmerman feared for his life, while Alexander’s husband and two stepchildren feared for their lives.