Never underestimate what a bored teenager is capable of 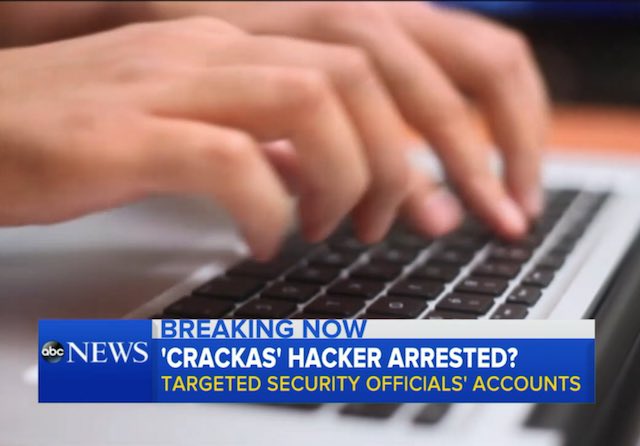 With the help of the FBI, British officials arrested a teen they believe may have ties to a series of hacks targeting the U.S. government and high level officials.

The 16-year-old was arrested in the East Midlands, U.K. on Tuesday and has been accused of having connections to the hack of CIA Director John Brennan’s personal email account in October of last year, along others. The identity of the teen has not been released, but he is believed to be the pro-Palestinian hacker known as “Cracka” that leads the hacktivist group known as “Crackas With Attitude,” or CWA.

The teen spoke with Motherboard on Wednesday, the day after his arrest:

“I got fucking v&,” he told Motherboard, using “v&,” the slang for “vanned,” or getting arrested. (At this point, the arrest had not been made public.) “They’re trying to ruin my life.”

According to the teen, officials have accused him of being behind the attacks on John Brennan’s email account and other White House officials, as well as this week’s attack on the Department of Justice and FBI perpetrated by hackers behind the @DotGovs Twitter handle. This recent data release may have exposed as many as 1,797 special agents.

“The alleged hacker, who declined to reveal his real name, said he refused to answer any questions from the police, and was subsequently released on bail after spending 7 hours in a cell. He also denied being Cracka, saying ‘I’m not who you think I am 😉 😉 ;)’

‘I’m innocent until proven guilty so I have nothing to be worried about,’ he said, adding that the authorities seized this electronic devices, but he could still use the internet from a relative’s device.”

Both Cracka and the @DotGovs hackers appear to share similar anti-Israel motives, have similar followers, and use the #FreePalestine hashtag. Before being suspended by Twitter, @DotGovs posted a tweet to the effect of, “Does anyone have a good lawyer?”

Despite recent arrests, the hactivists responsible do not appear to have eased up on their trolling of government officials in retaliation. Cracka claimed this week that CWA obtained the cellphone number of FBI Deputy Director Mark Giuliano. “I called it and asked for mark and he’s like ‘I don’t know you but you better watch your back,'” Cracka said.

This week’s arrest indicates that American and British authorities are quick to react to new leaks and are taking the issue seriously. Because most if not all the hackers in the CWA network claim to be teens, extraditing anyone to the U.S. may become complicated unless British authorities chose press charges themselves.

Meanwhile, the U.S. government is working to scrub the data made public by this week’s attacks. Now that the cat is out of the bag, this task may prove quite difficult.

Before publishing any of the leaks from @dotgovs on pastebin, make sure you're using a VPN or public wifi. @pastebin is known for snitching.

The CIA knows his location. I recommend a drone strike.