The usual suspects and a few surprises, too 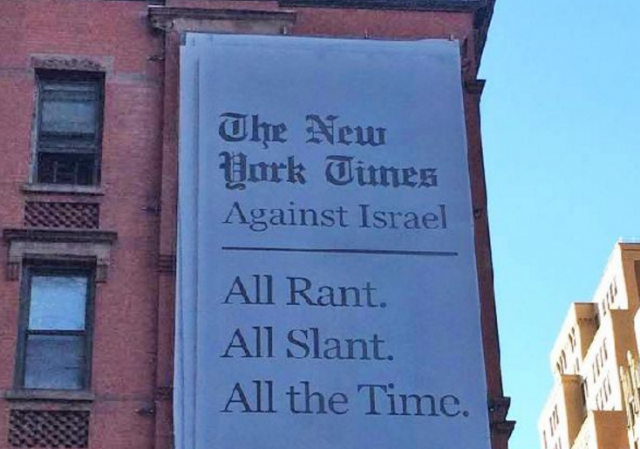 CAMERA – the Committee for Accuracy in Middle-East Reporting in America – has released its Top Ten MidEast Media Mangles for 2015.

There are some doozies, from all the usual sources: The New York Times, BBC, Washington Post, MSNBC, AP, The Guardian and Ha’aretz.  There’s also the perennial phenomenon of media silence regarding Palestinian incitement that is the bedrock of the Israeli/Arab conflict.  In a first, Elle made the list as well (apparently terrorist chic is in style).

CAMERA’s full exposition is here, but in brief the top ten are:

If you believe The New York Times, maybe those Palestinians accused of knifing Israelis to death in the street are actually the victims. According to CAMERA:

In a particularly noxious example, The New York Times incorrectly and absurdly described a butterfly knife wielded by a Palestinian attacker – a type of knife known to be used by street gangs and illegal in a number of countries and U.S. states – as a “Boy Scout”‑type knife. This was the third New York Times article mentioning the incident. In all three pieces, the brandishing of a knife was described merely as an Israeli allegation. In the latter two articles, Palestinian allegations that the knife was planted were given equal weight to Israel’s description of the man holding a knife, despite the fact that he is shown on video wielding the knife. 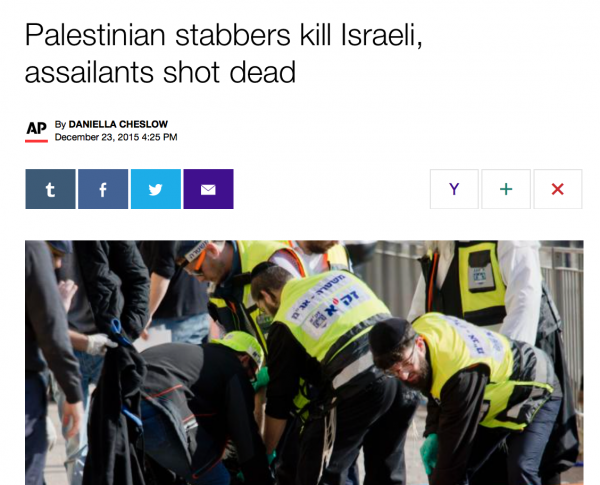 2. Singling out Jews for opposing the catastrophic Iran deal; 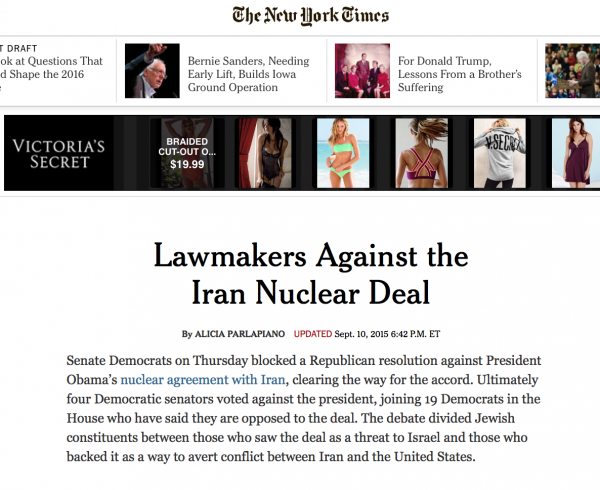 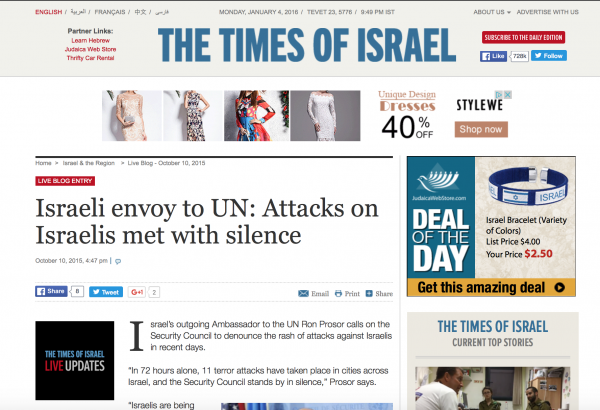 I interviewed @DrGilbert, who has practiced solidarity medicine in #Gaza through four assaults. A true humanitarian. http://t.co/zIDqd1V9EL

7. AP assails Israel’s democracy because only citizens can vote;

8. The Guardian praises Iran for acknowledging Israel, except that Iran never acknowledged Israel;

9. Bizarrely, Ha’aretz says there are no swimming pools in Gaza; 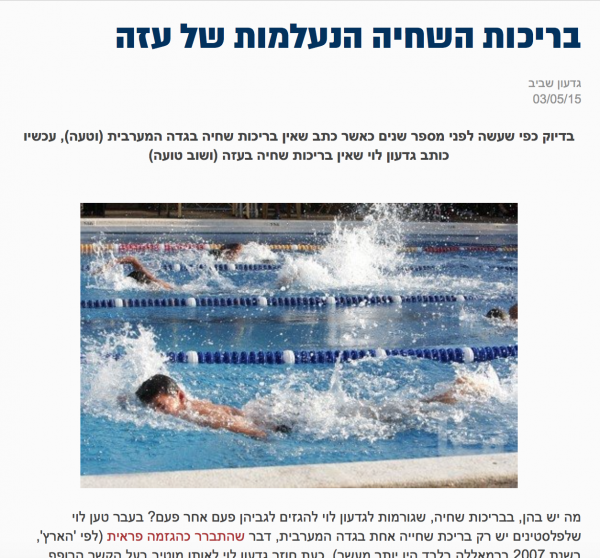 10. The Washington Post reports that the Israel Defense Force is brutal, and that’s why Israeli reservists are “breaking the silence” to expose Israel ‘s crimes.

Except, as CAMERA writes:

Washington Post Jerusalem Bureau Chief William Booth acknowledges that [Breaking the Silence] testimonies “are anonymous and impossible to independently verify.” He writes that the Israel Defense Forces “said that Breaking the Silence ‘does not provide IDF with any proof of their claims.’” And he concedes that “members of Breaking the Silence are viewed by many Israelis as ‘anti-military.’” Yet, The Post and other outlets use the group’s “reports” as opportunities to repeat false Palestinian propaganda claims that Israel inflicts “mass destruction,” uses disproportionate and unnecessary force in combat and inflicts “high numbers of civilian casualties.” 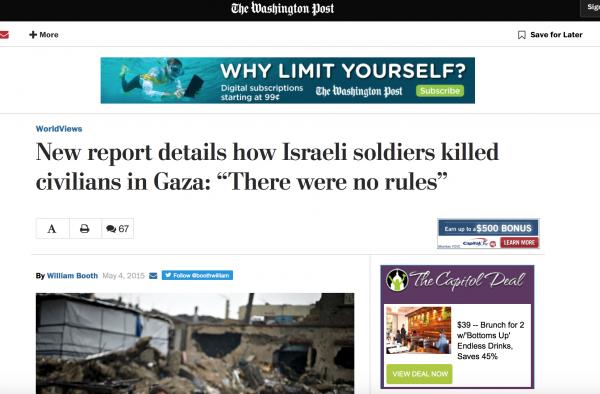 The CAMERA list is a great reminder of what the uninformed and under-informed are being told, and explains why so many people are hostile to Israel only because they are utterly ignorant of the realities of the conflict.

Without a base of knowledge or a breadth of sources that provide accurate information, it would be easy to believe that brutal, oppressive, anti-democratic Israel oppresses Palestinians deprived of basic resources.  This also begins to explain why many among the Left (who may look solely to NYT, WaPo, MSNBC, NPR, BBC their ilk for their news) are so confidently and ignorantly anti-Israel.