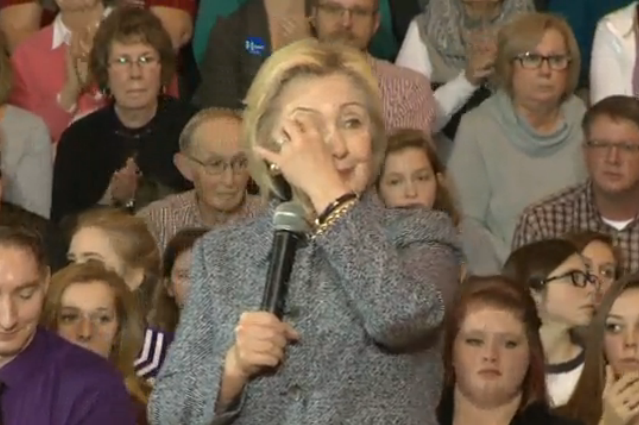 Earlier today, the Washington Post compared Hillary’s poll numbers from her presidential run in 2008 to data from the current election.

The results? Bad news for Mrs. Clinton and her supporters.

If we compare where Clinton is now in the Real Clear Politics polling average, the 2016 picture and the 2008 picture aren’t really all that similar. Nationally, she was doing much better in 2008 than she is right now, perhaps in part because the anti-Clinton vote in 2008 was still split between two people — Barack Obama and John Edwards — instead of just one. But that recent trend line, a function of two new national polls that were close after a bit of a lull, is not very good news. 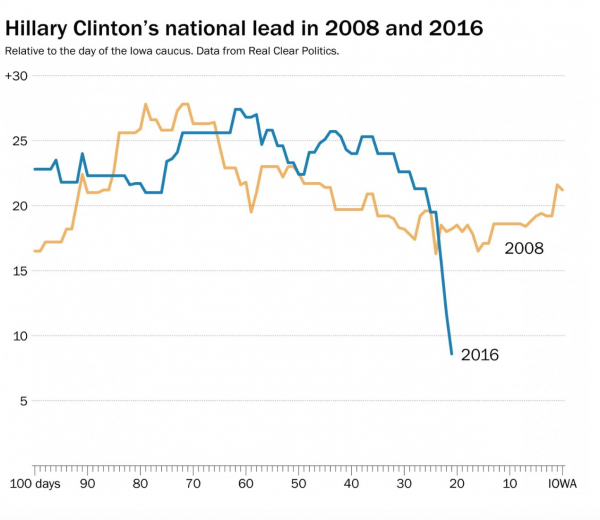 In 2008, Hillary was still flying high at this stage of the game: 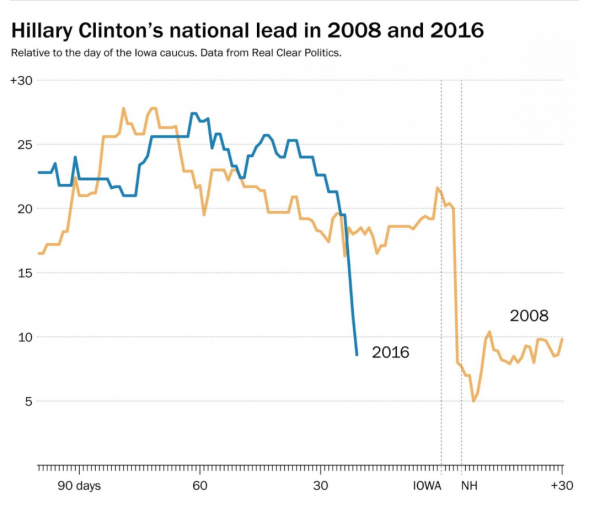 But, when your actions lead to Congressional investigations that lead to FBI investigations which grow to include your family’s non-profit, and you struggle to connect with your hallmark demographic, there is the potential to your campaign will suffer.

Yeah, being a congenital liar, corrupt plutocrat, serial rape enabler, and all-around incompetent to the point of getting people killed will do that. Plus people just aren’t that into her.

But, but, she (and Jeb) have the money, and they want more!

why you gotta hold that against her?

Hillary is so repellent and so congenitally criminal that we tend to assume that those qualities are what are causing her to lose popularity.

But I think it more likely that Democrats are now absolutely giddy that they might be able to vote for a genuine socialist. Sanders offers free unicorns; Hillary offers nothing of interest, and really never did.

I’M READY FOR HILLARY!
…to be indicted.

I’ve felt for a long time that Clinton has experienced a Bradley effect in the polls.

For those that are unfamiliar, the Bradley effect was coined to explain a marked difference in polls and election results for black politicians running for office, and basically meant that people told pollsters and other people that they planned to vote for the black person to avoid accusations of racism, but when votes were actually cast they didn’t vote for them.

The same thing happened in 2008 and was happening until last week. People said they supported Clinton so they wouldn’t be accused of sexism/racist/whateverism.

But last week Trump drew serious blood by catapulting ole Bubba Bill’s history of sexual assault back into the mainstream, and the bombshell email where Clinton straight up ordered somebody to strip classified markings and send it unsecured (a straight up FELONY).

Now the dam is broken. People are telling pollsters what they have actually thought from the start – Clinton was a shitty candidate and a straight up liar that will say anything to get elected.

Stand by for Sanders to annihilate her in NH and Iowa and for her to be indicted by the FBI shortly afterward.

It’s absolutely hilarious to me that Clinton can’t even beat Bernie Sanders.

Nobody left to lie to.

Have your friends who support Hillary watch this: