Swedish police covered up sexual assaults by refugees for months

Swedish police covered up sexual assaults by refugees for months 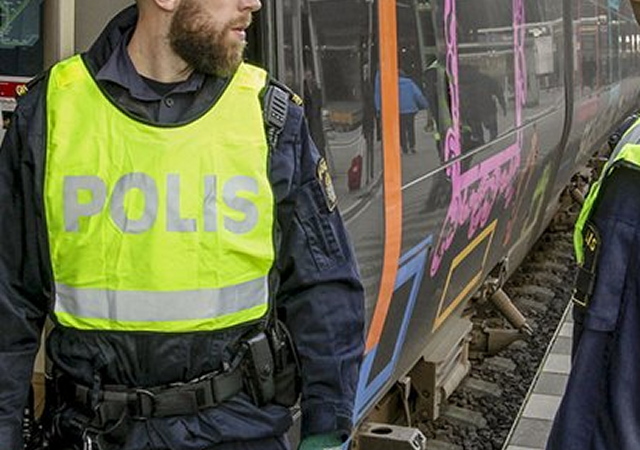 Something maddening is happening in the European and Nordic countries which have opened their doors to millions of refugees from Muslim countries.

Women of the host countries were sexually assaulted in numerous cities during holiday celebrations by refugees and it’s being ignored in some cases and even covered up in others. In Sweden, these attacks have allegedly been going on for months.

Swedish police were criticized on Monday after admitting they failed to release information about alleged sexual assaults against women by young immigrants at a Stockholm summer music festival over the past two years.

There were 38 reports of rape and sexual assault filed after the We Are Sthlm festival, which uses the postal abbreviation for Stockholm, in 2014 and 2015, according to police.

The allegations were first made public in a report by the Swedish daily Dagens Nyheter, citing internal police memos, and the events appear to mirror similar incidents on New Year’s Eve in the German city of Cologne.

“We certainly should have publicly released this information, no doubt. Why it did not happen we simply do not know,” police spokesman Varg Gyllander told AFP Monday.

Police would not say how many men were suspected in the alleged assaults, but DN reported that as many as 50 Afghan refugees who had come to Sweden without their parents were suspected to be involved.

Some parts of Sweden have devolved into no-go zones, particularly Malmö.

The left, which has been screeching about rape culture for the last several years, has been remarkably silent about all of this.

Ashe Schow of the Washington Examiner addressed this in a column for the New York Post:

Europe is enabling a rape culture

In the wake of horrifying tales of sexual assault perpetrated by potentially up to 1,000 men on New Year’s Eve, German officials have made two stunning decisions.

The first, from Cologne, Germany — where the attacks took place — was Mayor Henriette Reker telling women to adopt a “code of conduct” to prevent further sexual assaults, which crossed the line into “victim blaming.”

The second, from the broader German government, was to crack down hard — not on those responsible for the assaults, but for those criticizing the Muslim immigrants who may have perpetrated them.

Let’s take a step back and remember how all of this started. On New Year’s Eve, women celebrating in Cologne were reportedly groped, sexually assaulted and/or robbed as they walked the streets…

So far several dozen have been identified, most of whom were asylum seekers.

But due to Germany’s desperation to prove not only that it’s the most tolerant country in Europe but also that letting in hundreds of thousands of immigrants would have no disastrous consequences, the female victims of the attacks were initially ignored by the political class. Had the alleged perpetrators been white members of a fraternity, the international response would have been completely different, as the Atlantic’s David Frum noted.

Where are all the Western liberal feminists in all this? Near silence.

The Swedish Police and Far-Leftist Socialdemokraterna Govt. & the Media are taking a beating for suppressing the news that is bad but I found out today that the Far-Leftist German Government is so Pro-RapeFugee that they had all CCTV video erased before the police could investigate so that few if any RapeFugee sex attackers could be identified and prosecuted. This is Far-Leftist Insanity.

German admin ordered CCTV of Cologne attack, erased. The discussion was on Polish state TV’s TVP Info channel- in the “Po przecinku” (“After the comma”) program, shown on 9 January 2016.

http://www.liveleak.com/view?i=b1b_1452579086
(The video has a minute or so of lead before the subtitles and interview kick in)

Wow – in their eagerness to cover up the crimes, the evidence is being tampered with? That’s obstruction of justice. Just wow.

Europe is committing suicide, no doubt about it. I don’t understand why its leaders are so keen to relegate it to third-world hellhole status ~

Maybe they’ve noticed that third-world rulers tend to have more unlimited power over their subjects than do elected officials of constitutional governments, so they see an advantage in flooding their countries with people who don’t have an attachment to constitutional governance, and whose disorderly conduct and hostility to the native population provide an excuse for heavy-handed rule.

And, more simply: they think of themselves as authorities over much more than one little country, or even just Europe. They’re talking about Middle Eastern “refugees” and the African population explosion as “the world’s” problems, and they’ve set themselves up as the ones to solve the world’s problems. Maintaining the civilization of a little nation-state is too paltry an ambition for their great egos.

…DN reported that as many as 50 Afghan refugees who had come to Sweden without their parents were suspected to be involved.

So, it has nothing to do with islam. It’s the parent’s fault for letting their young jihadists sons travel to a hostile foreign land, where they lack proper supervision.

Witness the awesome power of the Islamic State, rebels, and other terrorist actors to defeat the combined resources of The United States of America and NATO nations to precipitate the uprooting of millions of people and create a global humanitarian disaster.

That said, it may be just a coincidence, but there is a significant intersection between pro-choice (e.g. selective-child) advocates and the anti-native activists. A happy coincidence.

I find it very telling that feminists don’t care about rape unless it’s at a university. This is because what they really care about is power. And the university is where they choose to do battle. They see the university as the root if the old boys’ network that they seek to take down. Advocating for poor, minority women who get raped by poor, minority men would not get them more power becuase the reigns of power are not found in the ghetto. So they ignore it. The target is primarily white men who have or will have money and power. Hence the neverending attack on elite universities.