Why peace is not yet possible. 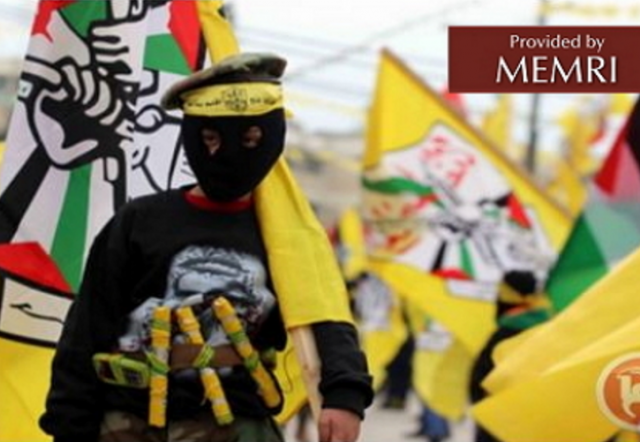 There is no sadder commentary on why peace is not yet possible than the exploitation of children by Palestinians in the war against Israel.

It’s a lot more than the types of confrontations staged by Bassem Tamimi, where young children are sent to confront Israeli soldiers in the hope of creating a reaction that will generate a viral video or photo.

The events marking Fatah Day – the 51st anniversary of the Fatah movement’s establishment in January 1, 1965 – took place this year (2016) under the impact of the violent events that began in early October, 2015. This violence is supported and encouraged by Fatah and Palestinian Authority (PA) officials, who call it a “popular awakening.”[1] In his Fatah Day speech in Ramallah, PA President Mahmoud ‘Abbas reiterated his support for young Palestinians who set out to commit terrorist attacks, and senior Fatah officials likewise expressed support for the Palestinian people’s “awakening” and resistance in all its forms.

The report continues with video, photos and accounts of the anti-Israel incitement, like this child with a mock RPG: 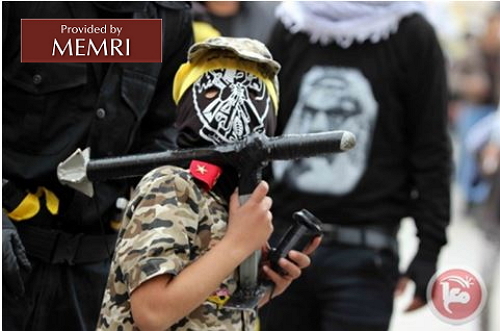 Is it any wonder that so many of the knife attackers in the recent “Knife Intifada” have been teens, some as young as 13?

I’ve always found it interesting that they wear masks. Aren’t they proud to kill Jews?

According to Poe they have been infected with a satanic disease called hate. It infects their children from an early age and is so bad it leads only to death. Poe calls it the Masque of the Red Death.

They didn’t shoot the little subhuman? Can’t be too sure about these things.

Why peace is not yet possible.

That should be maybe:

“Whhy peace is further away than ever.”

Although I don;t think this really adds too much.

I’d say the number 1 reason “peace” is not possible is because agreements that Israel is keeping is not acknowledged, but Israel is accused of violating them, and agreements that the PA makes to iits dsadvantage, like extraditing everyone to Israel, are not kept.

One must also understand something else very elementary, that almost all the would-be mediators do not: The continuing lack of permanent settlement is not because of unresolved issues. Issues are unresolved because there is a lack of willingnss to make peace. Attempting to bring peace by trying to resolve issues is a fool’s errand. It is confusing cause and effect. The hatred of Israel is not caused by anything Israel does.