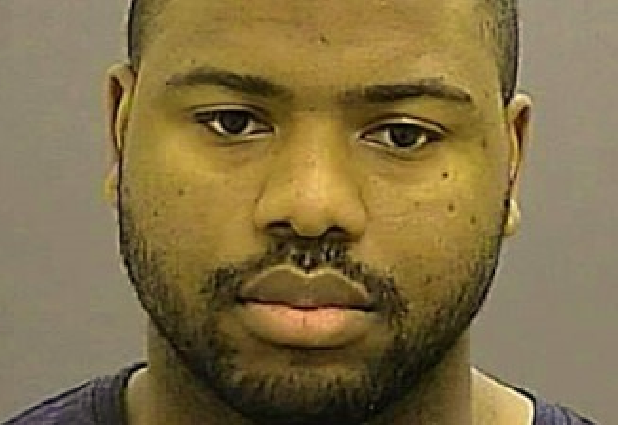 Maryland’s Court of Special Appeals (the state’s intermediate appellate court) has issued a last minute order (embedded at the bottom of this post) staying the trial of van driver Officer Caesar Goodson, for which jury selection was to begin today, reports the Baltimore Sun.  The purpose of this stay is to allow first for the resolution of a separate matter:  whether Police Officer William Porter could be compelled to testify in Goodson’s despite the fact that Porter is awaiting his own re-trial.

The Baltimore Sun reports that in this morning’s order Chief Judge Krauser wrote that it was “presumably in the interests of all parties” that Porter’s appeal be resolved prior to the start of Goodson’s trial.  This is in contradiction to both Goodson’s and Porter’s legal counsel, however, who objected to a separate motion by state prosecutors for a continuance on his client’s trial. (See the State’s motion for the continuance and Porter’s reply to that motion at the bottom of this post.) The State’s motion for a continuance is now moot, given Chief Judge Krauser’s stay.

State prosecutors have long claimed Officer Porter as a material witness in the Goodson trial, and they planned to bring him to the stand to testify in Goodson’s trial whether they obtained a hoped for conviction of Porter in his own earlier trial or whether Porter was acquitted.  In either instance Porter’s criminal liability would have been finally adjudicated (except, arguably, for prospective federal charges).

In the event, however, Porter’s trial ended in a hung jury, and the state immediately announced their intention to re-try the officer.  Under these circumstances Porter naturally decided that he would assert his 5th Amendment right to decline to testify on the grounds that his testimony might incriminate him for purposes of both future state and federal prosecution.

The state then issued a subpoena to compel Porter’s testimony, Porter sought to quash the subpoena, and trial Judge Barry Williams sided with the state and ordered that Porter would be compelled to testify.  This resulted in Porter appealing Williams’ order to the Court of Special Appeals, which stayed the order, followed by this morning’s stay of Goodson’s trial.

Never before in Maryland legal history has a prospective defendant been compelled to testify while still awaiting trial.

Here’s the State’s motion for a continuance of Goodson’s trial, filed last Friday:

Here’s the response of Porter’s legal counsel to the State’s motion above, also filed last Friday:

Baltimore DOJ has made a real mess of the jury system.

How does this affect your theory that failure to stay was a good sign for Porter’s motion?

Yes, the word that comes to mind starts with “cluster”…

One more lil’ episode from “Our System Works!”.

Whoa!! Aren’t you the same guy who swore to me two years ago that the system DID work?

How does this affect “speedy trial” requirements?
I know that most defendants prefer delays, but at this point the prosecution is in disarray. Force them to try their cases before they get their act together.

The time pressure has to also be great at this point. If the defendants trials keep getting pushed back, they may just have their cases outright dismissed. Not by this judge but by the appeals court.

Thank you to Allyn on statelymcdanielmanor for bringing the Hicks case to my attention.

One thing that seems to be going unnoticed.

No lawyer is supposed to put a witness on the stand if they have good reason to believe that person will lie.

If after a trial the defense can show that a person perjured himself, and that the prosecution knew he would perjure himself, they could move for a mistrial with jeopardy based on prosecutorial misconduct. An honest judge would grant it.

The difference here is that we know ahed of time that the prosecution believes he will lie.

Couldn’t the defense move that Porter’s testimony be excluded based on the fact that the prosecution believes him to be lying?

There has been some debate about whether the prosecutions statements could be admitted, but could the prosecutors actually be called as rebuttal witnesses?

Yes — a prosecutor is duty bound not to put on a witness the prosecutor believes is untruthful. But this is Baltimore and this fiasco is more of a lynching than a search for truth.

Porter may want to avail himself of the United States District Court — where he has a small chance of getting an impartial judge. Before you say its procedurally barred, imagine if Judge Williams had ruled gay marriage is illegal. District Court judges would be falling all over themselves to overturn that order — appellate process not withstanding.

But that’s different. Gay marriage is an enumerated constitutional right whereas freedom from self-incrimination is just a concept from some amendment to some old document.

Great point. The constitution doesn’t mean what it says. Instead, it means what the our betters on the court want it to mean consistent with their current sensibilities.

That’s why no one can say with certainty what the phrase “natural born citizen” means.

I think Mosby threw the Porter testimony drama in to stall this until after the Mayor election in April. Her hubbies election may just got a smackdown because a bigger crook Sheila Dixon is running . She is leading in the polls . You think Mosby looked PO’d when Porters jury was hung , you wait till he loses . This is all Social Justice Kabuki theater . Just keep the railroad running posters on sites have compared her picture at the podium to Mussolini on the balcony . They both make the trains run , just for him they were on time.

Actually, the trains NEVER ran “on time”. Mussolini just made the newspapers PRINT that the trains were on time.

More like Mosby and Mussolini hanging around the Esso station…

The other five officers should demand their Constitutional right for speedy trials,and if not granted, then they should appeal the issue all the way to the U.S. Supreme Court.

If it wasn’t Charm City this continuing fiasco would spell the end to Mosby’s career. In the event the mob will blame the Court of Special Appeals when they decide it’s time for new HD TV’s and athletic shoes. The city’s merchants better start boarding up now.

Baltimore business should shut down until after this disaster if finished.

It’s not looting and they are not “thugs” , they are only future stock owners of CVS , stocks of drug , stock of toilet paper , stock of

It’s not looting and they are not “thugs” , they are only future stock owners of CVS , stocks of drugs , stock of toilet paper , stock of ……..

The Mythology of Marilyn Mosby (Apologies to Wike)

“In (Greek mythology) American Legal Jurisprudence, (Sisyphus) Marilyn Mosby was the (king of Ephyra) State’s Attorney for Baltimore, Md. (now known as (Corinth) East Coast Hell Hole)). (S)he was punished for (his) her self-aggrandizing craftiness and deceitfulness by being forced to (roll an immense boulder up a hill) try and re-try the same case, only to watch it (roll back down) end in mistrials and endless motions, repeating this action for eternity.”

If I was Caesar Goodson I would be demanding my trail right now. How can it be delayed if when the defendants have a right to a speedy trial?

He probably could pull his time waiver, but it may not be the best course of action. If Porter is forced to take the stand as a prosecution witness and “take the 5th” it could very well be a negative influence on the jury, thus hurting Goodson. It could also damage the defense of all of them. You don’t want a jury, or potential jurors, thinking “gosh, what are they hiding?”

Once the appellate court makes its decision, Goodson’s defense team will have a better picture of what needs to be done.

At this point we don’t know exactly how the prosecution is planning to hang this on Goodson, and how Porter’s knowledge of events will play into that.

They want Porter to take the fifth , his silence will help them more that anything that was in his statement or his testimony . It will prejudice the jury to think he is covering for Goodsen and himself., . The appeals court has got to know this is not good . Porter if so inclined ( which I don’t believe he would , but could happen in the future to others, if this becomes acceptable ) ) could dump on Goodsen to save his own skin, it is asking for perjured testimony to be rewarded .