. . . but not giving up on America completely 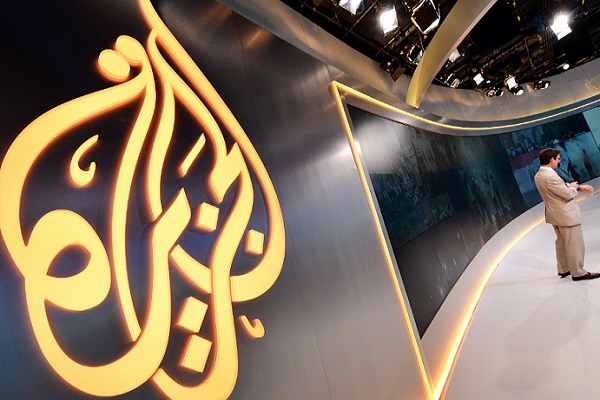 I’m not sure who thought “al Jazeera America” would be a good idea in the first place, but as many of us predicted, the network which began in 2013 just didn’t catch on.

In a sense it was doomed from the start because it began when its media group—al Jazeera Media Group owned by the Qatari government—bought Al Gore’s embarrassingly unsuccessful Current TV.  Al Jazeera America also suffered a decided lack of enthusiasm in the American market.

The ratings problem was so marked that when al Jazeera America managed to twice beat out MSNBC for two daytime hours, it was noteworthy and quite remarkable given how abysmal MSNBC’s own numbers are.  As late as November of last year, al Jazeera was reorganizing and desirous of changing the network’s image.

Variety reported at the time:

The new chief of Al Jazeera America says the early-stage cable-news network is moving forward after a rocky launch that left the staff demoralized and prompted speculation that the Qatar-backed outlet might abandon its efforts to plant a flag in the United States.

“There is a clear picture of where we are going to go,” said Al Anstey, who was named chief executive of the cable network in May. After supervising the operations of Al Jazeera English, Anstey replaced Ehab Al Shihabi, whose tenure overseeing the network was marked by the departures of some senior executives and a $15 million lawsuit from a former employee alleging that a senior executive was hostile to women and made remarks that could be construed as anti-Semitic.

Anstey has placed an emphasis on content and editorial quality, he said, not ratings.”I think we should not be sitting here and be too optimistic,” he said. “It’s going to take time to build viewership.” The network’s average prime-time viewership had been hovering between 20,000 and 30,000 viewers as recently as the Spring, according to Nielsen data.

Twenty to thirty thousand viewers is abysmal; YouTube channels have significantly more viewers than that.  Additionally, the network has been involved in a number of scandals involving a highly questionable workplace culture and a bizarre incident in which the network’s counsel turned out not to be licensed to practice law.

It’s not surprising, then, that al Jazeera America has decided to shut down in April of this year.

Al Jazeera America, a cable news channel that debuted in August 2013, is shutting down. Employees were informed of the decision during an all-hands staff meeting on Wednesday afternoon.

CNN is connecting the decision to the low oil prices.

The channel’s end appears to have been prompted by the plunging price of oil, which dropped below $30 a barrel on Tuesday for the first time in 12 years. That’s significant because Al Jazeera America is owned by Al Jazeera Media Group, which in turn is owned by the government of Qatar.

A source at the company’s headquarters in Doha said that Al Jazeera was planning on making cuts all over — perhaps up to one thousand jobs — due to the falling oil prices.

“Al Jazeera Media Network had to cut, and instead of making it across the board or anywhere else, they decided to chop Al Jazeera America,” the source said.

But fear not . . . apparently, the Qatari government is not giving up on America just yet; CNN also notes that “Al Jazeera said it would not give up on the American market entirely. The memo indicated that the company plans to ‘expand its existing international digital services’ in the United States, with more details to be released in the coming months.”

Al-Jazeera was already available online, and its content was known.

Don’t let the door hit you in the ass.