When will NY Times Break the Silence about its implicit anti-Israel bias?

When will NY Times Break the Silence about its implicit anti-Israel bias?

The Times article about the leftist Israeli “Breaking the Silence” groups is a prime example. 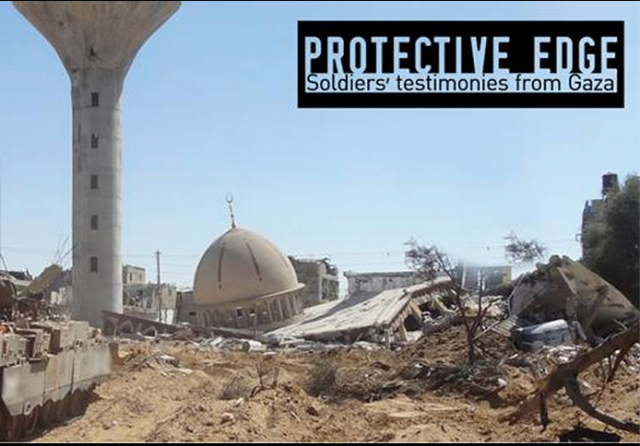 Anti-Israel bias in The New York Times isn’t news. But an article this week once again highlights how the Times promotes those who criticize or demonize Israel pretty uncritically, Israeli Veterans’ Criticism of West Bank Occupation Incites Furor.

The report in question was about the group Breaking the Silence, which the paper described as “a leftist organization of combat veterans that says it aims to expose the grim reality of Israel’s occupation of the West Bank.”

Of course that’s not all, it also has brought up of accusations, often unsubstantiated, of IDF misconduct during war too. Still the story of Breaking the Silence is portrayed as a referendum on Israel and its morality.

We read of the organization as being “at the center of a furor that is laying bare Israel’s divisions over its core values and the nature of its democracy,” and “[highlighting] what it views as the corrosive nature of the occupation of the West Bank on Israeli society.”

For good measure the end of the article quotes an academic who says that criticism of the group “moving away from a liberal democratic model toward a non-liberal one.”

In other words  the articles is framed from the viewpoint of Breaking the Silence.

The problem is that (and this is something that was impressed upon me when I saw All the President’s Men) journalism is about following the money, an activity that the Times wasn’t so interested in.

Critics of Breaking the Silence emphasize that the group is partly funded by donations from European governments, which they say amounts to meddling in Israel’s internal affairs. The critics also accuse Breaking the Silence of feeding into international boycott efforts against Israel through its activities like photographic exhibits and lectures abroad.

Actually, this is the responsibility of the news organization, not critics to do. It is something that Gerald Steinberg and his organization, NGO Monitor has done. Steinberg, earlier this week wrote a critique (Google link) of Breaking the Silence in The Wall Street Journal:

With about 10 activists on staff, BTS publishes anonymous and unverifiable testimonies from Israeli soldiers who claim to have witnessed Israeli forces committing war crimes. Representatives of BTS travel the world repeating these stories, appearing in parliaments and before United Nations bodies, university campuses and in the media. …

This has helped fuel the boycotts targeting Israel, as well as the publication of the 2009 Goldstone Report on the fighting in Gaza, which has since been discredited even by its own author, the South African jurist Richard Goldstone. Efforts in the United Kingdom and elsewhere to “arrest” Israeli leaders such as Tzipi Livni, the former foreign minister, based on allegations of war crimes, become international headlines and push Israel further toward pariah status.

The bigger problem is that groups like BTS get most of their money, up to tens of millions of dollars, from European governments, including Sweden and Switzerland, either directly or indirectly. The European Union, for instance, is reported as BTS’s largest single donor of 2015. BTS is also one of about 20 similar groups that were built by the powerful U.S.-based New Israel Fund.

Reading Steinberg the portrait of Breaking the Silence that emerges is not of a dedicated group of idealists seeking to improve their country, but as an unaccountable group of cynics seeking to undermine their society that gets most of its funding from abroad.

The most important point that undermines the Times’ narrative is that the “European Union, for instance, is reported as BTS’s largest single donor of 2015.” The EU of course has an interest in demonizing Israel, having just imposed labeling guidelines for Israeli products coming from the West Bank.

This is very interesting in view of the fact that there is actually an American organization that seems comparable to BtS – though it has apparently an incomparably harder time when it comes to attracting media attention or finding an “open door” to senior government officials. Like BtS, Iraq Veterans Against the War (IVAW) wants to give a voice to soldiers critical of what they experienced during their service. But unlike BtS, IVAW seems to get no major funding from European governments or NGOs, and when I was trying to research the media coverage of the group, I quickly came across complaints that even efforts to put on major events were met with “silence” by US mainstream media. Not much success with “breaking the silence” for IVAW, it seems.

One of the complaints that focuses on the failure of the New York Times (NYT) to cover a 2008 event put on by IVAW cites the NYT public editor’s explanation that the paper wasn’t really interested in covering “charges and counter-charges at home by organizations with strongly held political viewpoints about the war.” But apparently, the NYT has a different standard when it comes to covering charges against the IDF made by an organization like BtS, which obviously has “strongly held political viewpoints” about the wars Israel has to fight: BtS’s latest allegations were covered in an Associated Press report; in 2007, the NYT published a report on a BtS event in Jerusalem that described BtS as “a group of former Israeli combat soldiers and some current reservists [who are] shocked at their own misconduct and that of others” and helpfully included a link to the group’s website; and a 2010 article entitled “Israeli Rights Groups View Themselves as Under Siege” counts BtS among Israel’s “most prominent human rights organizations.”

The Times also doesn’t cover military groups that praise Israel. Earlier this month a group of generals from around the world found that Israel’s conduct of Operation Protective Edge last year was “exemplary.” Ben Cohen reported for The Tower:

The High Level Military Group (HLMG), which authored the report, was established earlier this year with a remit to examine “the implications for warfare where democratic nations are engaged in fighting enemies who disregard the Law of Armed Conflict (LOAC) but exploit our own nations’ adherence to LOAC for their gain.”

Rafael Bardaji, a spokesman for the group, emphasized that “In the absence of the appropriate military and legal expertise, the cumulative failure of international institutions and organisations to come to a more accurate assessment of events during the 2014 Gaza Conflict, their attempt to impose unwarranted legal norms, and their failure to make important moral distinctions between the adversaries is a problem not just for Israel.”

In other words a group of military professionals from U.S., Europe, South America, and Asia reviewed Israel’s conduct and found it above reproach, unlike the way the war was reported in the Times.

So why did it report on Breaking the Silence? Because it makes Israel look bad. I can’t think of any other reason.

[Note: This post was prepared prior to the Sabbath.]

“When will NY Times Break the Silence about its implicit anti-Israel bias?”

I’d say that the NYT is sufficiently “out” that we can say that its bias is EXPLICIT.

The only way for the Times to remain financially viable is through massive direct investment from leftists and indirectly, the Obama regime. It has essentially become a vanity project in the model of David Talbot’s Salon which has never in its entire existence, ever made its budget. Of course it’s going to be a mouthpiece just as al Jazeera, PressTV and RT are for their respective ‘governments’.