Some Soviet immigrants lied, but they weren’t terrorism risks

Some Soviet immigrants lied, but they weren’t terrorism risks

What is to stop ISIS and al-Qaeda supporters among current wave of “refugees” from lying about their backgrounds? 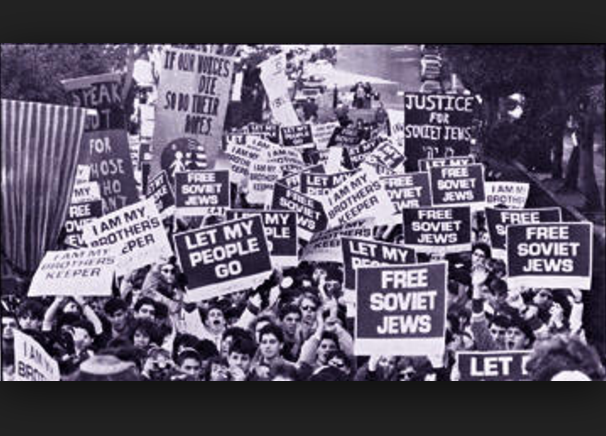 If, dear reader, you are wondering how easy it is to lie to the United States immigration officials, you are not wondering alone.

A little over 25 years ago I, along with other Soviet Jews, were going through the immigration process wondering out loud about how easy it would be to deceive our future homeland.

That wasn’t our main concern, however.  Our main concern was the politics surrounding admission of refugees from the USSR because we knew that ultimately the question of us coming to America was a political one — just as it is today.

We were interviewed abroad, in Italy, and the interview consisted mainly of personal questions, related to political views and religious issues. 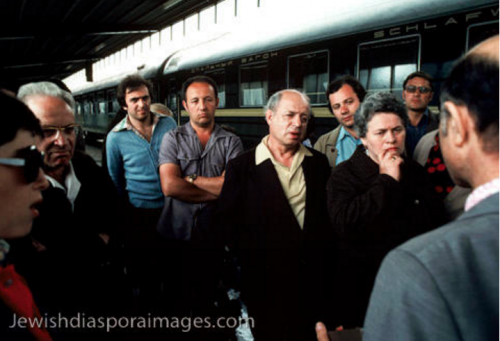 Our scaredy grannies on blood pressure meds feared the day of the embassy trip; no doubt contemporary college students would find it “triggering”.

Seniors laughed and cried and then cried again when asked “Did you ever work for or associate with (either directly or indirectly) with the Nazi government of Germany?”

I can think of no greater insult to a Jewish soldier in the Red Army, but they had to let go.  Those questions weren’t asked of them personally, we were told; they were put to everyone and designed to screen out all applicants.

Persecution – Take Our Word For It

We all experienced anti-Semitism, and we were asked to talk about that. Our stories were real but unverifiable.  What does the US embassy know of problems a refugee could have had with the local Komsomol cell in Zhytomir in 1976, for instance?

Although in the late 80’s some Jewish families were denied entry to the United States and advised to go to Israel, Soviet refugees in general were believed.  When we were interviewed in 1990, the impression was that the applications were rubber stamped.

Soviet anti-Semitism was well-documented in general, the only variable in the process was politics.

A decision about what to do about our group of people depended on complexities of the Cold War, and interactions between the Soviet Union, Israel and United States changed dramatically in the 80’s.  The only stable variable was that, although we were in Western Europe, and very much in awe of it, nobody there wanted us, even despite the very observable phenomena known as brain drain.  Among us were coming the future leaders of Silicon Valley and two of The New Yorker’s 20 under 40 writers (well, one of those is actually a Canadian).

We were a small minority in the country of our birth looking to be a small minority in another country. Live and let live kind of people.  Allowing a half a million Soviet Jews on American shores was not going to change the ethnic and/or cultural makeup of the United States.  We didn’t talk about it because we took it for granted.

Not everyone coming with this wave of Jewish immigration was, in fact, Jewish or Jewish-related. Because a fake Jewish identity is not hard to purchase on the black market in the former Soviet Union, those wishing to leave the country could obtain forged papers.

The Bad Came With The Good

The Russian mafia, both Jews and gentiles, were able to dupe immigration officials here and in Israel. They brought in their people, set up shops on the East Coast and flooded Israel with prostitutes. Theoretically, law-breakers should be prevented from settling in the United States, but those operating here turned out to be smart enough to avoid discovery.

The US denies residence to individuals for ideological reasons as well, particularly members of Nazi and Communist parties — or, more precisely, we complicate the process for them.  Quite a few Communists entered the United States with our wave of immigration, something typically disclosed from the get-go.

The overwhelming majority were old men who neither held positions within the party nor prosecuted others.  David Bezmozgis’s novel The Free World revolves around this kind of character, a man who lived through pogroms and revolutions and fought bravely against the Nazis.  Only –SPOILER ALERT — Bezmozgis didn’t have to kill him at the end of the novel.  My own Communist grandfather spent his last decade in the United States.  One of his chief worries was that China, because it had a planned economy, could overtake the United States. Needless to say, he was very much onboard with the War on Terror.

And if the readers think it’s deplorable that we gave citizenship to aging former Commies, consider that a few decades earlier we gave refugee status to Nazis in their prime.  Although the American law specifically excludes Nazi collaborators and war criminals from entering the United States as displaced persons, many did.

In the 80’s several notorious war criminals were were stripped of American citizenship — not because they were Nazis or collaborators, but because they lied to immigration officials.

I Swear, They Swear

When I worked as an immigration paralegal, the lawyer in charge of my training explained that the purpose of an immigration interview is to obtain sworn testimony.

If later on it surfaces that an applicant lied, this person becomes deportable.  He assured me that fraud does get discovered, typically in divorce, or some other situation when family and friends with a grudge turn on the hoaxer.  I suppose sometimes Nazi hunters can zero in on a case as well, but I seriously doubt that most immigration fraud results in denaturalization.

Because we knew that fraud is so commonplace in the former USSR, it was our central concern when working with asylum seekers.  Our impression was that USCIS was pretty good with certain kinds of forensic analysis.  For instance, they can determine the authenticity of passports (as it happens the United States recently requested extradition of a Syrian man on 4 counts of passport forgery).  But looking at, say, a note from an Uzbek hospital describing a blunt trauma to the head provided by an asylum client, how would anyone know it’s real?  A passport can be real, but the story made up.

Neither Nazis post-WW2 nor the aging Commies post-USSR represented a threat to United States security, but terrorists do, and the system I am familiar with is designed to go after the fact, and with a great extension of effort.  Even then, the immigration interview is a 20th century relic* that calls out European pathologies like Nazism and Communism, whereas adherence to political Islam does not present a problem for an immigrant. (*Not quite.  Did you know that the United States grants asylum to National Bolsheviks? How’s that twofer?)

At this point we can deport the next Tashfeen Malik — if we can show that at her immigration interview she was already a member of a terrorist organization.

We can take our immigration process into the 21st century and ask about the political pathologies of the regions from which the majority of immigrants are coming, but, let’s be honest, this is not a way to prevent terrorism.

Jewish immigrants cannot be compared to Islamic ones. Judaism is not supremacist in the sense that Islam is. Jews were not coming here with the intent that Judaism dominate. Neither were they secretly planning on oversetting American law and replacing it with Talmud. The persecution of Jews was mainly at the hands of the Other. With Muslims, the problem for them and us is Islam. The best thing we can do is not admit them, close their mosques and schools, and expel them because, as we have seen wherever they are, they will live peaceably with no man unless their numbers are non-existent or exceedingly minute.

There is one Jew that i wish could be deported, George Soros. I know he is not much of a Jew in fact or practice.

Then there is the blog post at Gates of Vienna which reveals that young men are fleeing Syria not to join or flee ISIS but to avoid being drafted into the Syrian military with all the shooting going on. It seems that there were supposedly available jobs in Europe according to the internet but no jobs for these “travelers” upon arrival.

It wasn’t just ISIS and al-Qaeda supporters who created all those zones de non-droit in France, or suburbs of other European cities (e.g. Rosengaard in Malmo) that have become menacing for non-Muslims.

It wasn’t just al-Qaeda supporters who caused a rape epidemic in Sweden and Norway, or who turned a large number of British girls into sex slaves — while British authorities averted their eyes because their greatest fear was being considered “racist” or bigoted.

It isn’t just ISIS and al-Qaeda supporters who commandeer the streets of Western cities for in-your-face mass prayers, which include ritual cursing of unbelievers.

It isn’t just ISIS and al-Qaeda supporters who want to criminalize any criticism or mockery of Muhammad and Islam, or compel us to change our menus, dress codes, holiday schedules, etc. That is normative Islam.

[…] read my guest post on Legal Insurrection.  It’s about my experience with immigration officials as a refugee and […]