National Targeting Center program that could have prevented attack may have been buried by the administration. 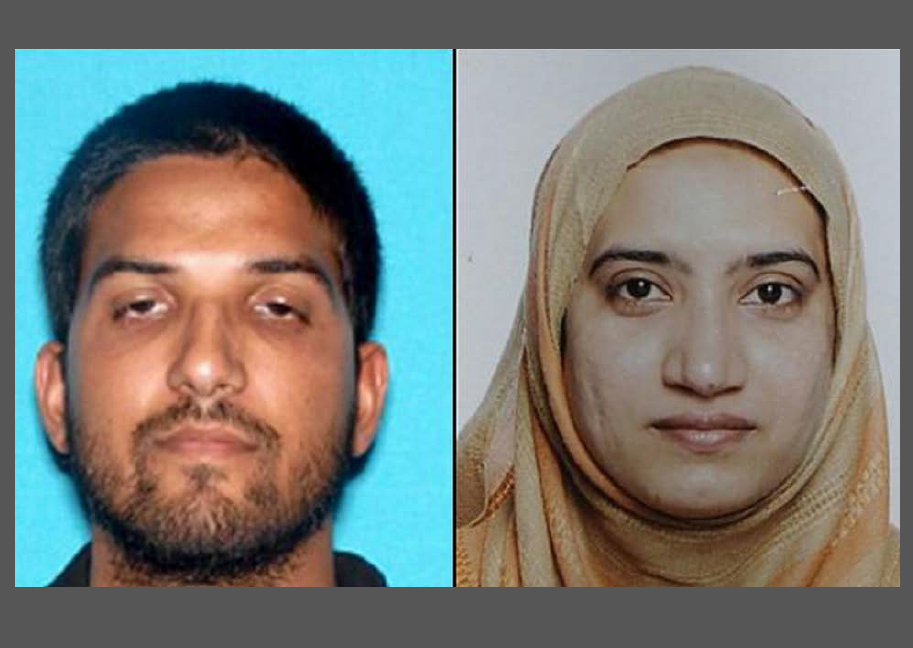 Earlier this week we reported that the body of Tashfeen Malik, the female San Bernardino terrorist who slaughtered 14 of her husband’s co-workers, was still unclaimed.

As I predicted, Malik was buried without fanfare in an Islamic cemetery alongside her murderous spouse:

Syed Rizwan Farook and Tashfeen Malik, who opened fire on a San Bernardino holiday party earlier this month, were buried Tuesday in a quiet, graveside funeral.

Many of those who attended mosque with the couple refused to attend, two mosque members said.

…The funeral followed traditional Islamic rituals, said an attendee. At a Muslim cemetery hours away from San Bernardino, the bodies were cleansed according to Islamic rules, wrapped in white cloth and buried.

Those attending the funeral at a graveyard some distance from San Bernardino are keeping the location of the burials under wraps, fearing the graves would be desecrated.

The couple’s neighbor probably missed those services, as he has been arrested on terror charges for material support for those attacks.

Enrique Marquez, a neighbor and friend of one of the San Bernardino shooters, has been arrested for allegedly providing material support to terrorists, officials said.

Authorities said that Marquez and shooter Syed Farook allegedly began plotting terror attacks in Southern California in 2011 — “attacks which were, fortunately, not carried out — and discussed a firearms and explosives attack on Riverside Community College.

“While there currently is no evidence that Mr. Marquez participated in the Dec. 2, 2015 attack or had advance knowledge of it, his prior purchase of the firearms and ongoing failure to warn authorities about Farook’s intent to commit mass murder had fatal consequences,” said U.S. Attorney Eileen M. Decker of the Central District of California.

There are increasing indications that the San Bernardino terror stike was a robustly planned operation, and there were potential warning signs that should have been noticed. New and disturbing allegations are being made by former Department of Homeland Security employee Philip Haney, who says that the slaughter may have been prevented using information uncovered by his investigation team.

Haney asserts that the Obama administration scuttled a National Targeting Center program that was successfully tracking potential terror networks via social media and it may have actually erased key data that was collected.

…We had these two groups in our sights; if the investigation had continued and additional links been identified and dots connected, we might have given advance warning of the terrorist attack in San Bernardino. The combination of Farook’s involvement with the Dar Al Uloom Al Islamiyah Mosque and Malik’s attendance at al-Huda would have indicated, at minimum, an urgent need for comprehensive screening. It could also have led to denial of Malik’s K-1 visa or possibly gotten Farook placed on the No Fly list.

But after more than six months of research and tracking; over 1,200 law enforcement actions and more than 300 terrorists identified; and a commendation for our efforts; DHS shut down the investigation at the request of the Department of State and DHS’ own Civil Rights and Civil Liberties Division. They claimed that since the Islamist groups in question were not Specially Designated Terrorist Organizations (SDTOs) tracking individuals related to these groups was a violation of the travelers’ civil liberties. These were almost exclusively foreign nationals: When were they granted the civil rights and liberties of American citizens?

Worse still, the administration then went back and erased the dots we were diligently connecting.

President Obama is tacking on a trip to San Bernardino, on route to his Christmas vacation in Hawaii. He plans to meet privately with the family members of those who died in the jiahdi attack.

Perhaps he can explain to them why his administration buried a potentially critical tracking program in the name of political correctness?

That’s okay. I am praying that a good ole California earthquake flips them so they are facing down.

ABC said that Obama’s gonna tell us we’re “on the right track” in combating terrorism and ISIS. So all’s well, then.

Should have buried each one with a side of pork.

Obama is still calling this a lone wolf attack.