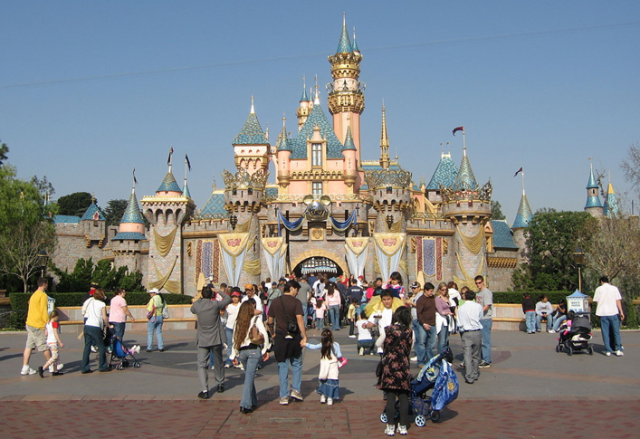 As the corpses of the villainous San Bernardino terror couple molder in non-disclosed graves, there are signs that the holiday-time attack has shaken up security protocol over the season.

As my family was watching the Disney holiday show while unwrapping presents, extra security precautions were being implemented at Disneyland and other theme parks across the country.

On Thursday, Walt Disney World, Universal Orlando and SeaWorld installed metal detectors at all park entrances. Outside of Florida, Disneyland and Universal Studios Hollywood have said they are also installing detectors.

“We are enhancing security measures at all of our parks for the busy holiday season, including increased security presence both inside and outside the parks. Guests entering SeaWorld Orlando can also expect thorough bag checks as well as metal detector checks,” SeaWorld spokeswoman Suzanne Pelisson-Beasley told FoxNews.com via email.

In addition to enhanced security checks, Disney also announced that it would stop selling toy guns throughout its theme parks and will ban visitors over the age of 14 from wearing costumes.

The swift implementation of these measures across the country make me wonder what information may have been gleaned already from investigations. The FBI is diligently working on a time line for the years between Syed Rizwan Farook and Tashfeen Malik becoming self-radicalized and when they launched their deadly attack.

Who knew of the married couple’s growing devotion to jihad? Did anyone know of their plot to kill Farook’s co-workers?

Did the couple plan other massacres that day? And where did they go between the shooting rampage before noon on Dec. 2 and the shootout with police that killed them four hours later?

“All of this is going to take a while to get all we can learn,” said one of the two officials, who spoke on condition of anonymity because the investigation is ongoing and so as not to jeopardize the prosecution of Enrique Marquez Jr., who was arrested last week on multiple felony charges related to the case.

Across the Atlantic, 20 Muslim families are complaining because they have been denied entry into this country. One of these families, on its way to Disneyland, was stopped in the departure area of London’s Gatwick Airport on the orders of American Homeland Security.

After the head of the family, Mohammad Tariq Mahmood, squawked about how unfair the action was, details are slowly coming out that indicate it may have been the prudent action to take.

[British Prime Minister David] Cameron last night promised to investigate why Mr Mahmood, his brother and their children, had been stopped from flying to the US, ITV reported.

The broadcaster said it had learnt that a Facebook profile linked to the family’s address included “joke” references to Al-Qaeda and the Taliban.

Meanwhile, US Department of Homeland Security officials confirmed to CBS News on Wednesday that the incident occurred, but disputed allegations that all eleven family member were denied permission to board the flight.

A DHS source told CBS News that one of the brothers was refused entry into Israel two years ago, and his teenage son’s Facebook account has links to terrorist websites.

Homeland Security has been very busy in the wake of San Bernardino. The agency is investigating the theft of 43 propane gas cylinders in the Philadelphia area, as well as bulk purchases of pre-paid disposable phones.

Juan Felipe Herrera, the U.S. poet laureate, wrote a poem about the San Bernardino massacre over the past few weeks. A small portion of the work, which is a tribute to Detective Jorge Lozano. is below:

I’ll Take a Bullet for You

…I’ll take a bullet for you
Detective Jorge Lozano said
from the chasm of sprinklers spilling and leaving
he walked the living wounded
he did not utter words it was his heart that moved
the innocent followed….

A far cry from, The Night before Christmas, indeed.

Cameron needs to stop being such an idiot and investigate why the Mahmood family are still in the UK. That would be fantastically beneficial to his country.

In addition to enhanced security checks, Disney also announced that it would stop selling toy guns throughout its theme parks and will ban visitors over the age of 14 from wearing costumes.

How does that make anyone safer?