“The evidence established that Porter went above and beyond his duty”

“The evidence established that Porter went above and beyond his duty” 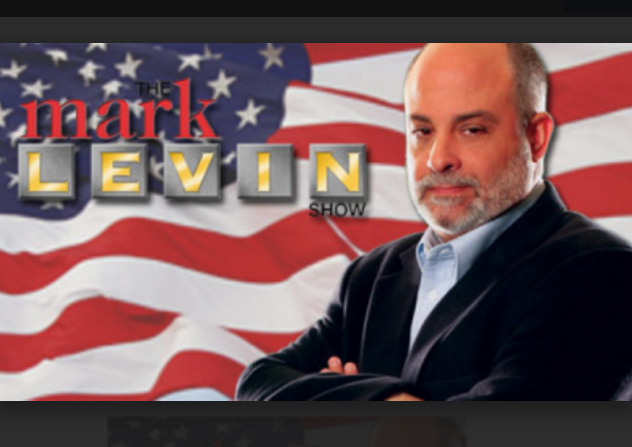 A reader alerted Professor Jacobson that Legal Insurrection and I got a mention on the Mark Levin Show.  Naturally we tracked down the mention in order to crow about it and share it with you loyal readers (but mostly to crow about it).

In fairness, it’s probably more accurate to say that Andrew McCarthy mentioned us in his (as always) very good blog post over at National Review about the Freddie Gray prosecutions, The Travesty in Baltimore.  Levin essentially reads McCarthy’s post on the air and so includes that mention.

Levin does, however, also throw in a bit of a kudos of his own into the mix, interjecting “Legal Insurrection, another great web site.”

Here’s that audio clip.  First there’s just the short bit in which we’re actually mentioned, then a pause, and then the clip starts playing the entirety of the ~6 1/2 minute segment in which Levin reads McCarthy’s post (starting with “I want to address this.”).  Enjoy:

Where else can you get excellent legal analysis and., up to date information, all simmered in snark?

It’s Andrew Branca’s snarkformation! Get it all right here at LI.

The murder of Corvus brachyrhynchos in my backyard are breakfasting on ham, cheese and granola this morning and they’re crowing up a storm about LI’s well-deserved good fortune.

Kudos to Branca, Prof. and all LI folks from the too-blue state where Andrew lives (not for long).

While Levin’s show is online, I can’t listen to him in the car now that our local Entercom station dropped his show for some inferior one.

Andrew has worked very hard, and succeeded admirably, at bringing us the facts of several celebrated (or deplored) criminal cases, along with legal insights that I think have benefited all the LI readership.

Congratulations, Professor, LI staff, and especially Andrew. Levin is not known on wasting words to give empty accolades. But then again we have known how good you guys were well before this, so not exactly surprised.

Sweet! Take a bow, everyone!

Andrew’s work at LI is always superb and we all appreciate it very much. Far more accolades are deserved and the crowing should reach a cacophony. 🙂

I was pleased to hear Levin point out how abysmal this judge is, which has been my recurring beef beyond the fact of the filing of charges in the first place.

I have been watching for but not seen information about a new trial date. Anybody know? Or did the pros find it necessary to fall back for a bit of regrouping first?

They had a meeting Thurs but did not set a new trial. The issue was rather to delay the other trials or move Porter to the end .Apparently ,the way it was reported ,it was not up to the lawyers or trial judge but was up to whoever assigned trial judges. The big question is will they move it. With the social justice narrative of ” we have to send a message for something that someone did to someone in the past , you will not get an acquittal , and if you have someone who is fair and has one brain cell , you will not get a conviction.

Freddie Gray would not have died in that manner if not for the racist invention of ‘police’ as an alternative to infantry and cavalry.

Baltimore could have replaced its inherently white supremacist police force with infantry if it were not for the racist facist Posse Comitatus Act; which was intended to prevent the Federal Army from being able to prevent white supremacism as it had done during Reconstruction.

Baltimore and other cities could have replaced cruel and monstrous white model forces with an infantry built to a compassionate and humane design, like the Impi.

Really very obnoxious Thanks for the history lesson that there were no ” police” before the 1870s . The Impi or the NKVD.?

Modern policing has roots that go further back than that. The British were adapting the French system after all.

My process was “Roman Legion, Mongol, IJA, who won’t BLM be able to call racist?” I expect the NKVD was too much of a police force. (I wonder what the Cheka thought of drug addicts?) In hindsight, IJA occupation forces might’ve had too much police capability for my intent. On the other hand, I also considered the population control systems of the Qin Dynasty. The ideal would be assault soldiers that could only occupy a city brutally, and are not police. I’m not sure if the Impi match that.

The more viable alternative would be the system which predated modern policing in America. This relied on volunteers to supply the balance when a lot of force was needed. There are valid concerns that this system was easily corrupted by a certain Party for political ends. Furthermore, modern police are pressed into service as caretakers in a free range hospice. Volunteers would be unable and maybe unwilling to keep the drug addicts from injuring themselves.