Marco Rubio needed to stand and be counted against Omnibus bill

Marco Rubio needed to stand and be counted against Omnibus bill

Not voting was not the same as voting No. 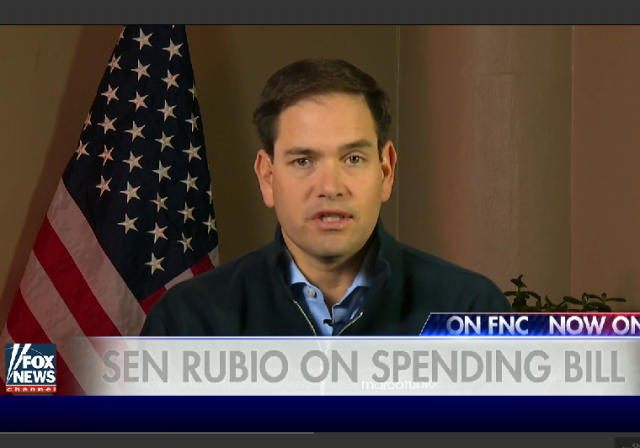 It was a bill he stated he opposed and might even try to delay.

But he didn’t show up for the vote. 98 other Senators did. Including Ted Cruz, who returned from the campaign trail to be able to just say No. 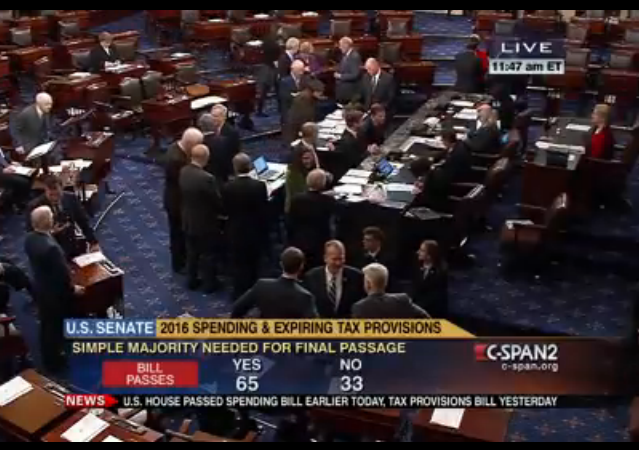 In the run up to the vote, Rubio excoriated the process used to draft the bill as well as provisions funding Syrian refugees. He suggested an effort to slow things down:

Why wasn’t Rubio there? One argument is that after Rubio mentioned slowing down the bill, the leadership used procedures to fast track it. This from a member of Mike Lee’s staff:

But that doesn’t explain a failure to vote at all.

Also, Rubio said that not voting was the same as a no vote, which is correct only in the tone deaf world of D.C. politics.

This feeds the worst narrative used by Rubio’s political opponents against him, that he plays both sides of issues. Missing the vote allows him to say he was against it, without actually casting a no vote that would have bucked the business and establishment interests supporting the bill.

As someone who has goodwill towards Rubio, though there is a trust issue on immigration, this is frustrating. Many people, including me, WANT to believe Marco Rubio 2016 is the same as Marco Rubio 2010. Give us reasons to believe, not reasons to disbelieve.

I don’t know if Rubio is deliberately trying to shoot his own campaign in the foot, or if he is out of touch with the mood of the electorate.

If Rubio or his campaign is reading this, take note. The Omnibus bill was a time to stand and be counted.

Stick a fork in him.

I sincerely hope you are right (clintack). I am so sick of him and the GOP in general. When you have reached the point where you constantly must make excuses for a politician on important issues in order to justify voting for him/her, then that person no longer deserves to be in office–period. So DON’T put them there. It is long past time to start cutting loose all the politicians who break their promises and/or shows themselves straying from the platform they ran upon. Eventually, if we keep culling the herd, some day we’ll start to get people who actually give a d**n about doing what is right. Until then, give them a one term chance and then show them the door.

I said it back when he played his immigration game with the Gang of Eight; I will NEVER vote for Rubio. I plan to show him just what a REAL “no vote” is during the Republican Primary.

From your keyboard to God’s ear my friend.

Now that the bill is all but signed into law, he can claim he was against it.

65 to 33 means his vote would be symbolic AT BEST.

Who was the OTHER senator not to vote?

Sickening. I hope enough voters by now have finally had enough of being treated with rank contempt.

And other than his less than credible word, what basis is there to believe that he was not 110% in favor of it just like Paul Ryan?

I’m betting that Rubio is lying the same way he lied about opposing Amnesty and Permanent Open Borders.

I haven’t actually been calm enough yet to call my Rep and tell him what I think of his vote for this sad sack of crap. But when I do I will demand that he begin the process of removing Ryan from the seat, his very first action is to prove he is even worse than Beohnr.

He’s a phony. Believe your own eyes.

This is the guy who gets promoted at work because of things that have nothing to do with ability or productivity. He’d be a good salesman or spokesperson and that’s it.

His appeal is to the out of touch, wealthy dinosaurs feeding the losers running the GOP, and to no one else.

Rubio’s appeal. He gives a good American Dream speech, and he ran against the known phony Charlie Crist.

However, he turned out to be the same sort of phony Crist was. At least Crist appointed Lemieux to the Senate, who was a reliable seat filler and a better conservative than Rubio turned out to be.

Of course… the embedded assumptions there are nuts, but I think that’s his appeal.

Some squirrels will find the nuts.

I hope only they vote for Rubio.

I dismissed Rubio so time ago for these kinds of reasons.

Though I actively supported him in 2010 along with you Professor, I keep a eye out on key people who have inside info. I had to walk away from Rubio because all undocumented Democrats must be repatriated with their home countries and get off our backs.

That deportation issue is the crux of Rubio’s support, no?

Either he caught DC Swamp Fever, like most of them do once there, or he was BS from the gitgo. Either way, he’s dead to me. Useless GOPe tool.

I’ve written my two Republican senators who voted for the bill asking why we bother to vote for Republicans and why can’t they see where Trump came from. Time was, Georgia senators weren’t RINOs. Actually, the last non-RINO Georgia senator was Zell Miller, a Democrat.

Also, I sent thanks to my very conservative representative who voted against it. There’s one guy who’s keeping his promises.

I’ll vote for Rubio if I have to but he’s never going to overcome being in the Gang with McCain & Schumer. This “No” vote is just “Another Brick in the Wall”.

Marco is a phony, unfortunately. His lack of maturity is apparent and his attention span is nominal.