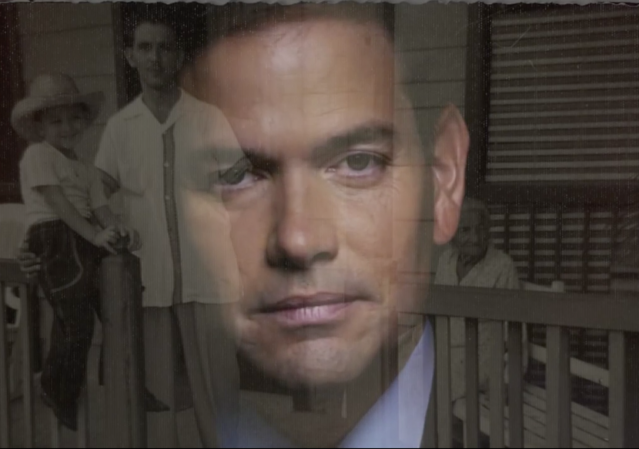 Star Wars Episode 7 premiers this weekend. Naturally, the internet has been kind enough to rip bits of the official trailer to make mashups like this one:

Despite the campaign logo conclusion, the video is not a product of Rubio’s presidential campaign.

But what does Rubio think of the epic sci-fi series?

Last month, ABC News posted a clip of Rubio discussing Star Wars. Florida’s junior Senator said although he hated Darth Vader (the film’s villain) as a child, he kind of feels sorry for him now.

“I used to hate Darth Vader, now I kind of feel a little bit sorry for him now that I know what he went through to get to that point. He’s probably the most fascinating character in the whole movie because he starts as this individual with a tremendous amount of talent and promise, then something went wrong, something really went bad. He went dark and went nasty,” explained Sen. Rubio.

Rubio will join eight other presidential candidates tonight in a Republican presidential debate hosted by CNN.

Join us for our live coverage of the debate beginning at 8:30 EST tonight.

…as did Ted Cruz:

It’s over for this guy.

It’s just a matter of waiting for the other schumer to drop.

Loved it. Very slick and professional, I could have sworn it was made by the Rubio campaign. Got chills watching it.

Too bad I can’t actually vote for him in the primary.

Linked over at my blog: http://triggerwarningblog.blogspot.com/2015/12/marco-rubio-plus-star-wars-equals-hell.html

When millions upon millions of Americans(and even more illegal immigrants) start camping outside the polling booths for days and weeks so that they can vote for Marco Rubio in the primaries; I will become even more concerned for the state of mental healthcare in the land of my birth – The United States of America.