Has the Media Finally Slipped Into Irrelevance?

Has the Media Finally Slipped Into Irrelevance?

Perpetual shark-jumping has its consequences 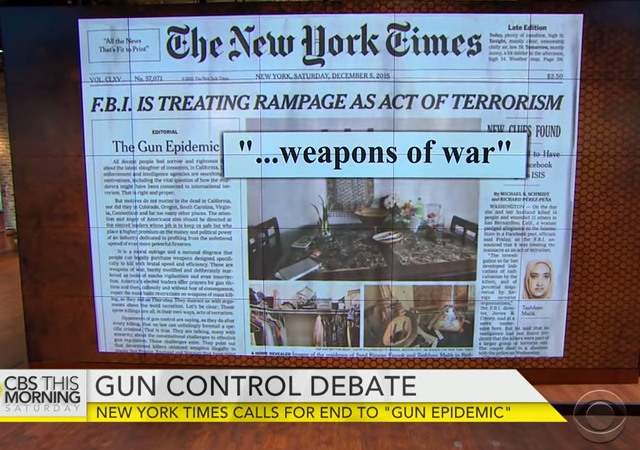 In the early days of blogging there was a blog called Oh, that liberal media, which regularly exposed instances of liberal media bias. In fact in the early days of blogging that was one of the top achievements of the blogosphere, to point out the easy political bias most supposedly objective news sources engaged in. I used to think that the blogosphere would serve as a necessary corrective to the media, but that hasn’t happened.

In recent years, I don’t think that the criticism has had the same effect, even if in some ways the media cocoon has worsened. I think that conservative media critics have convinced all those who can be convinced of the bias and now either people accept the bias because they agree with it or look to alternative news sources because they don’t trust the MSM. And the MSM started paying less attention to the criticism. Most of those who were persuadable have been persuaded. (As far as those who deny that such bias exist … it’s hard to deny when prominent journalists have boasted of the bias.)

But I still believe that it’s possible for the media to jump the shark. At some point the media will show that they are so hopelessly out of touch with most voters, that even non-ideological types would cease to believe them.

Glenn Reynolds’ op-ed Monday in USA Today makes me wonder if the media may have just reached that point with the front page New York Times editorial over the weekend calling  for confiscation of all guns in the wake of last week’s San Bernardino terror attack.

In his op-ed Reynolds (Instapundit) wrote that there’s a very good reason that President Obama and his supporters may want  to focus on something other than the Middle East, the economy or personal safety:

The problem is, ignoring those issues doesn’t make them go away. Obama’s Middle East policy is still a miserable failure. Putin is still running wild. America’s security from terrorism has seldom looked worse — in the aftermath of the September 11 attacks, we at least thought the people in charge were serious — and life for ordinary Americans isn’t going especially well.

It’s supposed to be the function of a free press to resist politicians’ efforts to duck important issues, not to help politicians duck important issues. But, as Jonah Goldberg also noted, the Times’ dramatic gesture is really a sign of weakness: “It shows you how desperate and frustrated the editors — and liberals generally — are with the fact that this country doesn’t agree with them on guns. It also shows that the ‘national conversation’ most Americans want has more to do with Islamist terrorism and less to do with the alleged ‘gun show loophole.’ This alone doesn’t make the Times’ views or their arguments illegitimate or invalid. But it does illustrate how unpersuasive they are to much of the public. … What’s true for lawyers is also true for newspapers: When you’re shouting and pounding the table, it’s probably because you’re losing the argument.”

And if the Times is seeking to misdirect the public, so too is the administration. Prof. Jacobson called Obama’s speech Sunday night “small.”

Jennifer Rubin explained why it seemed that way, “Obama’s speech on Sunday was so brief and lacking in substance that many will conclude that he and speechwriters were simply going through the motions.”

If American don’t feel that the elites are addressing their concerns, or at least understand them, they won’t support or listen to them.

The editors of The New York Times may believe that focusing on gun control will show that they care. President Obama may think that a little speech will show that he cares.

But I suspect that after eight years of a Democratic administration whose two most significant achievements (ObamaCare and the nuclear deal with Iran) remain unpopular with the electorate, most people won’t buy what they’re selling.

I’ve been disappointed before, but Reynolds makes me wonder if we’ve finally reached the media’s tipping point into irrelevance.

The so-called mainstream media is certainly reaching a tipping point, but it is not between relevance and irrelevance. The MSM has been irrelevant for years, if not decades. No, the tipping point that is being reached is between existence and nonexistence.

Slipped into irrelevance? No. The Main Stream Morons have BEEN irrelevant for YEARS. I cannot remember the last time that any mainstream outlet moved my opinion on any matter, let alone a matter of importance.

That is due to many, many factors. The leftward bent of most media is the largest (which is recognized by all but the most hard-core Leftist). Also is the fact that more often than not I already KNOW the information that the talking-heads and info-babes are attempting to impart, because I am reasonably plugged in to most of the sources that they themselves are getting their supposed “scoops” from.

No, thy have not been irrelevant. In every national election they have been worth at least 5% to the D party, enough to tip elections.

Trump is showing the way to finally make them irrelevant. He plays them like a Stradivarius.

Has the media finally slipped into irrelevance?No, Mr. Gerstman, I think it jumped in blindly with both feet.

It’s not irrelevant, because about half the nation buys into the b.s.they spew.

If only the GOP was led by men and woman, instead of corrupt, ball-less fleas: then, the nation would have alternative leaders to lead the way, instead of the Boehner/McConnell/Ryan/Romney/McCain/Graham/Bush/ etc. group of jerkoffs no one with any pride would admit to knowing, let alone following.

Funny, I haven’t seen the front page of that rag the NY Times in years. I actually started laughing when I saw it in the photo.

The difficulty that we face today is the same we have faced since the beginning of this republic. That problem is how we fail to understand how the purpose of a newspaper is not to tell the news, but to sell copy. If they happen to get the new right in the process, then so much the better. Add to this how newspapers are now owned more and more by ideologues more interested in pushing this ideology than ever before and we can easily understand how what used to be journalism is now propaganda. It is only by having these Democrat led ideologues running these papers that is allowing the absurd “debate” about issues such as global warming, the need for gun control, and others, to continue.

I agree. They have not been about news. The “journalists” are democrat party operatives who must sell the narrative or their replacements will. I think the Dem party is becoming irrelevant. Look at the local elections. The Dems are now importing voters to expand their base.

I disagree only to this extent…

The Mushroom Media is NOT principally motivated by the drive to serve their customers (and hence sell papers or the equal). In fact, they hold much or most of their customer base in utter contempt.

Like Hollywood, they know what would sell, and they are loath to provide it. It’s all about the Collective now.

The free market does govern, and all one has to see is the rise of Fox and talk radio (making fortunes.)

There has always been bias in the news, but the generation running the news has, since childhood, been thoroughly corrupted by asinine leftist indoctrination Therefore, their corruption is not manifested as mere ‘bias,’ but as lunacy matching the nonsense they were taught throughout school.

Want to change the media? Rabidly purge the media of the wackos running it. How to do it? With your pocketbook. How to eliminate the vile lies and hatred MSNBC spews (and NBC manufactures?) — boycott their parent company, GE – and vote against any politician who has anything to do with GE.

We got rid of Boehner. Next on the radar are those putzes Ryan, McConnell and Pee Wee Prebus. Replace them with conservatives willing to do battle for the constitution and our way of life, and you’ll see education change, and along with it, everything else.

Between the Pres. & the Media, They are trying to direct us away from the truth. The pres. minimizes things and the Newspaper backs him up. The pres. wants to disarm us so we won’t hurt his Islamo-Terrorists. The Shooters/Bombers were just back from Saudi Arabia, and they were ” Just,” Radicalized ? ” They all read from the same Koran. Let’s not excuse their actions constantly. Trump is the only one brave enough to give Bold answers.

The ‘pres’ is a traitor.

The media morons who wipe his ass when he craps himself are the product of the loons we allowed to educate them.